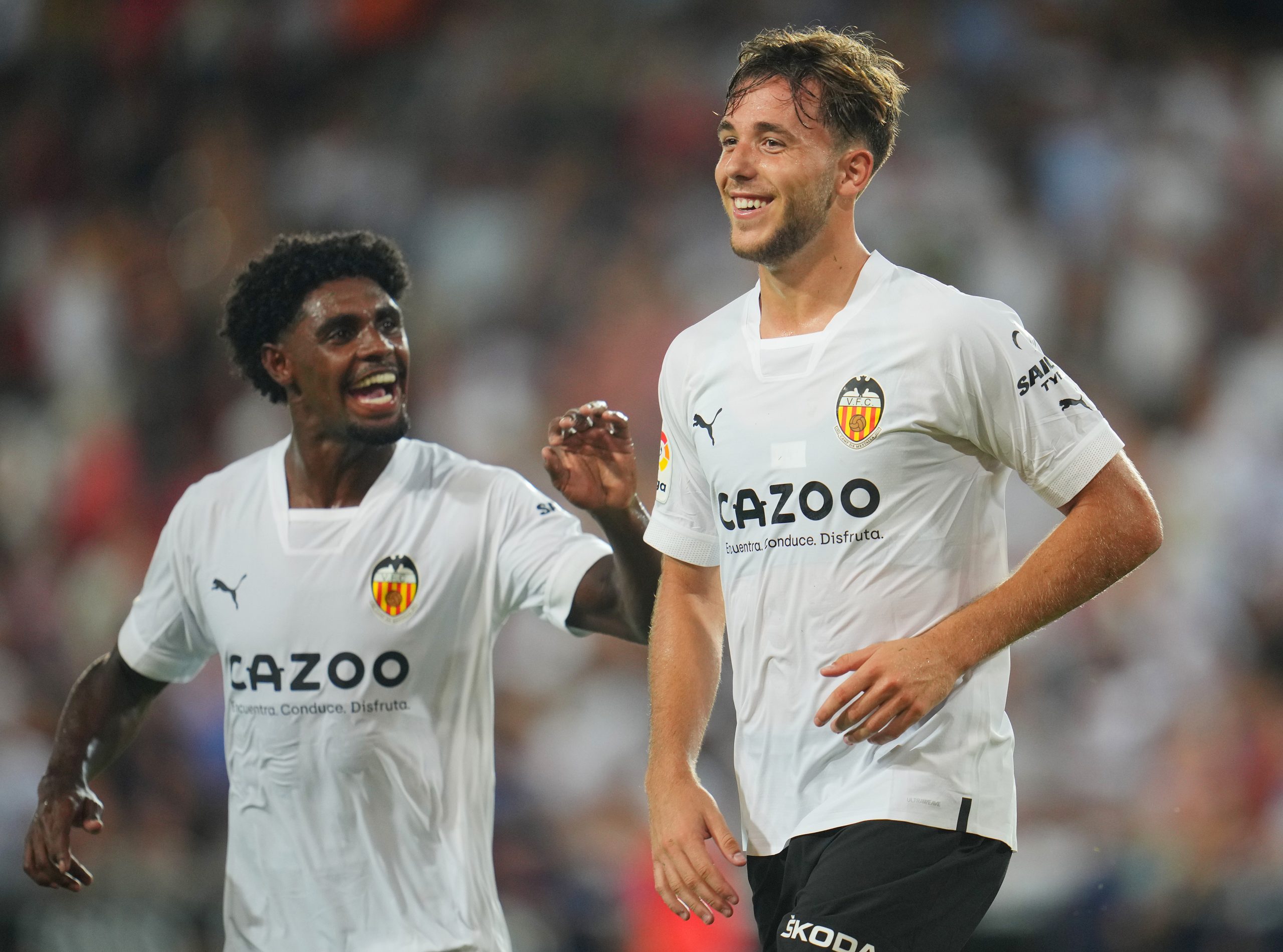 Nico Gonzalez was one of several Barcelona youngsters sent on loan by the club to gain more experience at the highest level of football.

The youngster was rated highly by coach Xavi Hernandez. But it appears the player wanted to move elsewhere in order to gain more opportunities and continue his progress. As such, he joined Valencia on a season-long loan deal.

A month into the new season, Nico is starting to gain traction in the Valencia first team, having featured in all six league matches so far.

In a recent interaction with El Larguero, Nico was asked about his prospects at Valencia for the remainder of the campaign. He also made it clear that his loyalty lies with Barcelona and he has no intention to join Real Madrid in the near future.

When asked if he would ever consider joining Real Madrid in the future, Nico replied: “No, I’ve been a Barça fan since I was little. I’m very happy in Valencia, I’ve been very happy at Barça and I don’t think I’ll end up at Madrid.”

Nico went on to offer more clarity on Barcelona’s decision to loan him out in the summer, suggesting it was his desire to leave the club. “I asked Xavi Hernández to go on loan and he understood. He wished me a lot of luck and he made everything easy for me to go out on loan,” he added.

Regarded as one of the most talented players to come out of the famed La Masia youth academy, Barcelona have major plans for Nico. The youngster was notably identified as the ideal alternative for Sergio Busquets earlier in the summer.

Although he ended up joining Valencia, Nico still has a significant chance of breaking into the Barcelona first-team next season, especially with Busquets likely to depart in the summer of 2023.

And unlike a former La Masia graduate, Gerard Deulofeu, the 20-year-old Nico has no desire to join Real Madrid any time in the future.