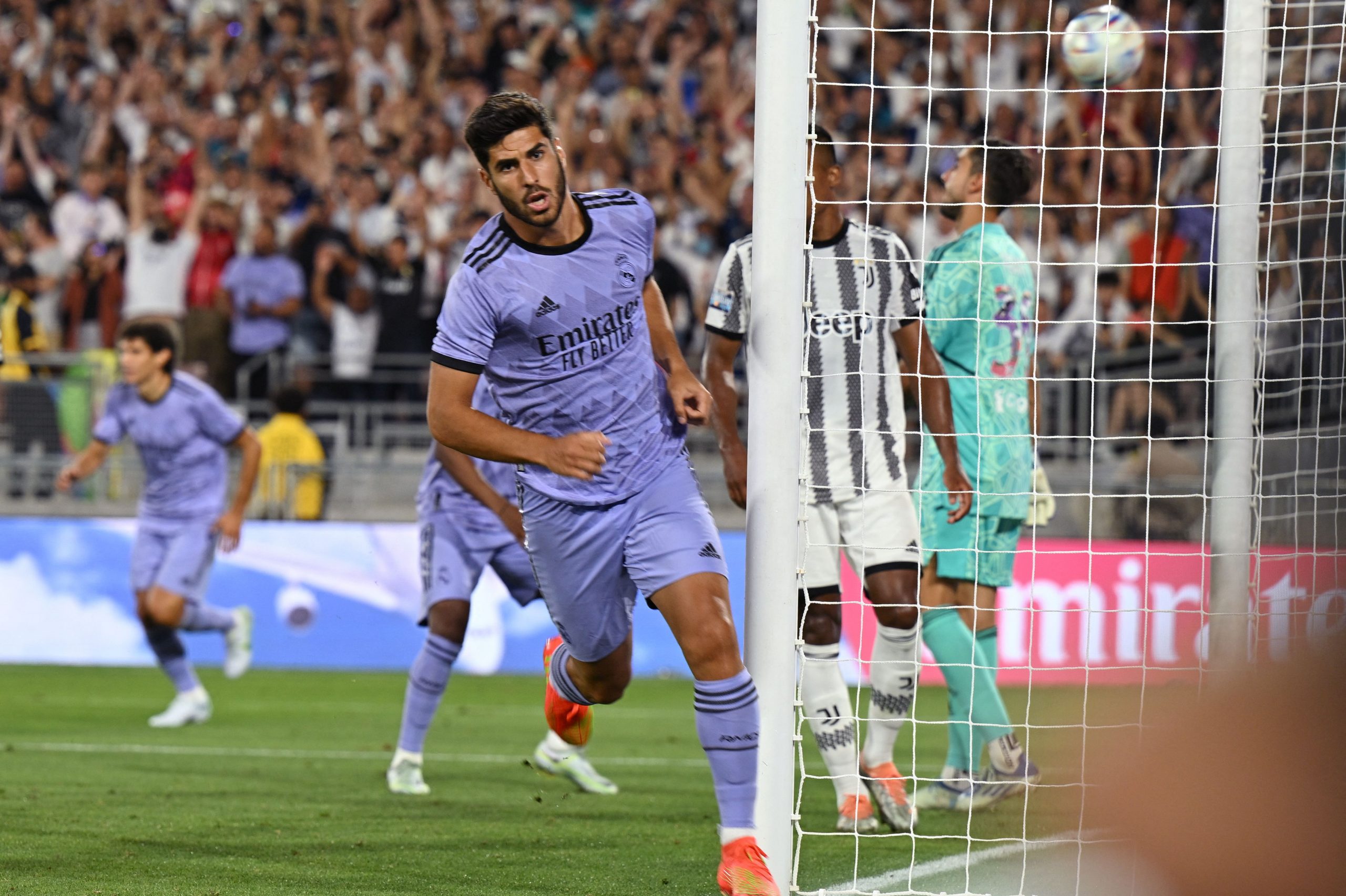 Real Madrid are keen on sorting out the future of Marco Asensio before the transfer window slams shut in less than a week.

The 26-year-old has entered the final year of his contract with the reigning champions of Spain and England and has refused to pen a new deal. However, there have not been many takers for the Spanish international so far, putting his future in limbo.

But, both Asensio and Real Madrid could find a reprieve in the final week of the transfer window as the winger is picking up interest from clubs in England and Italy.

Indeed, Manchester United are reported to be keen on signing Asensio from Real Madrid before the transfer window closes.

Now, according to journalist Sergio Santos on El Chiringuito TV, AC Milan have joined Manchester United in the race to secure the services of Asensio.

Milan have been linked with a move for the Spanish international on and off all through the summer. However, the rumours had died down in recent weeks, with the Rossoneri reportedly deciding to try their luck next year, when he would become a free agent.

However, it seems like they are back in the hunt for Asensio’s signing, as they seek upgrades in their attacking options on the right flank.

Manchester United, meanwhile, could be viewing the Real Madrid ace as an alternative to top target Antony, for whom AFC Ajax are demanding a king’s ransom this summer.

Once heralded as the future of Real Madrid, Asensio has lost his way in the last couple of seasons, failing to hit the heights expected of him after a serious injury he suffered a few years ago.

While he did score ten goals in La Liga last season, the 26-year-old has looked a shadow of his best self and could soon be on his way out of the Santiago Bernabeu. Whether it is to AC Milan or Manchester United or a different club altogether remains to be seen.