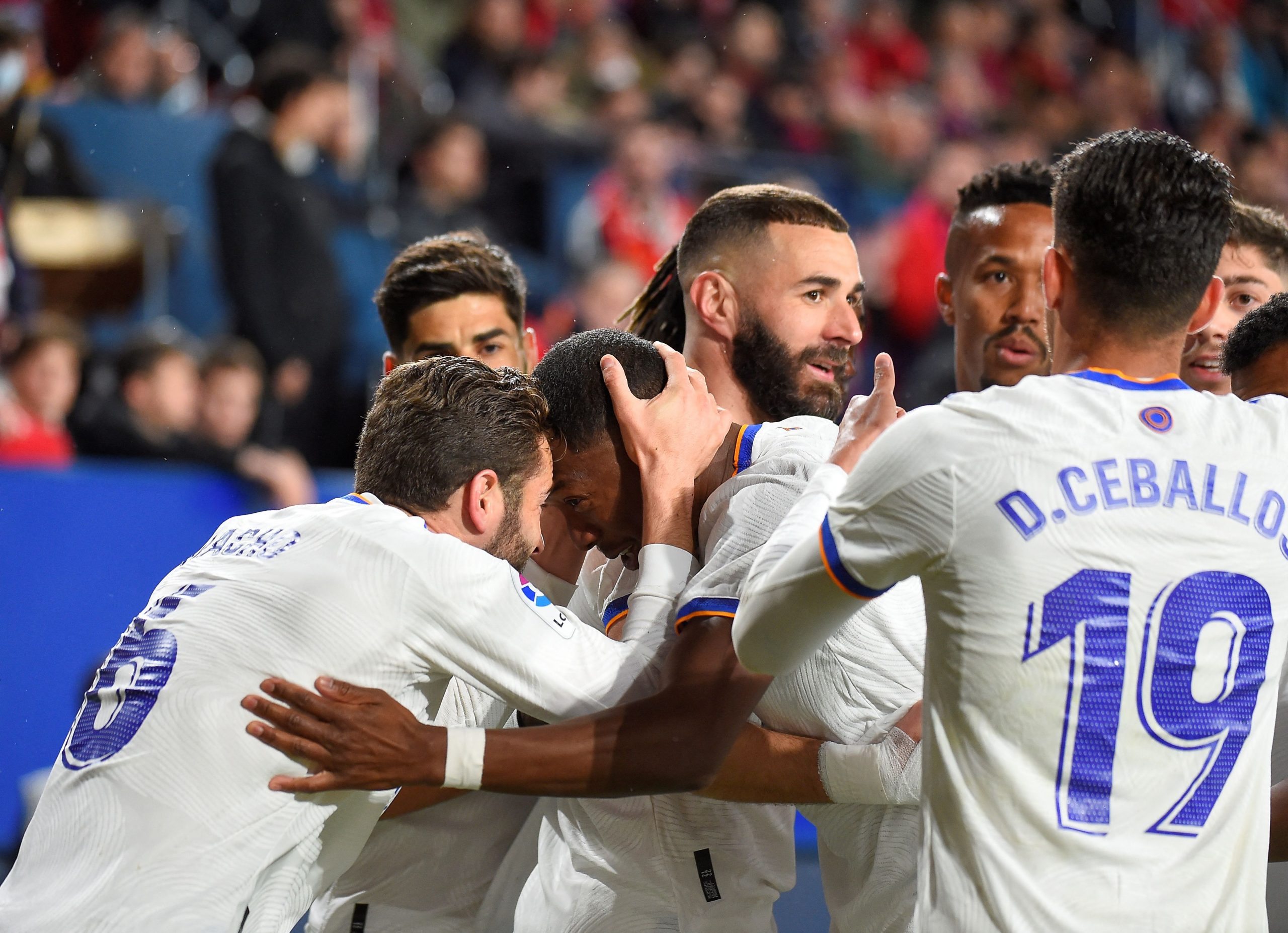 Real Madrid’s 4-0 drubbing of Espanyol saw them seal their 35th La Liga title in front of a full Santiago Bernabeu. The attention now turns to the Champions League as Madrid look to secure their third trophy of the season.

Carlo Ancelotti’s side trail Manchester City by one goal heading into the second leg. The game between the two European giants last week was a goal-fest with seven goals scored on the night, and one can expect the same tomorrow.

For the clash against Pep Guardiola’s side, Ancelotti confirmed the team will be without the services of David Alaba. However, the Austrian is the only notable absentee for the big game and the rest of the squad is expected to be available.

This is how Real Madrid could line up against Manchester City in an attempt to secure a place in the semi-finals of the Champions League.

Thibaut Courtois has been one of Real Madrid’s stand out performers this season. There rarely passes a game in which the Belgian has not made a game-defining save. He is a guaranteed starter tomorrow.

With David Alaba out injured, Nacho Fernandez is expected to take over duties at centre-back. The Spaniard had a nightmare of an outing at Etihad, and will look to make amends in the second leg.

Speaking about catastrophic performances, one cannot forget Eder Militao in the first leg last week. The 24-year-old seemed lost on the night as he allowed the English attack into the box repeatedly.

He was directly responsible for City’s third goal last week and will look to capitalise on his start tomorrow.

At right-back, one can expect Daniel Carvajal to get a start. The 30-year-old has been in good touch lately, recording two assists in his last three games. He will be a player to keep an eye on in the final third.

Ferland Mendy provided two assists in the team’s 4-3 loss to Manchester City last week but had a poor night defensively. On a night when the team cannot afford to concede, he will have to step up and perform on all fronts.

Whenever Real Madrid require a comeback, the midfield has been a sector that has come up with answers.

The veterans have shown repeatedly that they have the experience required to steer the team through adversity, and Ancelotti will hope that Wednesday’s game follows suit.

Casemiro played as a centre-back in Real Madrid’s last game. However, he should return to his natural position of defensive midfield on Wednesday.

The Brazilian is expected to be supported by Luka Modric to his right and Toni Kroos on the left. The German international has been solid, yet subdued in recent games and will be motivated to take a more prominent role on the night.

The front-three of Real Madrid seems to be another department where there is little doubt over the starters. Karim Benzema should play as the centre-forward against City and look to spearhead his team’s comeback.

The Frenchman has been in imperious form in the Champions League this season, and nothing suggests that Wednesday will be any different.

Benzema will be supported by Vinicius Jr to his left. The youngster has three assists and a goal in his last five games and must step up his game if the team are to advance in the Champions League.

The final player in the lineup is Rodrygo. The youngster has taken prominence over Marco Asensio in recent weeks, scoring four goals and providing an assist in his last five games. Needless to say, he will be under the spotlight against Manchester City.

Lucas Vazquez has proven to be a valuable option to replace Carvajal in the second half. The manager could turn to the Spaniard if the side need a boost of energy in the secind half.

Eduardo Camavinga could replace Casemiro in the second period to maintain the high tempo and pressure on the night.

Federico Valverde has been one of the manager’s most trusted players and will certainly have his share of minutes in the second half.