Real Madrid kicked off their LaLiga title defence with an away victory against UD Almeria. The hosts held their own for the first half, frustrating Los Blancos to just a handful of mediocre chances in front of goal.

Despite their best efforts, the Champions League winners met nothing but blocks for most of the first half, while being a goal down.

In the second period, with Almeria’s energy levels going down, Los Merengues capitalised on the mistakes made by their rivals’ defence to score two and grab a difficult victory.
Join Madrid Universal as we explore how each of the players fared in this episode of the player ratings.

The Belgian conceded a difficult strike against Largie Ramazani early into the game, however, for the remainder of the encounter, he held his own rather commendably.

At right-back in place of Dani Carvajal, Vazquez did a sensational job in defence and attack. His positioning severely mitigated Almerua’s threat, and in the second half, he started the comeback with an instinctive finish to draw the game level.

Rudiger had quite a rude awakening on his LaLiga debut. Sadiq and Ramazani caused him immense problems, and in the first half, it was he who kept the latter onside to open the scoring. Far from the debut, he would have wanted, but there are more games to come.

Like Rudiger, his performance initially was quite poor. In the second half, as he grew in confidence, his levels also improved.

Like a fish out of water, Mendy was incredibly uncomfortable at left-back. Much like his game against Frankfurt in midweek, he was very shaky, made careless mistakes, and detracted far more than he added to the team.

In the first half, the Frenchman suffered under pressure. His decision-making ability was completely off the expected levels, as he carelessly lost the ball. His needless yellow card ended a quite poor half from Camavinga.

Far from the best debut in the world, however, Tchouameni did have a handful of good moments. The Frenchman, especially in the second half, tried to link up with his teammates better, particularly with Vinicius, who owned the right wing. Some issues pertained to chemistry which will surely be fixed over time.

The German was one of the very few people whose performance was worth writing home about. His creativity was unparalleled, and only a marginal offside deprived him of what would have been an exquisite assist in the first half.

With the Uruguayan, there is hardly any way that Real Madrid can go wrong. His energy down the right flank caused endless trouble for the American Almería defence, as not only did he attack but also press valiantly.

Arguably the world’s best player in the world, and in a quiet game by his very high standards, he still contributed to the team. The Frenchman’s link-up play was phenomenal, and he eventually grabbed the assist to start the comeback.

Could have had a goal or two to his name on any other day, though, as his finishing was far from his usual standards.

Almost all of Real Madrid’s attacks have one thing in common: the name Vinicius Jr. No goal, not even an assist, but a relentless threat down the left channel by the Brazilian.

According to La Liga, more than 35 of Los Blancos‘ attacks were in one way or another created by him. His dribble led to the opener, and had Benzema’s finishing been just a tad bit better, he would have had a couple of assists to his name.

Upon his entry, the Croatian added some much-needed stability to the Madrid midfield.

Playing as a false 9, he combined well with his teammates in the final third. While not direct, he did have slight contributions to both goals Madrid scored.

What a way to start the season for the Austrian. With his first touch of the game, Alaba scored a freekick to complete Real Madrid’s comeback

He played far too few minutes to be considered for a rating.

He played far too few minutes to be considered for a rating. 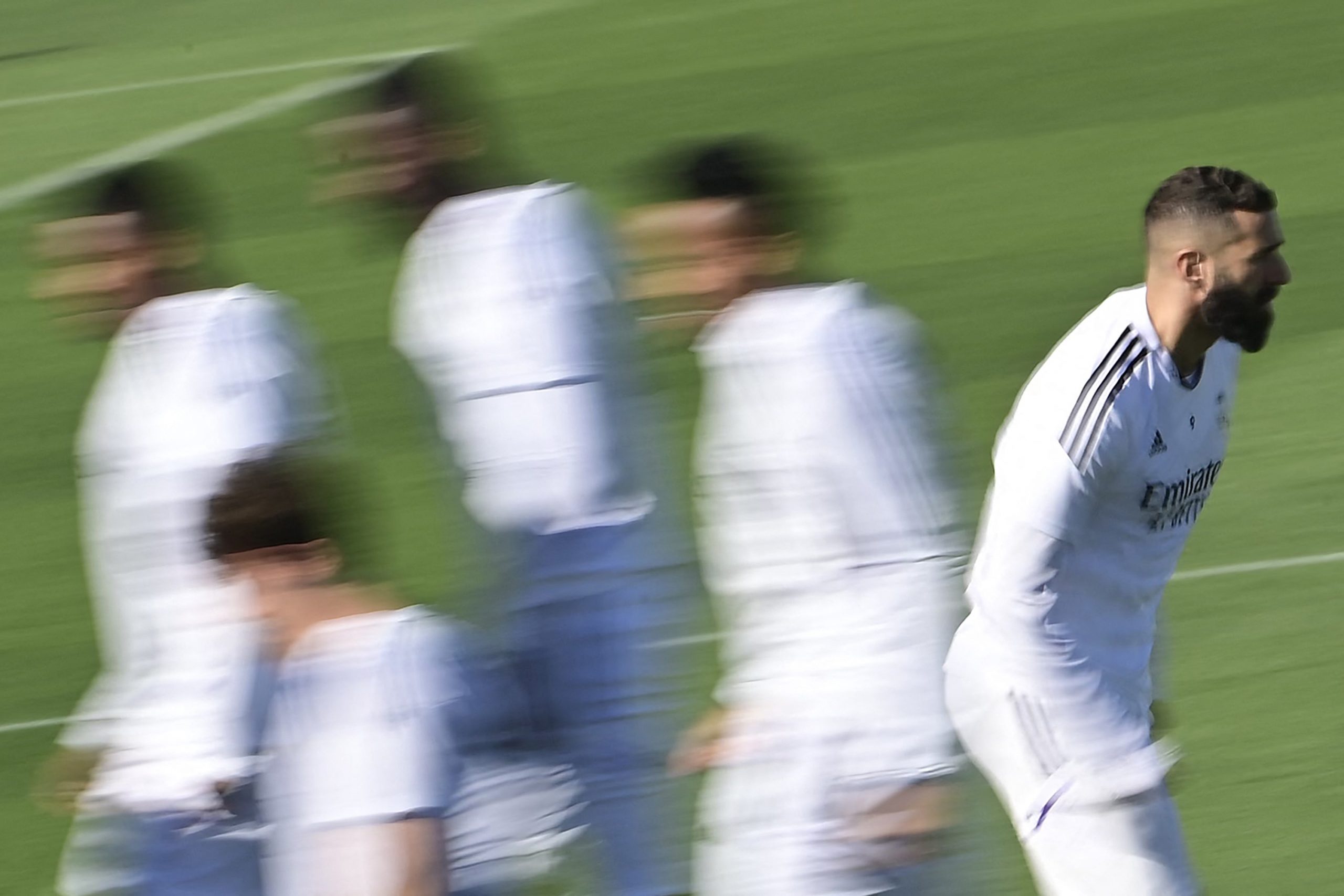