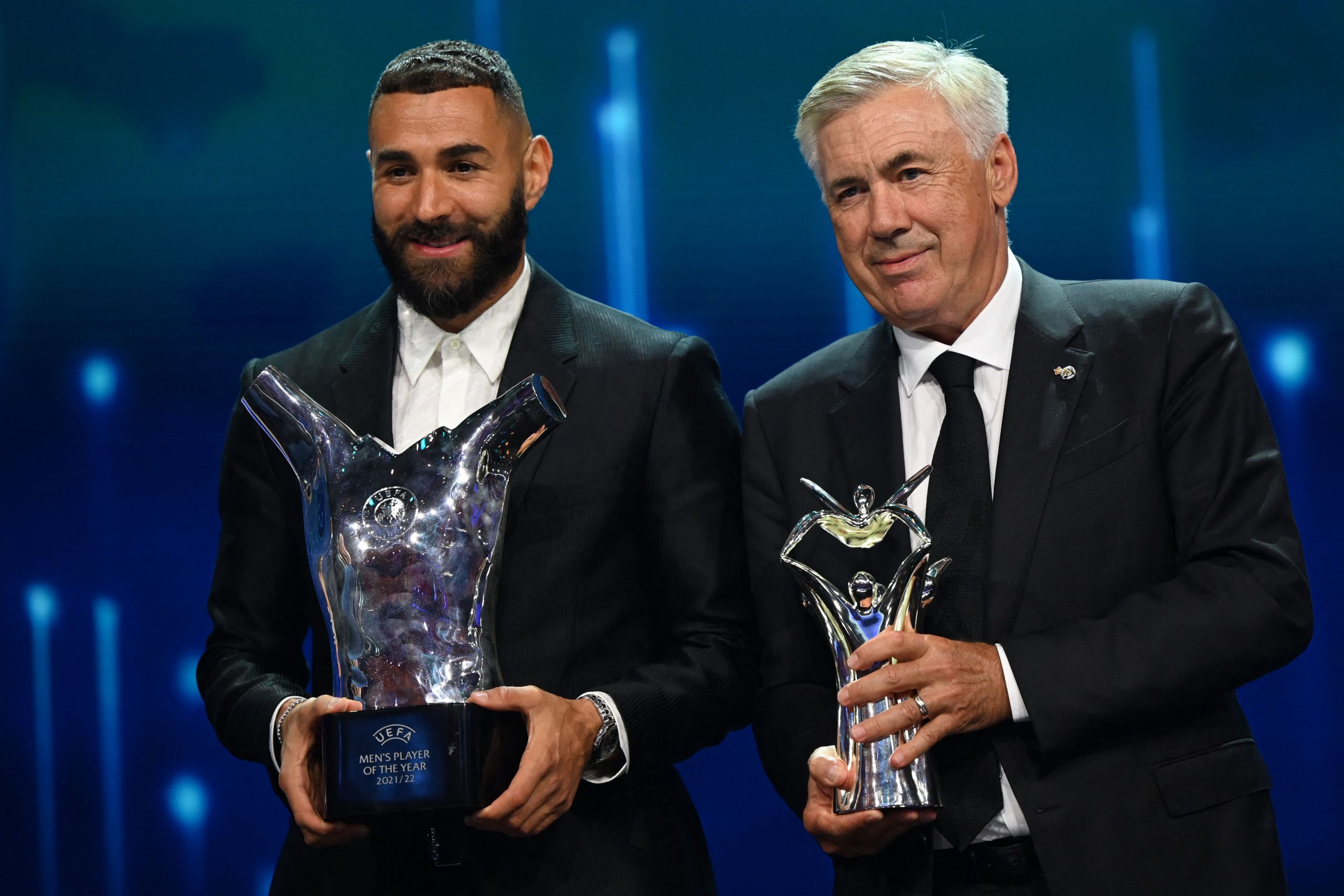 As a part of the same event, UEFA also awarded its various awards for the previous season to acknowledge the individuals who excelled on various fronts. Needless to say, Real Madrid was well represented on the podium.

Karim Benzema was officially declared the UEFA Player of the Year after a spectacular season where he led his team to the UCL title almost single-handedly.

The Frenchman expressed his gratitude to the club and manager amongst others and shared his thoughts on why he had a phenomenal run last year.

“I would like to thank my teammates, my coach and the president. Without the president of Real Madrid and Ancelotti, I would not have won this award. We at Real Madrid do not know how to give up, we fight for everything until the last moment,” he said, as quoted by RM4Arab.

He had only praise for his manager Carlo Ancelotti and said it was his fortune to work under the Italian.

“Ancelotti, in my opinion, is the best coach in the world. I’m very fortunate to play under Ancelotti and I hope he stays at Real Madrid for as long as possible.”

Ancelotti, too, had an honour to his name as he picked up the UEFA Best Men’s Coach award. The Real Madrid coach conveyed his gratitude while collecting the award as follows,

Then, the coach spoke about what made his team special and separated them from other elite European sides.

“I have a crazy passion for this sport. The quality of our players has been great last season. There was a great relationship and bonding with the experienced and young players and this helped us a lot as we reached and achieved the desired goal. The fans helped us a lot and were a key factor in our success.”

Finally, Ancelotti gave his view on Karim Benzema’s imperious form last year which made him the favourite to pick up the best player award.