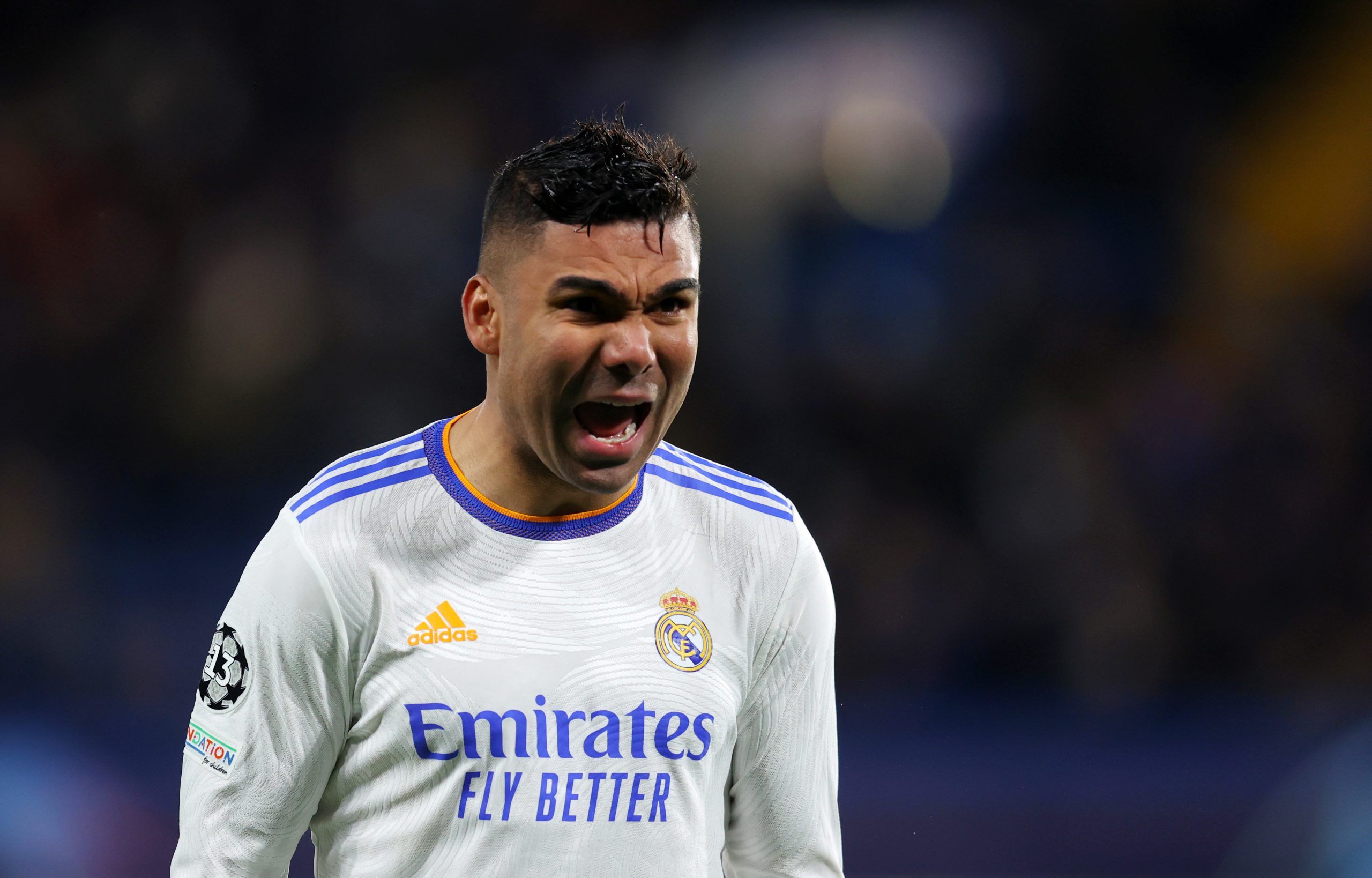 Real Madrid have started their 2022/23 season flawlessly, winning the UEFA Super Cup against Eintracht Frankfurt, and then registering a 1-2 win over Almeria in the La Liga opener.

They face a considerably tougher challenge now, though, as they take on Celta Vigo at the Municipal de Balaidos. Speaking ahead of the game as part of his press conference, Madric coach Carlo Ancelotti dropped a bombshell about Casemiro.

The defensive midfielder has been linked with a move to Manchester United, with the Red Devils having bid over €60 million for his services.

“I have spoken with Casemiro. He wants a new challenge. We understand the decision. Negotiations are ongoing, but he has decided to leave Real Madrid,” Ancelotti said, as quoted by Fabrizio Romano.

“Yesterday, I realise that it [Casemiro to United] was a real thing. My plans won’t change.”

For the majority of the last decade, Casemiro was left without an actual replacement at defensive midfield. Toni Kroos, Federico Valverde, and other players were called upon to serve as his deputy.

Fortunately, Madrid have sorted out a long-term replacement for the Brazilian this season in Aurilien Tchouameni. Ancelotti had huge praise for the young Frenchman ahead of Casemiro’s imminent exit.

“Casemiro will not play on Saturday. Replacement? We have signed Tchouameni, and he is one of the best on the market. Then we have Kroos and Camavinga also.”

Not too long back, Ancelotti had confirmed his ideas about also possibly using Tchouameni and Casemiro together, suggesting a double pivot.

“I think they can play together. Even though they’re both pivots, they have different characteristics. They’ll surely play some games together, perhaps with a double pivot.”

Tchouameni now has a clear shot at a starting spot in Madrid’s midfield, and he must prove himself worth the hype, and the €100 million fee.