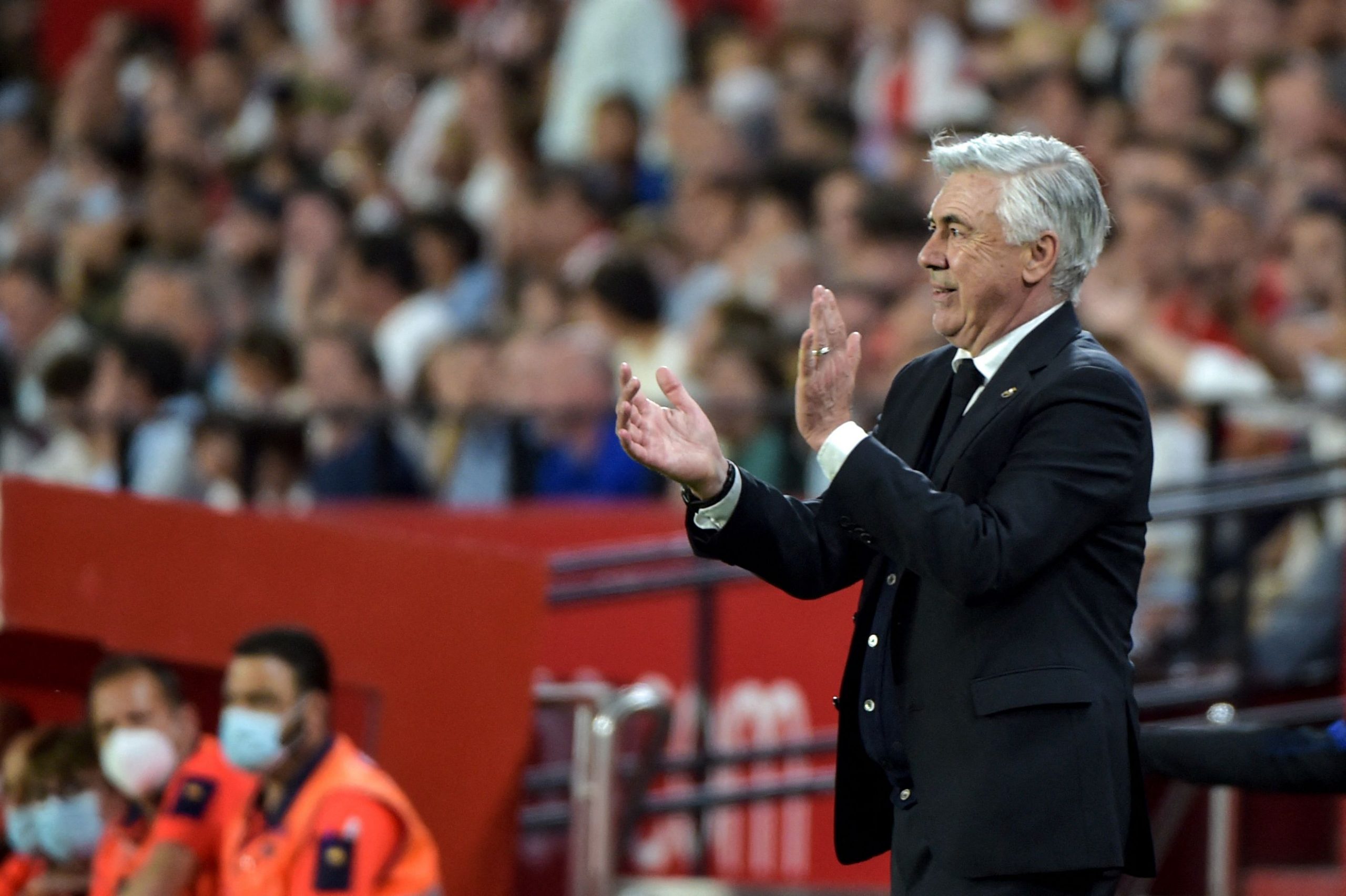 Carlo Ancelotti did not hold back in his criticism of the referee after Real Madrid’s comeback win against Sevilla on Sunday night.

Having gone behind two goals in the first half, Real Madrid fought their way back into the contest in the second half as goals from substitutes Rodrygo Goes and Nacho Fernandez helped them reinstate parity.

Karim Benzema then dispatched the match-winning goal in the stoppage time to send the travelling supporters into a frenzy at the Ramon Sanchez Pizjuan.

The game was marred by some inconsistent refereeing decisions, with Los Blancos being at the receiving end of a harsh handball call.

Vinicius Junior had put the ball into the back of the net in the 76th minute, but the goal did not stand as the referee deemed that the Brazilian had handled the ball. Despite a lengthy VAR check the decision was not overturned, even though it was evident that it was not a handball.

At the same time, Sevilla went unpunished when the ball appeared to have struck the arm of Diego Carlos inside the box.

Speaking in his post-match press conference (h/t DAZN), manager Ancelotti expressed his displeasure at the officiating, claiming that the referee ‘had a plan’ against his team.

“Vinicius’ goal was never a handball. It’s difficult for me to understand the handballs. It seems the referee had a plan for the game.

“Vinicius told me that he didn’t touch the ball. I can’t believe the ref disallowed that, if he had given the red card to Camavinga as well – his plan would have worked perfectly.”

Commenting on his team’s ability to come back from difficult situations, the manager said: “We’re getting used to such games, this team is capable of special things. Everyone is waiting for Real Madrid to have a flat tire, but we’re cruising through.”

“I’m not saying that I am surprised because this team does not surprise me, but this second half makes me proud. I have to thank all of the players,” he added.

Ancelotti also praised the impact made by Rodrygo on the night while also name-checking Eduardo Camavinga for showing improvements in recent weeks.

“Rodrygo made a difference, just as Camavinga did these last few games. We’re working on them to improve and start getting into starting line-up,” the Merengues’ head coach stated.

When asked if Rodrygo was better utilised as an impact substitute from the bench, the manager replied: “This is what stats say. I think he will be a great player. He played an amazing game today.”

The Italian tactician insisted that Real Madrid had not yet won the La Liga title, but the victory away to Sevilla will serve as a major confidence booster. “We haven’t won the league yet but it’s a confidence boost to win here tonight,” he said.