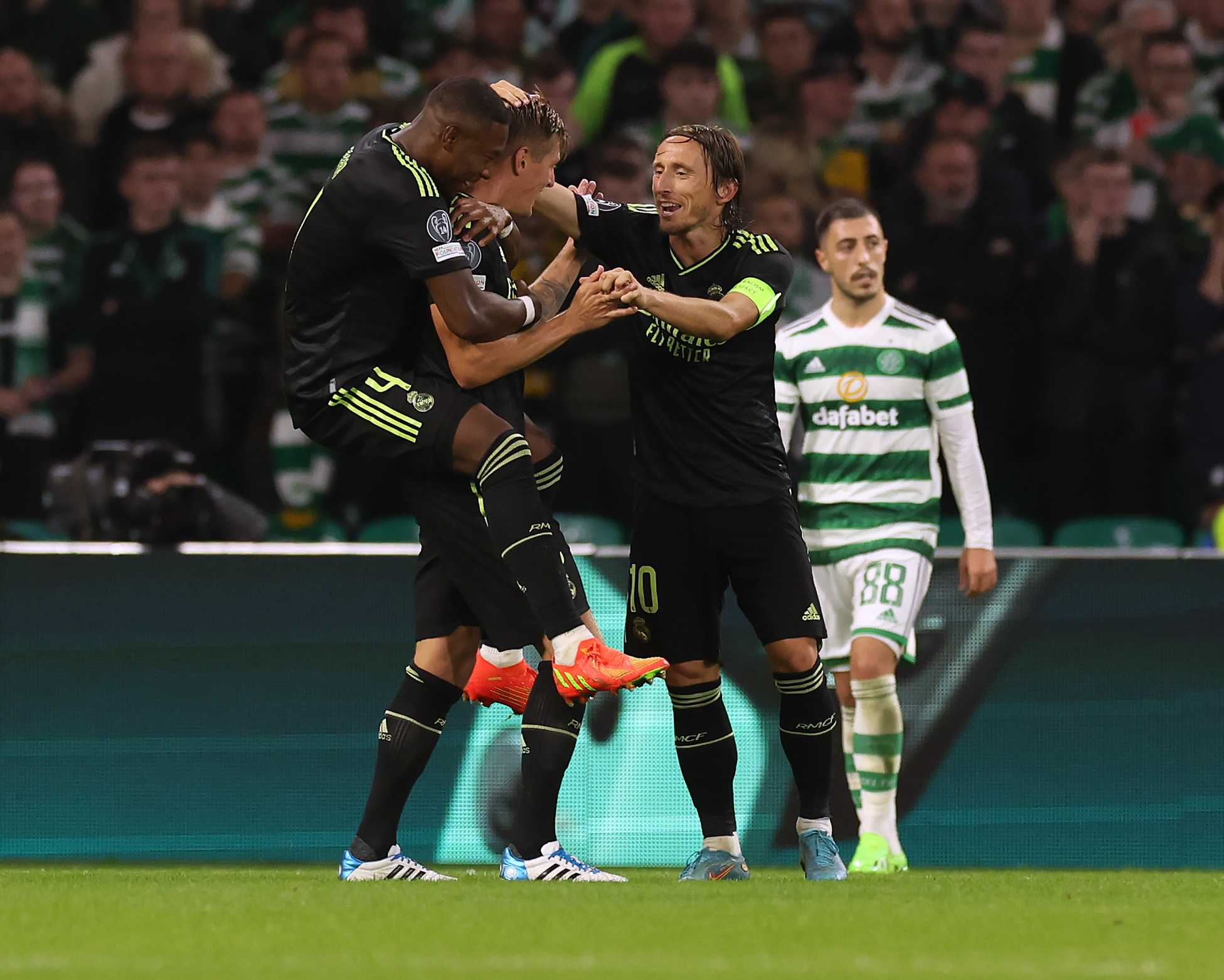 While Real Madrid are set to miss club captain Karim Benzema for the all-important derby clash against Atletico Madrid, their midfield looks pretty much sorted, with Diario AS (via Madrid Xtra) claiming that Carlo Ancelotti is mostly like to prefer the trio of Toni Kroos, Aurelien Tchouameni and Luka Modric.

As it turns out, the record European and La Liga champions do not really have major injury concerns apart from Benzema and Lucas Vazquez. This potentially means there are chances that the fans will see a similar attacking trio as they did against Leipzig in a 2-0 win.

In that regard, the aforementioned outlet also claims that Vinicius Jr, Rodrygo and Federico Valverde will occupy the front three spots.

In defence, with Vazquez missing, Dani Carvajal is likely to retain his place while a certain Eder Militao is expected to return as well. The Brazil international picked up an injury against Celtic in the UEFA Champions League, forcing him to miss his side’s next two games.

Like Militao, Benzema, too, had injured himself against Celtic while Vazquez, 31, was injured against Mallorca. The two players continued to train inside the facility while the rest of the squad did their drills on the field.

As far as Real’s midfield options are concerned, Eduardo Camavinga, who is a strong contender to win the Golden Boy 2022 award, is expected to lose his place. The 19-year-old was given the nod against RB Leipzig as Ancelotti decided to rest Toni Kroos.

As it turns out, the former Rennes midfielder didn’t do enough to convince the manager as he was subbed off minutes after the hour mark.

So, for now, the only change in the midfield during the Madrid derby from the Leipzig win is expected to be the inclusion of Kroos in place of Camavinga, while Tchouameni and Modric will continue to keep their places.