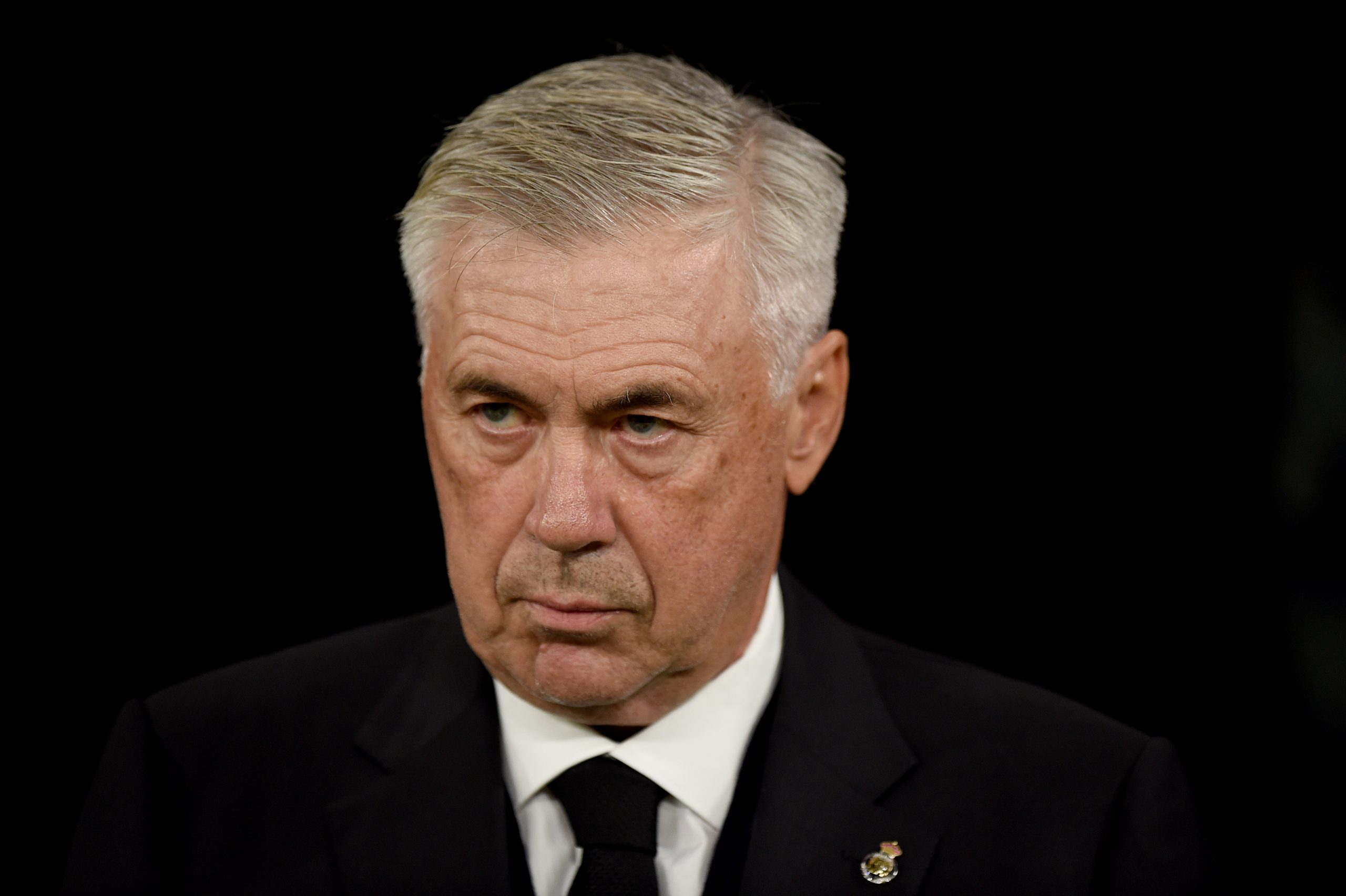 Real Madrid’s winning streak in the new season came to an end on Sunday night as they were held to a 1-1 draw against Osasuna at home. Los Blancos had 22 shots, three big chances and hit the woodwork twice on the night but could not pick up all three points.

Vinicius Jr scored a sensational goal from outside the box late in the first half but the visitors equalised in the 50th minute through Kike Garcia. Captain Karim Benzema had the chance to seal the game in the 78th minute but missed from the penalty spot.

Carlo Ancelotti spoke to the press after his team’s draw and addressed topics including the penalty miss and Eden Hazard. Here are the key quotes from his presser.

On the missed opportunity: “We deserved the win but we missed a penalty. It’s normal, setbacks happen. This is football.”

On Thibaut Courtois’ injury: “Courtois will undergo exams tomorrow and we will see how he feels. It’s not a serious injury but we have to see if he can play on Wednesdays.”

On Karim Benzema: “It has not been his best game, but obviously he is not so fresh and he needs to work. He hasn’t played for a month.”

On Benzema missing the penalty: “Benzema is the best penalty taker in the squad. He scored an important one vs City last season and this won’t change.”

On not playing Eden Hazard: “We needed Mariano’s abilities tonight, not Hazard’s.”

On his team’s performance: “Our team was slow in the first half. I made changes in the 2nd half because we needed fresh legs and more intensity.”

On whether his team deserved the win: “We conceded two shots and didn’t play at a high rhythm. But we deserved to win.”

On the result: “Tonight’s game wasn’t good but it happens, it’s a long season. Now we will start a new winning streak.”

On how the players took the result: “The players are sad because we didn’t win. This is the reason why won titles last season. We’re not happy with this draw.”