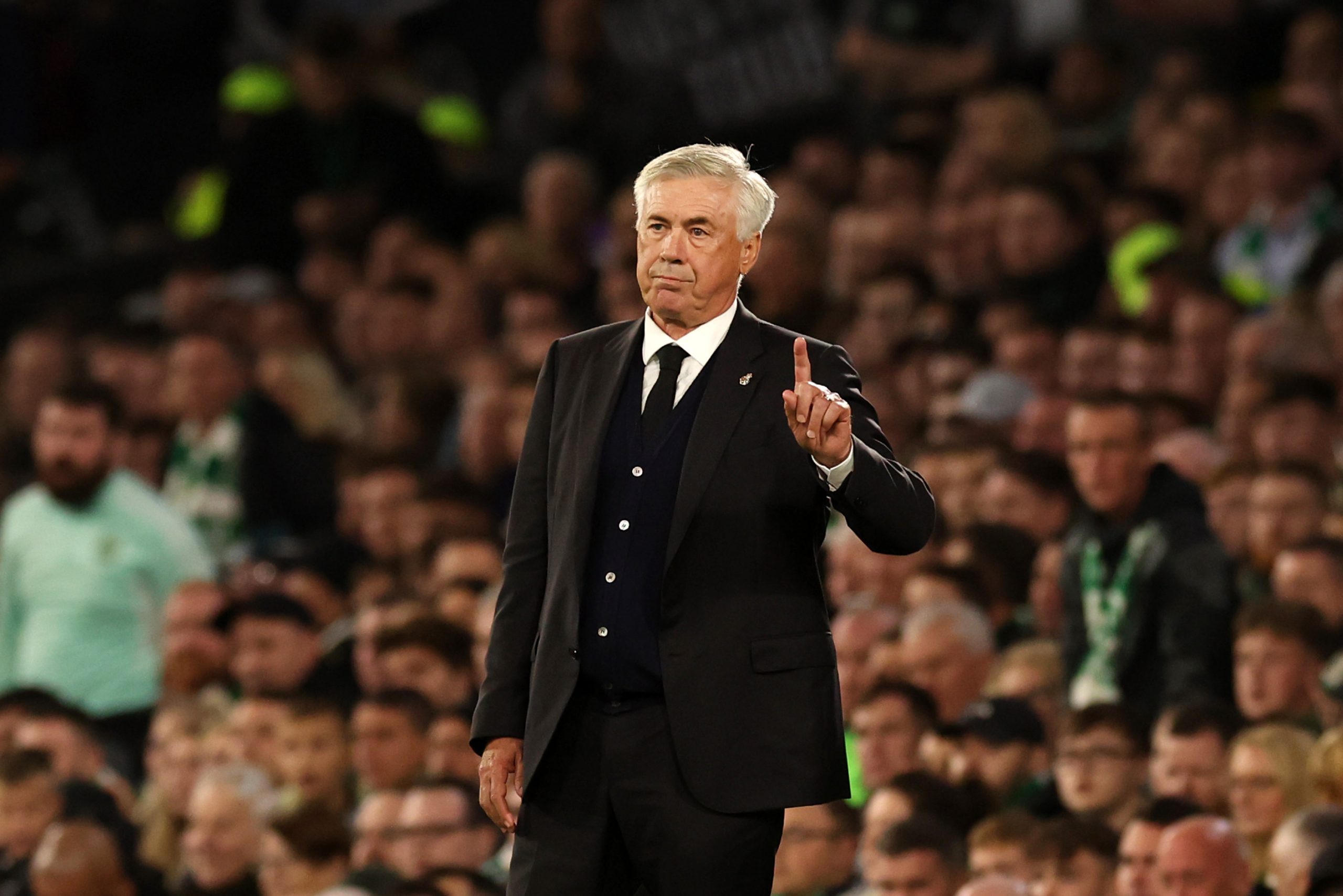 There were no problems for Real Madrid in securing three points from their opening UEFA Champions League clash of the season against Celtic.

The game in Glasgow ended in a 3-0 win for Los Blancos as Vinicius Jr, Luka Modric and Eden Hazard found their names on the scoresheet. The only blemish from the evening in Scotland would be the injury to star striker Karim Benzema, which saw him get withdrawn in the first half.

Celtic put up a valiant fight in the first half, but their energy and pressure reduced in the second period. Los Blancos on the other hand, played a perfect second half taking all the chances that came their way.

Carlo Ancelotti spoke to the press after his men’s dominant win. Here are the snippets from his press conference.

On the French striker’s expected return: “We have to wait for the tests tomorrow. Then we will know what Benzema has.”

On the difficult first half: “We played much better in the second half. But we expected that first half, we knew they would play with such intensity.”

On the MOTM, Toni Kroos: “Kroos played a fantastic game.”

On the venue and atmosphere: “This is a difficult stadium, with fantastic atmosphere and supporters. It was nice to play here.”

On suffering two injury blows in one game: “Benzema and Militao? Does not seem serious, but we will see.”

On Eder Militao’s substitution: “Militao has an overload in his hamstring, and I preferred not to risk him. Also, we have Rudiger who is 100% reliable.”