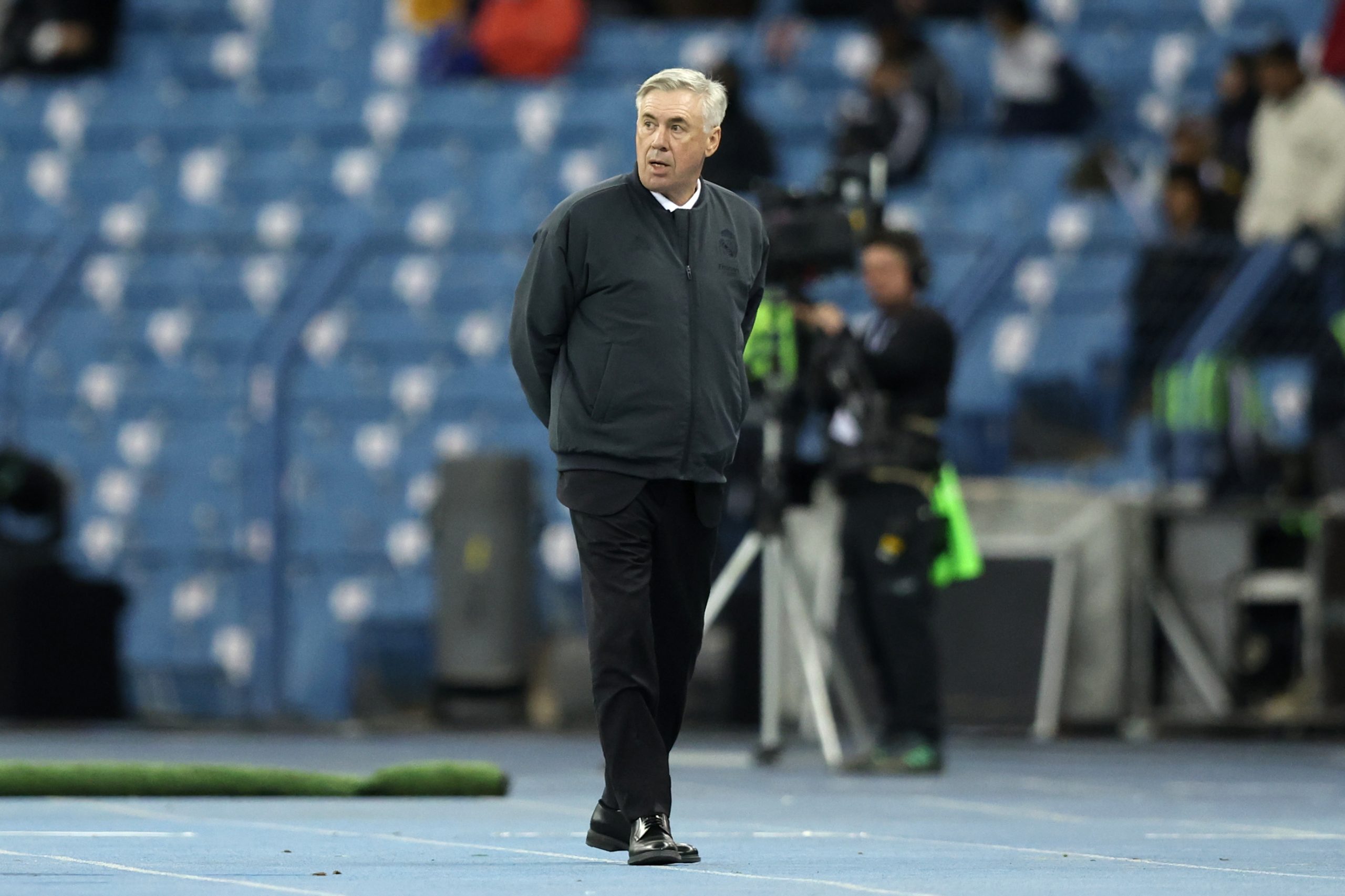 Real Madrid were once again far from their best against Valencia in the semifinal of the Spanish Super Cup. Pitted against Gennaro Gattuso’s side, the Merengues needed a penalty shootout to seal their place in the next round as the game ended 1-1 after extra time.

Karim Benzema gave his side the lead in the first half after winning and converting a penalty. However, sloppy defending immediately after the break saw them concede, pushing the game to 120 minutes.

Ultimately, Thibaut Courtois came up clutch, with important saves during the game and a stop in the penalty shootout to clinch it for the champions of Spain and Europe.

Carlo Ancelotti spoke to the media after his team’s win in Saudi Arabia and addressed topics including his team’s performance, injuries and Sunday’s final. Here are the snippets from his media interaction.

On his review of the game: “It was a tough and hard-fought match. There are no matches at this level that aren’t tough. We made a clear mistake at the start of the second half, and we made it difficult for ourselves. The first half was fine, and so was the end of the game.”

On Valencia’s performance: “The opposition defended well and created problems for us on the counterattack. We’re pleased. We need to improve gradually, but we did a good job. We weren’t great at several points in the game, but we stayed in it.”

On players’ fitness: “We didn’t have fitness problems because we did better in the final period. We tried to score in extra time and avoid penalties. We’re not at our best because there are players who only returned recently after the World Cup.”

On what held back the team on the night: “We were affected by the injuries to Camavinga and Lucas Vázquez and we brought on players who were pushing the limit, like Mendy and Carvajal. The important thing is that we’ve reached the final.”

On the poor defending for Valencia’s goal: “The block was compact during the match. We tried to remain compact. The move was an individual one and the mistake was a collective one. The players close to the ball didn’t press and the central defensive reading wasn’t great.”

On the injuries sustained during the game: “Camavinga had a knock on his knee, Lucas Vázquez sprained his ankle and Militão felt dizzy. Militão is fine because I’ve spoken to him. We have to evaluate Camavinga and Lucas Vázquez seems to have the most serious injury.”

On reaching the final: “We wanted to reach the final. We do well in the finals and we’ll see what happens. This is a different situation from last year. We’re going to fight flat out to win the Super Cup.”

On players’ availability for Sunday’s game: “On Sunday we’ll have a competitive defence. Carvajal and Mendy have shown that they‘ve gotten over their injuries. We just have to evaluate Lucas Vázquez and Militão.”

On the form of their opponents: “Our opponents are on form at the moment and we’ll have to suffer. Every match is complicated. Our opponents are well-organised and it’s always hard, but the important thing is to win.”

On the penalty takers against Valencia: “I chose the three with the most experience to go first, the coolest. Karim, Modric, Kroos, Asensio, and the last one was Vinicius. Thank goodness he didn’t take it (laughs).”

On the impact of the World Cup on the performance: “The level of the team is not at its best because this season‘s been unusual due to the World Cup. It’s normal that 20 days after the World Cup the players aren’t at their best level.”

On the supporters: “I want to thank them for the atmosphere. It felt like we were playing at home and we really enjoyed it. We all celebrated the victory together and now we’re going for the final.”