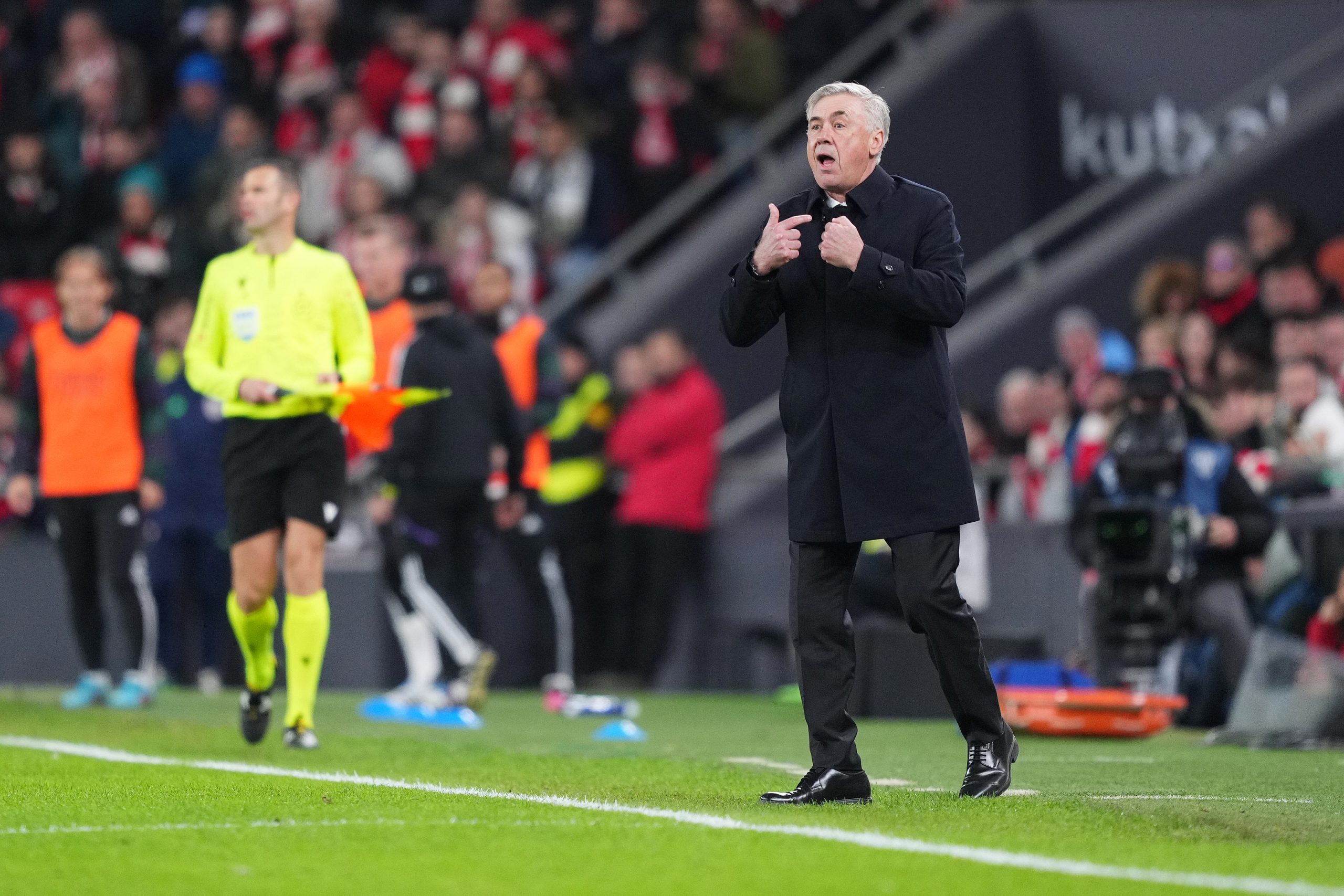 Real Madrid travelled to and conquered San Mames in grandstand fashion as they put two goals past Athletic Club. The game was not without controversy, but in the end, only three points separate them from La Liga leaders Barcelona.

Karim Benzema opened the scoring for the visitors in the first period through a well-worked finish before the lead was doubled in the final minute of the game by Toni Kroos. Los Blancos seem to be back on track after a slight detour from form in recent weeks, and the midweek game against Atletico Madrid could confirm the same.

Carlo Ancelotti spoke to the media after his team’s win over Ernesto Valverde’s side and addressed topics including the midfield, defence, and Vinicius Jr. Here are the snippets from his post-match press conference.

On his midfield selections: “I didn’t want to take any risks with Kroos as it’s important to keep a lot of players motivated at this stage of the season. Ceballos and Asensio both deserved to play after their performances against Villarreal and Kroos needed the rest after playing a lot of games.”

On Luka Modric: “Luka could also have played because he’s trained very well, but I preferred to rest him too. We competed well and defended very strongly.”

On the defensive improvement: “Our analysis was right following our failure to defend well in the last few games. We struggled at times today in Bilbao because the opposition are a very good team. We had a solid unit and the team was committed as a group in a way that wasn’t there in the last few games.”

On repeated fouls on Vinicius Jr: “Vinicius is a top player and a very sensitive person. He’s been focused on the game. The opponents and sometimes the referee put Vinicius under pressure with the kicks he receives.

“He was on the receiving end of a lot of kicks again today. He will get better in this aspect, but he’s still very young and at the moment they’re putting him under pressure.”

On how to improve the Brazilian’s situation: “Vinicius enjoys playing football, but he can sometimes lose his focus a little bit. I really care about him and we want him to be respected a little bit more by everyone. I’ve told him to talk to me and stay calm. He played and got on with his game as he always does.”

On Nacho: “Nacho can play at right-back, centre-back or left-back. He always performs, he leads by example and he’s a player every manager would want in their team. The players who’ve had less playing time are contributing a lot at the moment.

“I mean Nacho, Ceballos, Asensio and Camavinga. This gives us confidence going forward because it’s non-stop and the games come thick and fast.”

On playing at San Mames: “It’s tough to get points here. Last year we did well, but we were beaten in the cup. The atmosphere here’s terrific, but it’s very difficult. We managed the game well, we had to dig deep and battle.”

On the team’s strategy ahead: “I don’t know what is plan A or B. Our only plan is to play every three days and try to win the games.”