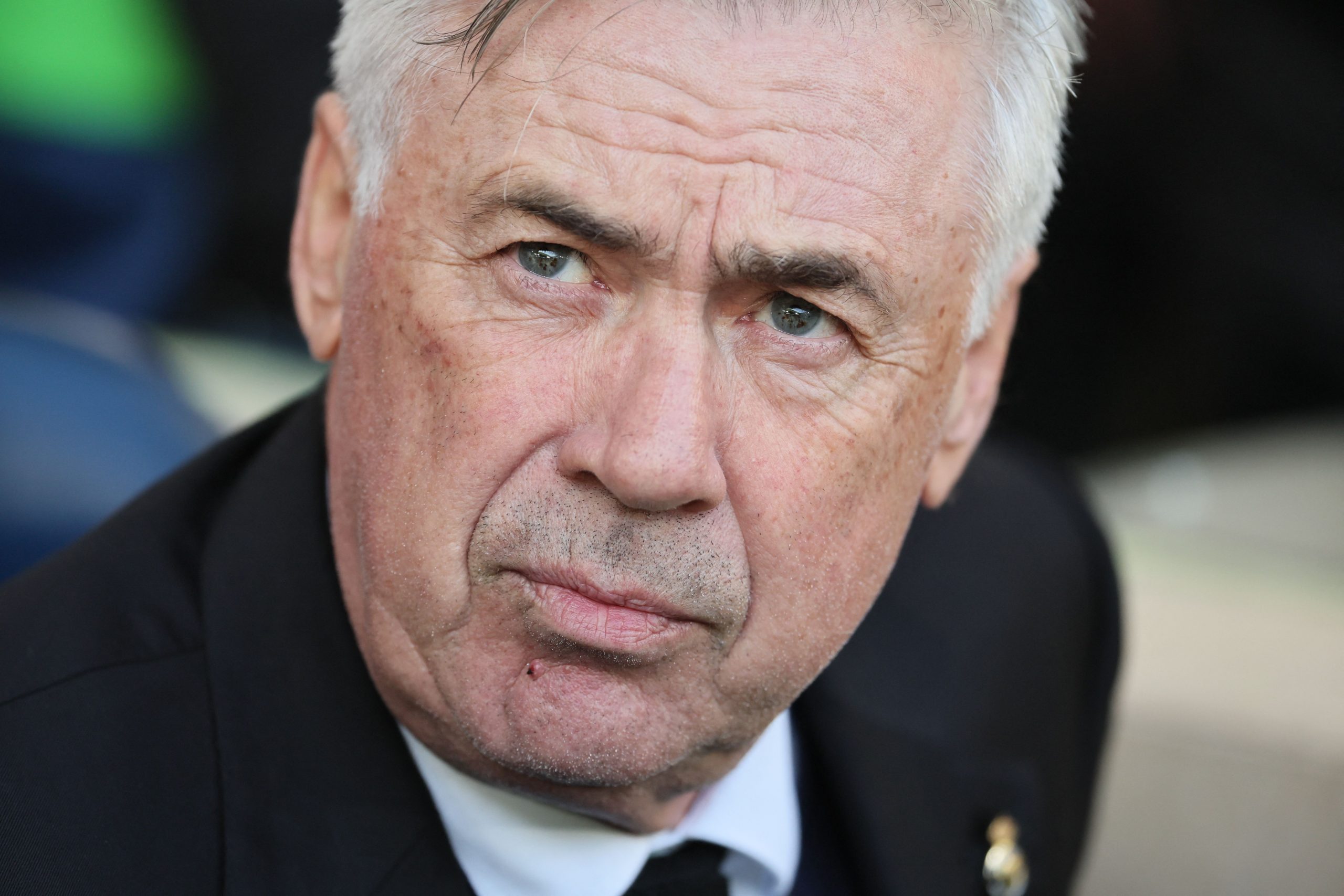 Real Madrid manager Carlo Ancelotti has confirmed that the likes of Karim Benzema and Thibaut Courtois will certainly start against Villarreal in the Round of 16 of Copa del Rey.

Speaking during the press conference ahead of the game, which is scheduled for Thursday, January 19, the manager first admitted that the team is in a difficult situation after losing the Spanish Super Cup final against Barcelona.

“It’s an opportunity to get out of this difficult moment that usually happens in the season soon. Tomorrow is a difficult game but we have great motivation,” the manager told the media.

Answering the question as to which players will start, the Italian said: “Courtois and Benzema are going to play, yes.”

Furthermore, he also admitted: “Vinicius Tobias will be in the squad for tomorrow. He could contribute in the game.”

When asked about the possible changes, including that of Toni Kroos’ role, the manager added, “[Kroos] is not the only option to play as a pivot. We are thinking about this. When Tchoaumeni is not there, Camavinga can also be an option as a pivot.”

While assessing a certain Eduardo Camavinga and his frequent substitutions at half-time – seven times that it has happened this term, the Italian stated:

“His change against Valencia was a change for physical reasons because he did well. With Barcelona, he was good defensively. I have a lot of confidence in him. It is true that I have taken away many times and I have not always been fair but trust is total.”

Real Madrid’s injury list has only grown ever since the players returned from the 2022 FIFA World Cup. So when asked about the workload, the manager said,

“Everybody thinks Real Madrid is dead but we have to be calm and confident because the season is very long. We’re never going to give up. We’re going to get out of this. When? I don’t know,” he added.

When asked if the current Real Madrid team was in a decline and needed a change, the legendary manager insisted that the Merengues are in a transition as he replied:

“This is a young team. Everyone talks about Kroos, Modric, and Benzema but we also have to talk about Valverde, Vinicius, and Tchouameni. I think it is the start of a new cycle because some players are reaching the end.

“There are some players who have made history in this club and others are entering the career. It is a moment of transition. And the day Luka, Karim and Toni stop playing there are others who will take command.”

As far as the current physical health of veterans like Luka Modric and Toni Kroos is concerned, the manager admitted, “Kroos is very well. Luka is different but little by little he will return to give his contribution this season.”

On his reluctance to use players from the club’s academy, at a time when the likes of Gavi and Pedri are thriving at Barcelona, Ancelotti said:

“Real Madrid doesn’t forget the youth system. There are players who are progressing a lot and in the future they will be important. The 2004 players we have are very good and soon they will be very useful for the team.”

The manager also had words reserved for Nacho Fernandez. “Nacho is a very reliable defender. He is certainly a player who can contribute very well.

“We have been very optimistic in defence. We have conceded six goals and five have been avoided with a little more pessimism,” he added.