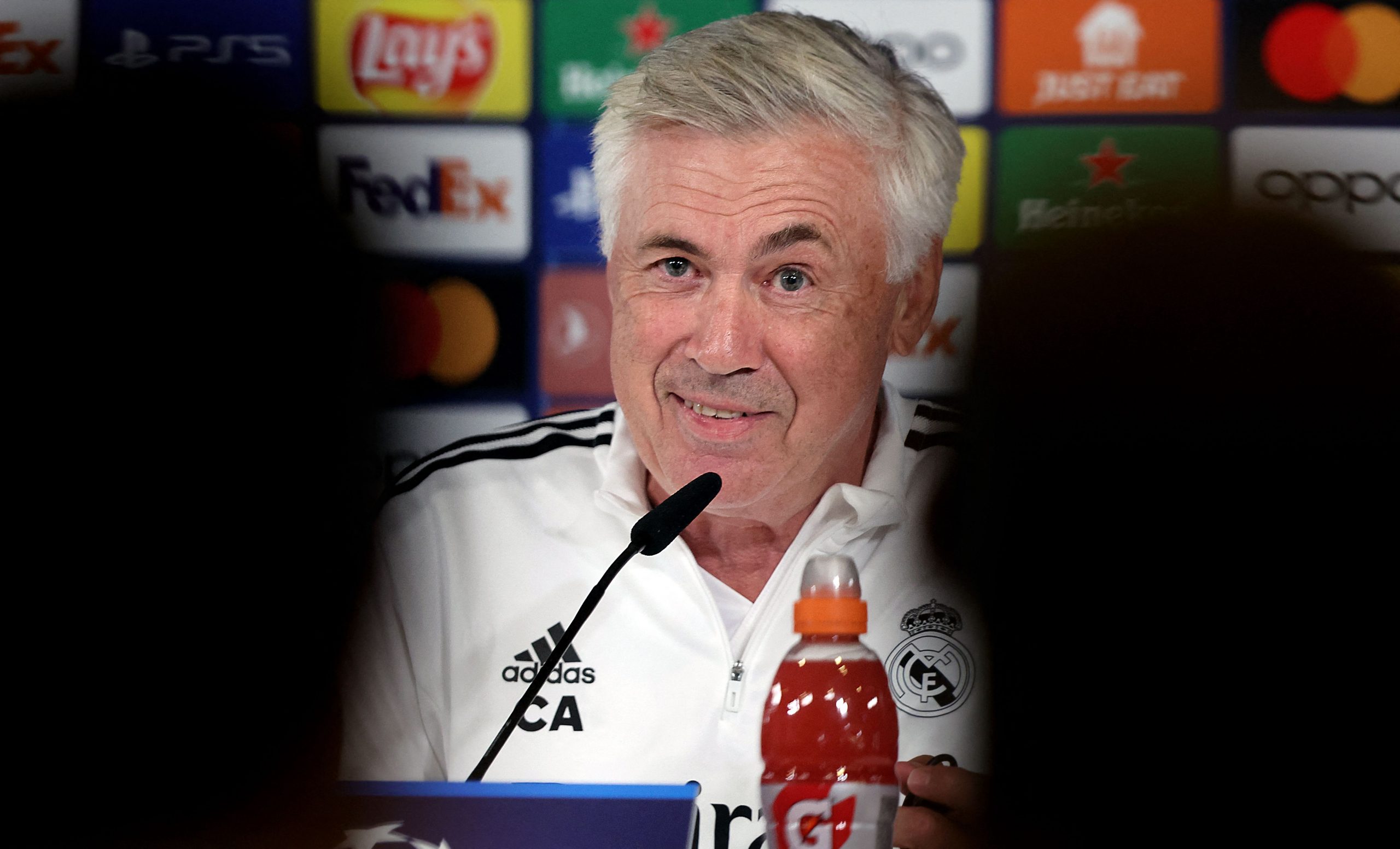 Real Madrid are pretty much on cloud nine right now. After winning the Champions League and La Liga last season, they have managed to pucker up a perfect start to the season so far.

They are unbeaten in La Liga, winning seven out of their eight games, and have won all three of their Champions League fixtures so far.

Tomorrow, they will hope to keep this incredible run alive, locking horns against Shakhtar Donetsk at the Polish Army Stadium in Warsaw. They defeated the Ukrainian outfit in the previous fixture last week, and will be boosted by the presence of Luka Modric and Karim Benzema tomorrow.

Ahead of the game, Carlo Ancelotti spoke to the media as part of his pre-game press conference.

On the game: “The challenge is to recover the players well, evaluate them, today’s training is important. And then hit the eleven to win the game. It’s a great opportunity and we want to get done with the group stage tomorrow.”

“I spoke a little with Jovicevic in the first leg. They work with many difficulties, we are in solidarity with them and we respect them. But playing like that means a lot to them, they want to give a good image for the people that are suffering.”

On rotations: “The question is good, it is very complicated because the players get angry and each one in their own way. But the reaction of everyone in this group is very positive, to be more focused and focused on work. No one has lowered their arms so far. In the end, they are very respectful of the decisions I make, that’s the most important thing. I respect the person, although you may get angry with the coach.”

On tomorrow’s starters: “Vini is one of the players I must evaluate because he has played every game, today’s trip…It has to be evaluated. Karim is fine and it is clear that tomorrow he starts, with Kroos and Mendy, who are fresh and are going to play.”

“I give the line-up two hours before, as always, because that’s when we do the technical meeting. Nothing has changed. The fact that we get to the stadiums earlier has changed everything a little. I don’t mind keeping the line-up secret, because in today’s football there is no secret.”

On Xavi’s words about ‘winning without playing well’: “I did not watch their match yesterday, sometimes it can happen that you can win even if you don’t perform at 100%. The motivational and mental aspects are important. The suffering in football is normal, and the matches are equal. Winning like this builds character.”

On Thibaut Courtois: “Courtois is much better, the plan is to start training on Thursday and be ready for Sunday. We’ve talked to him and he’s much better.”

On Andriy Lunin: “I always talk to Lunin because he plays well. He is young and has a lot of quality.”

“He is very shy, and does not talk much. It is normal that everything that happens impacts him. The only thing we can do is to support him.”

On Eden Hazard: “Hazard may or may not play tomorrow. The lineup is not very clear to me, yet. Those who have not played yet will definitely play. I will evaluate the matter with the technical staff and the medical staff.”