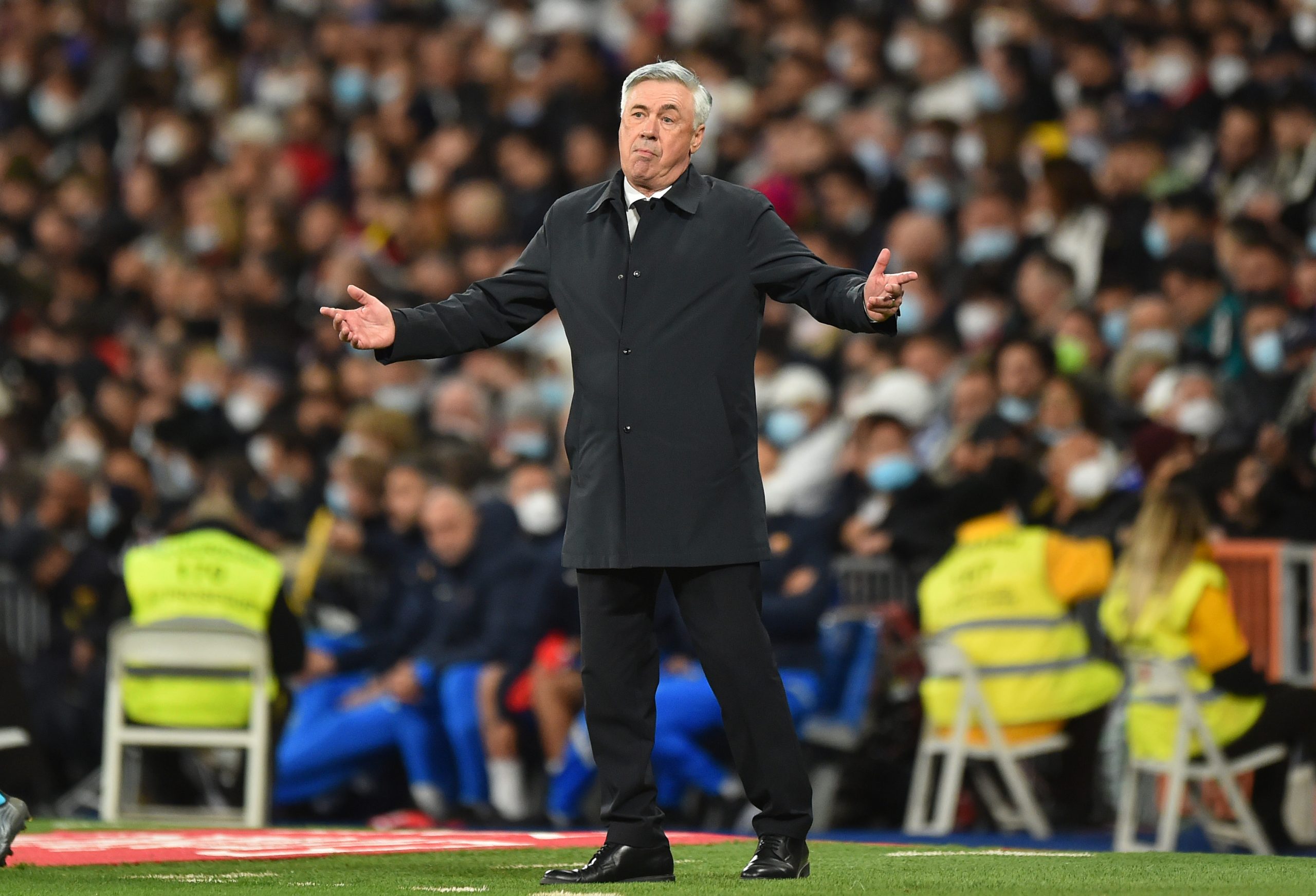 There is little to nothing stopping Real Madrid right now, who are on an unprecedented run of form in all competitions.

After hammering Espanyol 4-0 last week to win the La Liga title for the 2021/22 season, they did the impossible, overturning a two-goal lead against Manchester City in less than two minutes.

The team is headed to the Champions League final and have become the only team not named Barcelona to wrap up the league in May in the 21st century.

Undoubtedly, this would be a bad time to face Carlo Ancelotti’s men. Atletico Madrid need to do just that, though, as they host Madrid at the Wanda Metropolitano.

Ahead of the derby in the Spanish capital, Madrid Universal follows Carlo Ancelotti’s press conference.

On the players: “The players are pretty fine but some of them have not recovered yet after the City game.”

“I have some doubts about who will play against Atletico. I’ll decided it tomorrow. Alaba, Isco, Bale and Hazard won’t be available.”

On Thibaut Courtois: “Lunin will start tomorrow. Courtois will rest.”

On Eden Hazard: “Hazard will start training with the team next week.”

On the end of the season: “These La Liga games are important for us because we can keep our rhythm. We respect the competition and this club.”

On Atletico’s decision to not give a guard of honour: “Guard of honour from Atletico? They can do what they want. We respect Atletico Madrid a lot, if they don’t do it we will still respect them.”

“As an Italian, I’m not used to give a guard of honour. If Atletico don’t do it? No problem, we will still respect them.”

On Gareth Bale: “Bale? All the players love him and Bale love them. He can’t train due to his back pain.”

“Bale didn’t celebrate La Liga with his teammates because he can’t move.”

On Madrid’s incredible season: “I have never had a season like this one. If we win the Champions League this will be the best season of my career.”

On continuing at Madrid: “If everything goes well I could stay here until I’m 80 (laughs). I enjoy this club a lot. You won’t find a better team than Real Madrid.”

“If Real Madrid get tired of me then I could think about it (retiring).”

“No club is bigger than Real Madrid. Finishing my long career here would be perfect. But I want to stay here many years.”

On Dani Carvajal: “Carvajal has suffered a lot due to his injuries but he’s a fundamental player for us. He’s never given up. Carvajal is helping us a lot now.”

On Dani Ceballos: “Ceballos? I spoke with him and he knows what I think about him, the club knows it too. Now he has to decide what it’s best for his career. If he stays I’ll be delighted.”