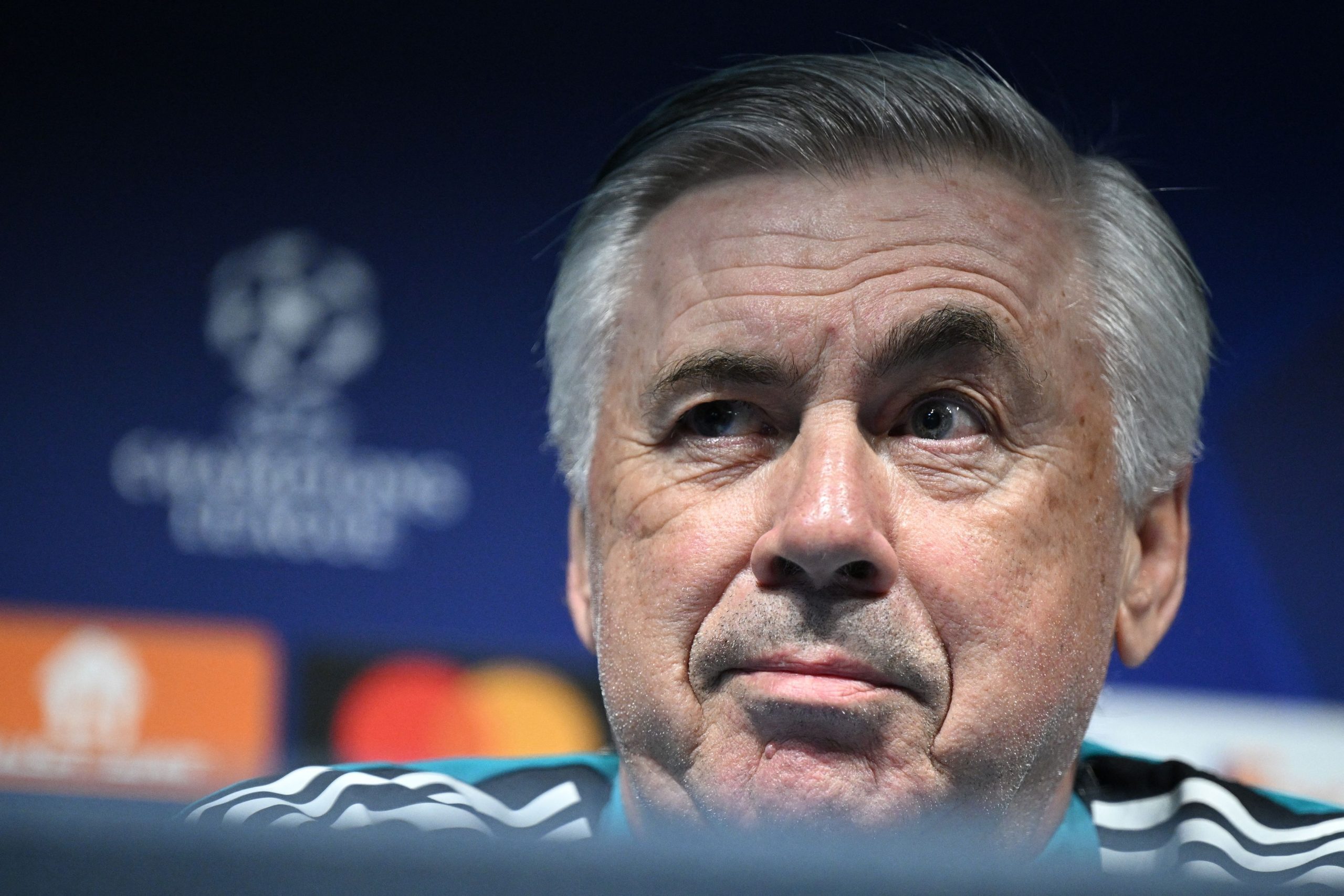 Real Madrid are inches away from winning their 35th La Liga title as they get ready to take on Espanyol at the Santiago Bernabeu. Should Carlo Ancelotti’s men avoid defeat, their position at the top of the table would be confirmed for good.

Ancelotti could become the first-ever manager to win a league title in the top five leagues in Europe if Madrid can as little as take a point tomorrow.

They are, however, coming off a seven-goal thriller against Manchester City at the Etihad Stadium. While they bowed down 4-3, it has certainly given them enough momentum heading into the weekend game.

Ahead of this historic clash, the Italian coach took part in his routinely pre-game press conference; all quotes in this thread by Madrid Universal.

On the possible title win: “We know we are very close to win a title tomorrow but we have to get a point because it’s not over yet.”

On Marcelo: “Marcelo? He has suffered as a player because he has not played a lot this season. He is our captain and he’s a professional. He’s been perfect for his teammates. I respect him a lot.”

On celebrations: “Celebrating tomorrow? We have not thought about it yet but if we win we will celebrate it of course.”

On Benzema and Vinicius resting: “Vinicius and Benzema? They can rest tomorrow yes, but if a player is fine he will play. I will bench the players who are tired and not because it’s an easier game tomorrow.”

On the starting XI: “I can’t use Alaba, Nacho and Militao tomorrow so Vallejo will play tomorrow. I could use Casemiro as CB because he has recovered.”

“We have many options for the midfield tomorrow because all of them have recovered after the City game.”

On Casemiro’s replacement: “We don’t need a replacement for Casemiro because we have many players who can play in that role. Kroos, Camavinga…”

On Marco Asensio: “Asensio is fresh and can start tomorrow. I will evaluate what to do with Benzema.”

On David Alaba: “Alaba has suffered the same problem in the abductor he suffered the last week. I don’t know if he will play against City, we have to wait until Tuesday.”

On Mauricio Pochettino’s words about Mbappe: “What Pochettino said about Mbappe? I think all the Madridistas are thinking about La Liga and the Champions League right now. Only about that.”

On Madrid’s attack: “Many goals? Benzema is doing an amazing season, Vinicius has improved, Asensio has scored a lot of goals, Modric and Kroos have scored, Casemiro, Rodrygo…we have improved.”

On lineup selection: “I usually talk to my players to know how they feel but at the end I always decide who will play. The player’s opinion is important but not the most important.”