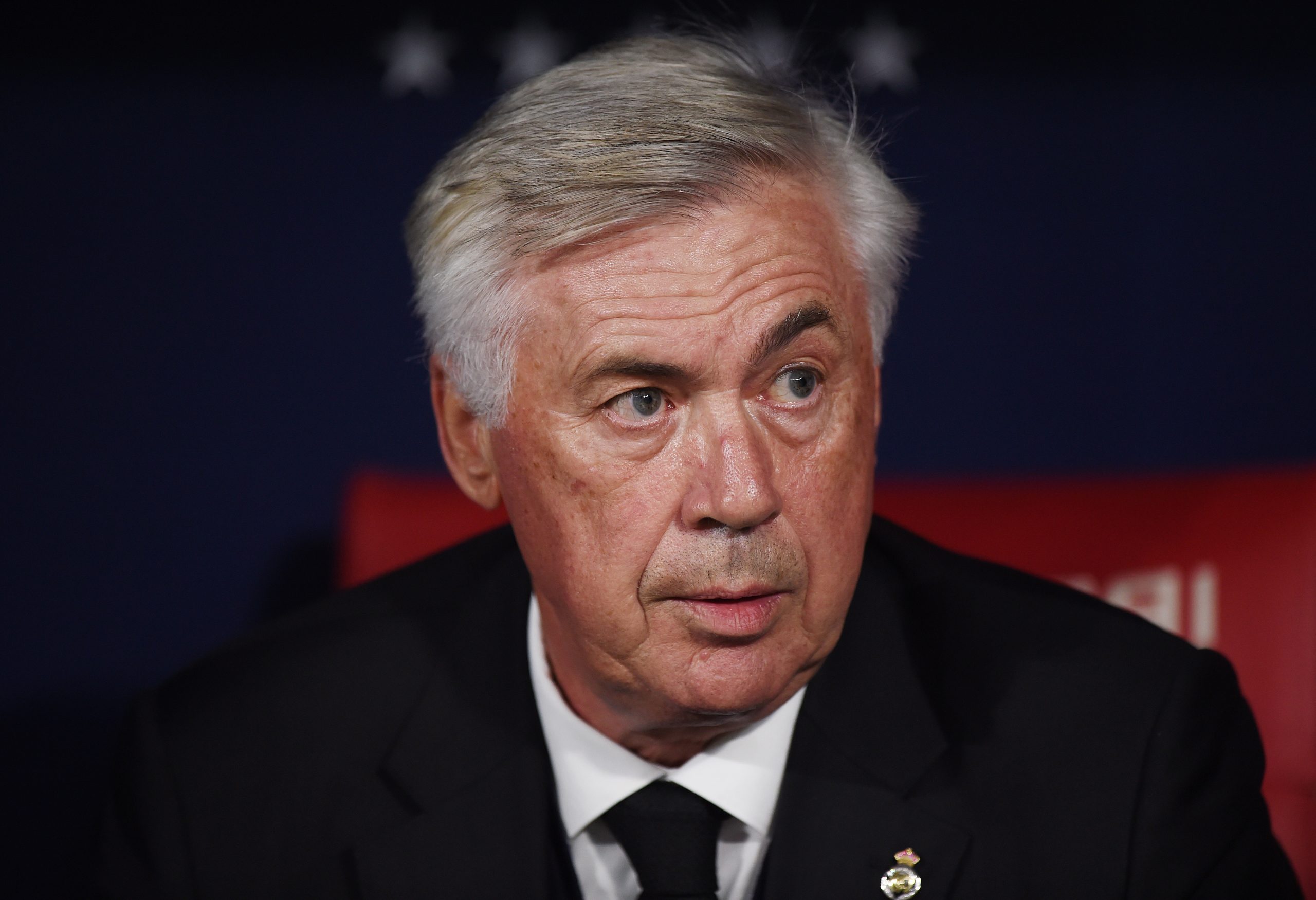 Real Madrid maintained their 100% winning start to the 2022/23 season as they secured a hard-fought 2-1 win over local rivals Atletico Madrid on Sunday night in La Liga.

In what was a feisty encounter at the Civitas Metropolitano with tempers flaring all over, Rodrygo Goes put Los Blancos ahead in the 18th minute with a fine strike before Federico Valverde doubled their lead after the half-hour mark.

Atletico Madrid rallied late in the game and pulled a goal back through Mario Hermoso, but could not level things and ended up facing yet another defeat.

The result elevates Real Madrid back to the top of the La Liga standings after Barcelona had overtaken them on Saturday.

While the result was another big step in the right direction for Los Merengues, manager Carlo Ancelotti said that the team needed to be more ruthless on the night.

“We could have scored more goals. We should have been more hungry to hurt them more in the second half,” Ancelotti said (h/t Diario AS).

“The result would have been greater if we had not calmed down in the second half after scoring the two goals. But I’m happy to win because the most important thing is to get the three points.”

On heading into the international break as league leaders, he said: “We started the season well and did what was required to the fullest. We achieved very positive results for us and controlled the derby from start to finish.”

Talking about the performance of the team, Ancelotti added: “Our players are great. Even without Benzema, we can continue to win and achieve positive results. Both goals were great. The way we build from the back and use the spaces was very good and we did it just right.”

“We have to win every game, with or without Karim, that is the standard here and after the international break, we will continue to win and with good results. I’m very happy but we should have been more efficient after the first half, even if we scored two goals.”

Shedding light on the team’s tactics, the Real Madrid boss said: “Our idea was to play vertically, but they progressed well and were constantly attacking and we lacked the desire to harm them more in the second half. But we achieved what we wanted and were in control of the game from the start.”

Explaining his decision to replace Ferland Mendy with Antonio Rudiger, the manager revealed that he did so to avoid the risk of a red card, given that the Frenchman was already on a yellow.

“I didn’t want to play with 10 players because Mendy had a yellow card and the game was charged and he could have had another card so I didn’t like to take the risk.”

On the vile racist chants directed at Vinicius outside and inside the stadium, Ancelotti said: “We dominated the Madrid derby from start to finish today. Racist chants didn’t stop us from winning.”

“We were able to compensate for Benzema well. The quality of the players here is very high. Rodrygo scored a beautiful goal tonight and continues to provide an outstanding performance with the team.”

The manager also hailed the two goalscorers on the night, saying: “Valverde and Rodrygo are two very special players. They represent the modern footballer, a mixture of both technical and physical. We are happy with them and will continue to count on them.”

On nullifying Joao Felix’s influence, Ancelotti said: “We defended really well and as a block close together. We wanted to stop Griezmann and Joao Felix because the danger was coming from their side.”

On his opponents, the Real Madrid manager added: “Atletico are a good team, they have a lot of quality. They started the match with great enthusiasm but their results lately are not good, but they will be in the league battle until the end.”

On Vinicius’ performance, Ancelotti said: “We won thanks to the second goal and he was the one who caused this goal. I am proud to be the coach of this team. I am happy to work with this group and I hope we can achieve more success together.”

On the title race with Barcelona: “Barcelona is doing very well, so are we, Atletico have lost to us. This season is very strange, we don’t know what could happen after the World Cup, what happened to Atletico could happen to us. It’s a more competitive league.”