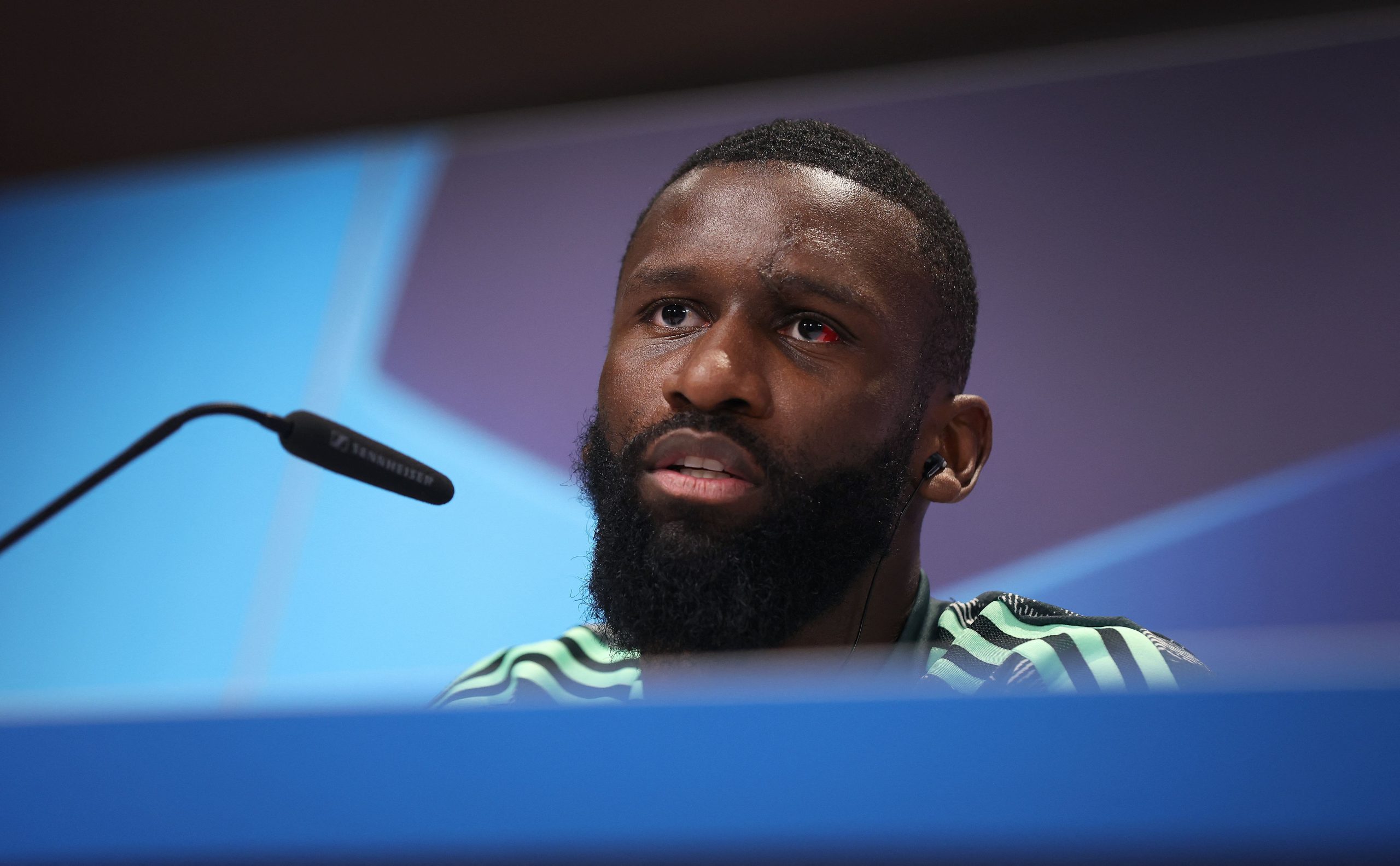 Antonio Rudiger sat down with Diario AS in an exclusive interview, where the Real Madrid defender revealed Barcelona’s interest in him just before his move to Santiago Bernabeu.

The German international also offered his thoughts on Carlo Ancelotti, along with his desire to win the Champions League with Real Madrid.

Here are the excerpts from his interview with the Spanish publication.

On his move to Real Madrid: “I always dreamed of playing in the Premier League. Playing for Real Madrid is something I NEVER expected to happen to me.”

On interest from other clubs: “Obviously there were more teams that wanted me, but I only considered two, Chelsea and Real Madrid.”

On Barcelona’s interest: “Barcelona wanted me but I didn’t even consider that option. Barça did knock on my door but for me, it was not a possibility. Having the opportunity to play with Modric, Kroos & Benzema, it was difficult to say no.”

On Real Madrid’s prospects this season: “There are 6 titles at stake and we want to win all of them. We play for Real Madrid and that should be the goal.”

On retiring at Real Madrid: “Retire at Madrid? Dude, I’ve only been here a few months and you already want to retire me! (laughs). I feel good, if I can still play for Real Madrid at 37 years old like Modric, I will (laughs).”

On Luka Modric: “I call Modric the ‘Maestro’. What he does at 37 years old is something from another world. Even at 37 years old, on the big stage that is Real Madrid, nobody is at his level.”

On his defensive partners at Real Madrid: “Militão & Alaba are top, top CBs and that makes everything easier. Also Nacho, I love playing with him.”

On Pepe: “Pepe is a top 3 CB of this generation in my opinion. I like him a lot.”

On Carlo Ancelotti: “Conte & Spalleti are very tough. Sarri is also very demanding. But Ancelotti is different. He is a gentleman, he has a lot of experience, he is calm.”

On playing fewer matches than expected: “Playing less? I think I’m playing too much (laughs). We have a great team and competition with several very good players in my position. They won La Liga & the UCL last season. You have to respect that. Everything comes in it’s time.”