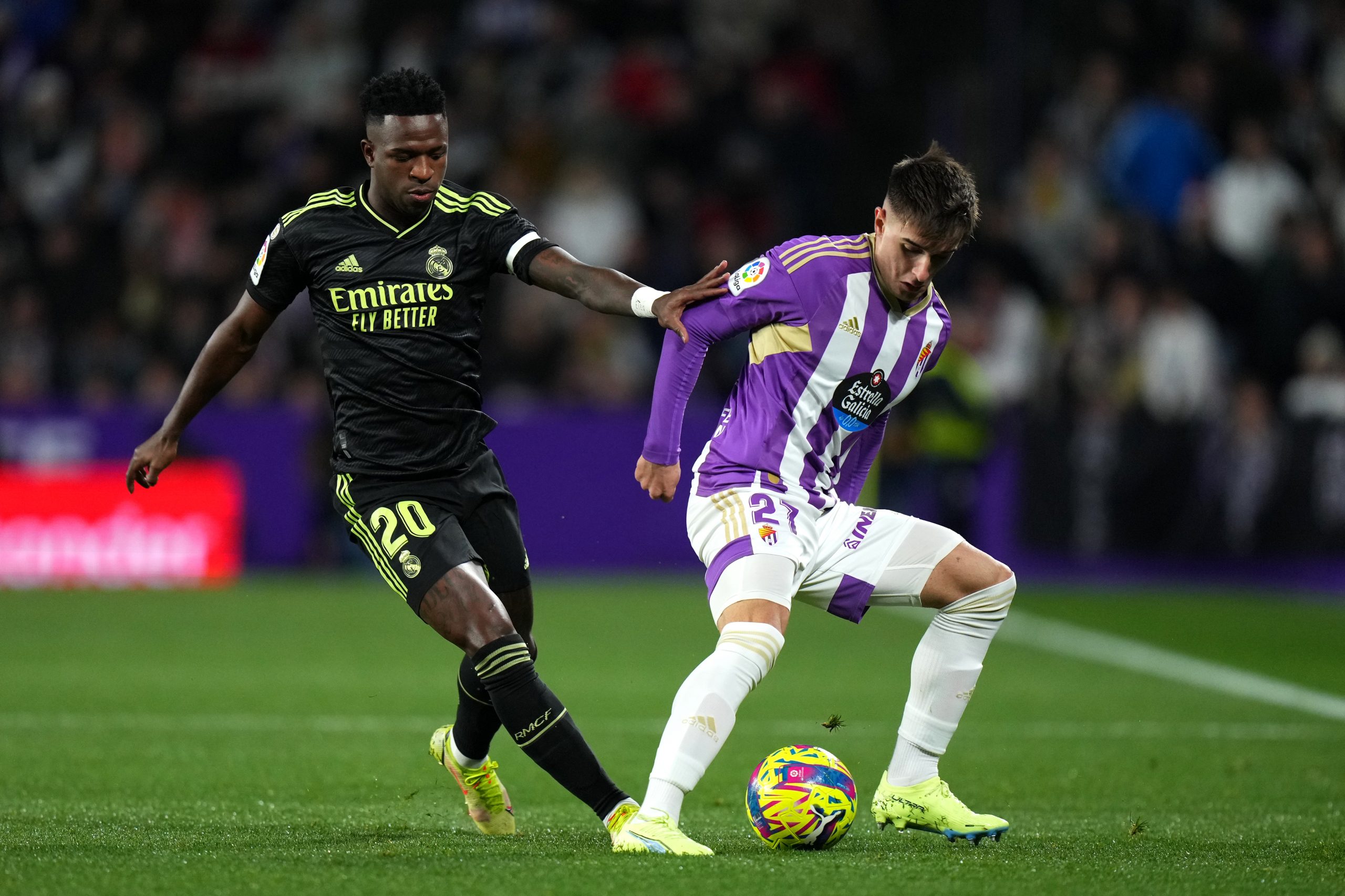 Ivan Fresneda is currently one of the hottest young right-backs in Spain, having enjoyed a breakthrough with Real Valladolid.

The former Real Madrid academy product has already established himself as a regular at Valladolid, with nine appearances in La Liga. But his long-term future at Valladolid appears to be in doubt, as multiple clubs are sounding out the possibility of signing the player in January.

Fresneda’s former club Real Madrid are already keeping tabs on the youngster’s progression in La Liga, while cross-town rivals Atletico Madrid are interested in him as well, with an eye to making a move as soon as possible.

Real Madrid have targeted the 18-year-old as part of their plan to add more competition for Dani Carvajal, whereas Atleti require more reinforcements in the full-back position.

The two Spanish giants, though, are set to face fresh competition from Arsenal, in the pursuit of Fresneda.

This has been reported by Fabrizio Romano, who suggests that Arsenal have begun talks over the possibility to sign Fresneda in the ongoing January transfer window. They are holding talks with both Valladolid and the player’s agent.

The Gunners’ pursuit of Fresneda is hardly surprising as the club desperately require a proper alternative for the likes of Ben White and Takehiro Tomiyasu at right-back. That is where Fresneda comes into the fray, with the youngster having impressed the onlookers with his pace and athleticism.

Luring the 18-year-old might not be a challenge either, as Valladolid are believed to be open to a sale if any interested party can come up with an offer of around €15 million, even though his release clause amount stands at €30 million.

With Arsenal upping the ante in pursuit of Fresneda, it remains to be seen if either Atletico or Real Madrid make any efforts to sign the teenager or look at other targets.