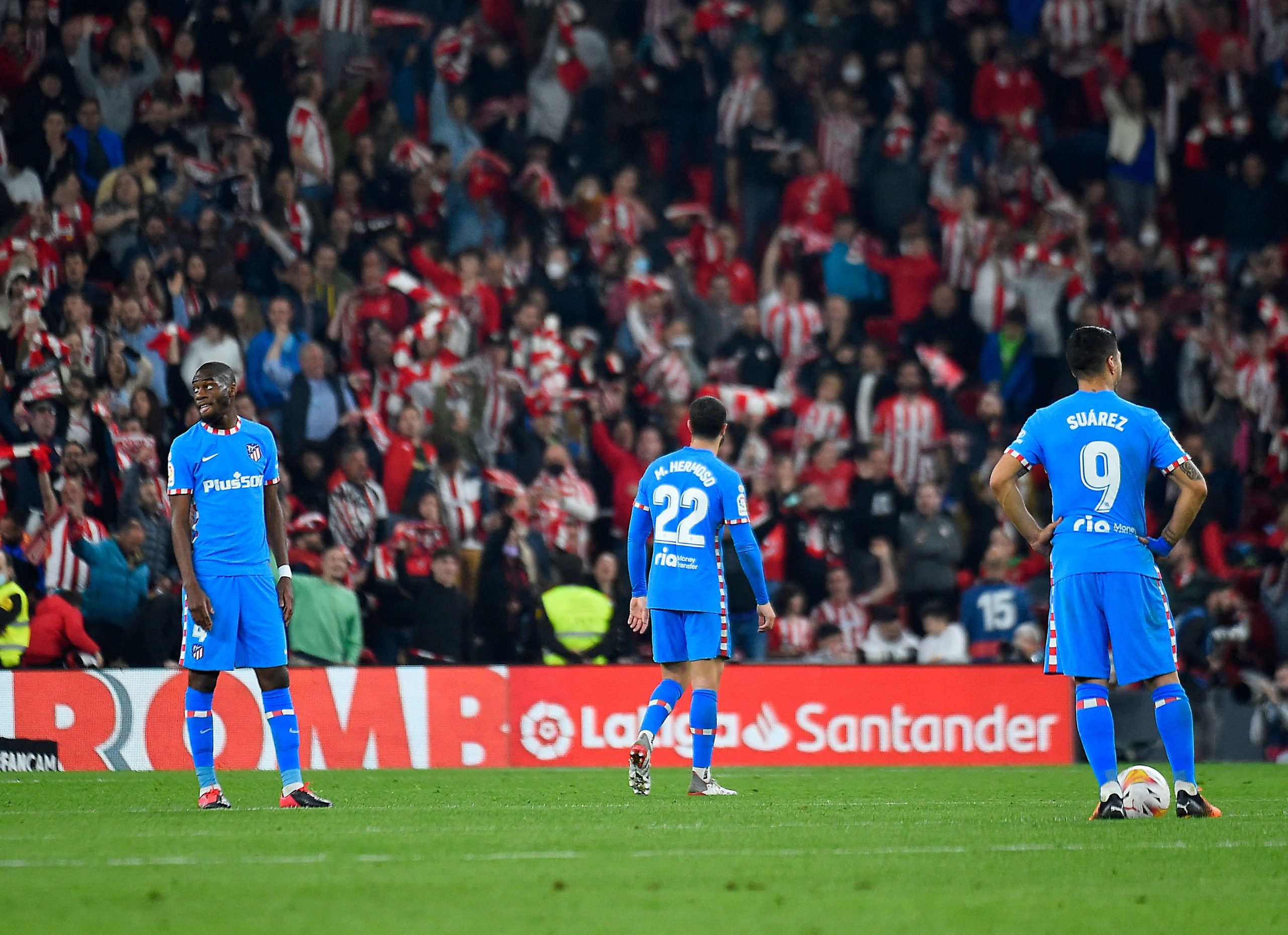 Atletico Madrid needed to grab a victory to keep their Champions League hopes strong but fell to defeat against Athletic Club at the San Mames. Now, their hopes for European qualification becomes that much riskier.

The collective performance was rather poor, and in light of the harrowing defeat to Los Leones, join Madrid Universal as we analyse each individual’s performance.

Oblak had a tough night in goal, but to no fault of his own. He conceded via an own goal, and a penalty, on a night where he really could not have done much better.

His start to the game was as woeful as they come, as he was a major part of the reason why Athletic scored their opener. He was nimbly outmuscled by Inaki Williams, letting him through on goal.

An early yellow card and an own goal marked a torrid evening for Hermoso. He attempted to get back into the match, but his positioning was many times awry.

The Mozambican got on the wrong side of Mateu Lahoz unnecessarily. Far from the best performance from him, warranting a substitution at half-time.

Llorente did a phenomenal job from the wider areas, as he created danger on a consistent basis through his runs and crossing.

Herrera conceded the penalty that put the game out of reach for Atletico, and deservedly found his place on the bench come the 65th minute. Given his experience, one would expect better.

He attempted to offer stability in the midfield and did for a while, however, the likes of Muniain and Vesga ran circles around him in the second half.

As one of the very few bright spots in the match, Lodi did his best to attack for Atleti. He also intervened defensively, forcing a number of errors in the Athletic attack.

He was extremely unproductive, both in attack and defence for Atletico, and he warranted the substitution an hour into the match.

Bar a bizarre shot in the first half, Suarez had next to nothing to show for in this match. His best days are far behind him, and that becomes all the more clear every week.

The Frenchman had his free-kick rattle the crossbar at the start of the second half. He gave his best performance, however, that was not good enough to salvage a point for Atletico.

He offered little to no dynamism in the second half, as, despite a promising start, all that he did lost its vigour.

He was played out of position, and as such, he suffered immensely. The Argentine played a couple of crosses into the box, however, he was severely limited by the tactical outline of the game.

The captain was given the opportune chance to attack while playing on the left-hand side, however, he did not offer any creativity as a substitute.

He tried his best to add to the attack but struggled due to the overall dysfunction in the team.

The Croatian was brought on late on to add some dynamism to the attack, however, given how much he individually struggled to offer a boost to the wider areas, the likes of Llorente suffered as a result.