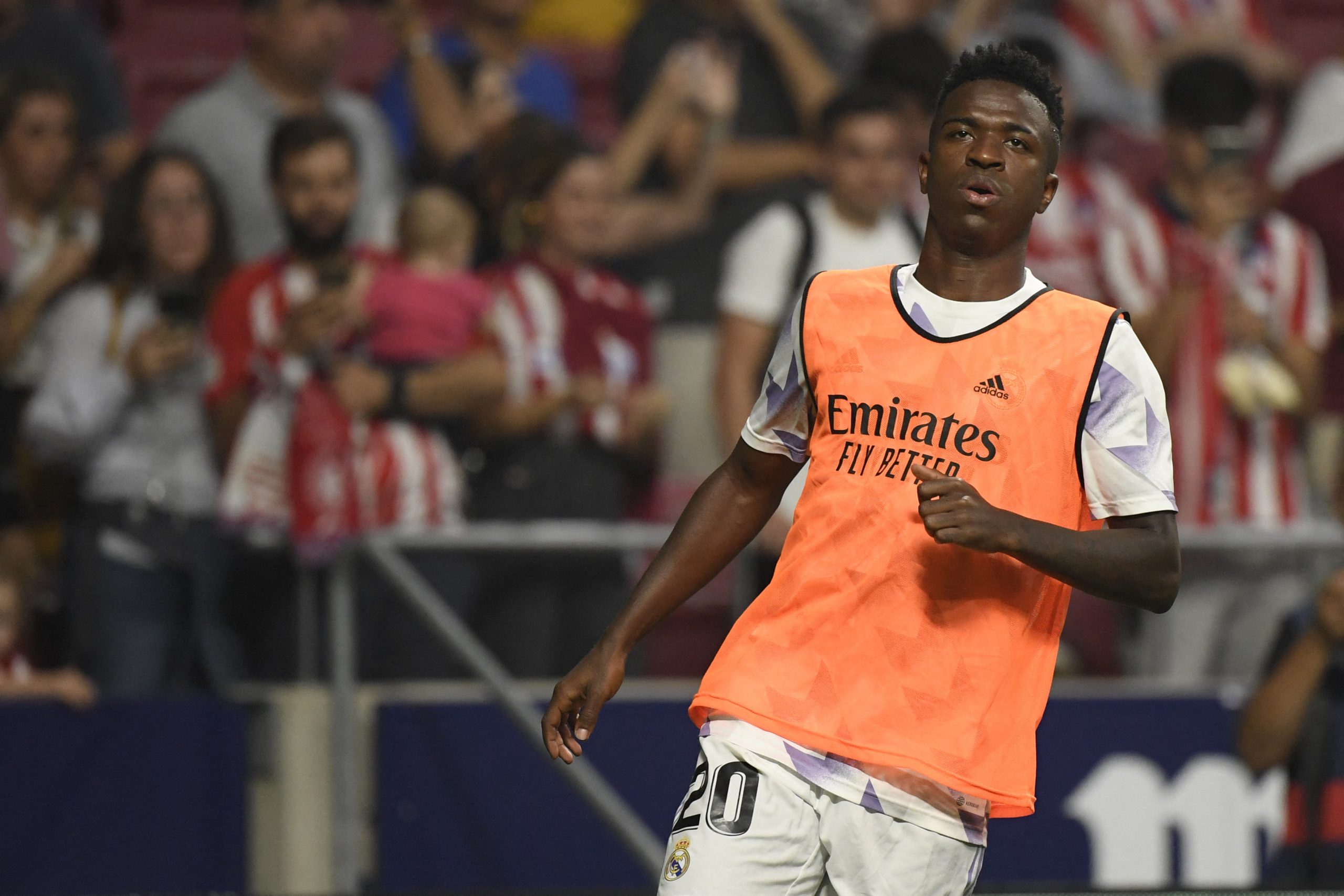 After Atletico Madrid issued a statement condemning the racist abuse directed towards Real Madrid superstar Vinicius Jr at the Civitas Metropolitano, their CEO, Miguel Angel Gil Marin has spoken out on the matter.

Vinicius was subjected to racist chants outside and inside the Civitas Metropolitano on Sunday on the day of the Madrid derby, which Atleti lost 1-2. The 22-year-old was targeted specifically by a section of home supporters and Miguel Angel Gil Marin has denounced the act.

“I know our fans well and it is unacceptable that someone can think they are racist. Those cries from a minority embarrass us atletico and cannot stain the image of the club, nor the behavior and sentiment of the vast majority.”

The club CEO also responded to the comments made by Spain Prime Minister Pedro Sanchez, saying: “I appreciate that you remind us of our obligation, and I am one hundred percent in agreement with your comment.”

At the same time, though, he defended Atletico Madrid, saying: “I must also point out that pursuing these scourges is everyone’s job, not just the club managers. They accuse us when in reality we are also victims.”

He also seemed to be taking a pointed dig at some of the players who came out in support of Vinicius after Atletico Madrid captain Koke had made comments warning him about pulling out his dancing celebrations at the Metropolitano.

“I did not understand the campaign that was created, with exaggerated demonstrations, misrepresenting the statements of our captain, mixing it with a phrase with racist overtones from someone outside our club,” he said.

“That generated a climate of unnecessary and inconvenient tension before a match of maximum rivalry sporty. The time has come to also demand responsibility and professionalism from all those who intervene in the world of football.”