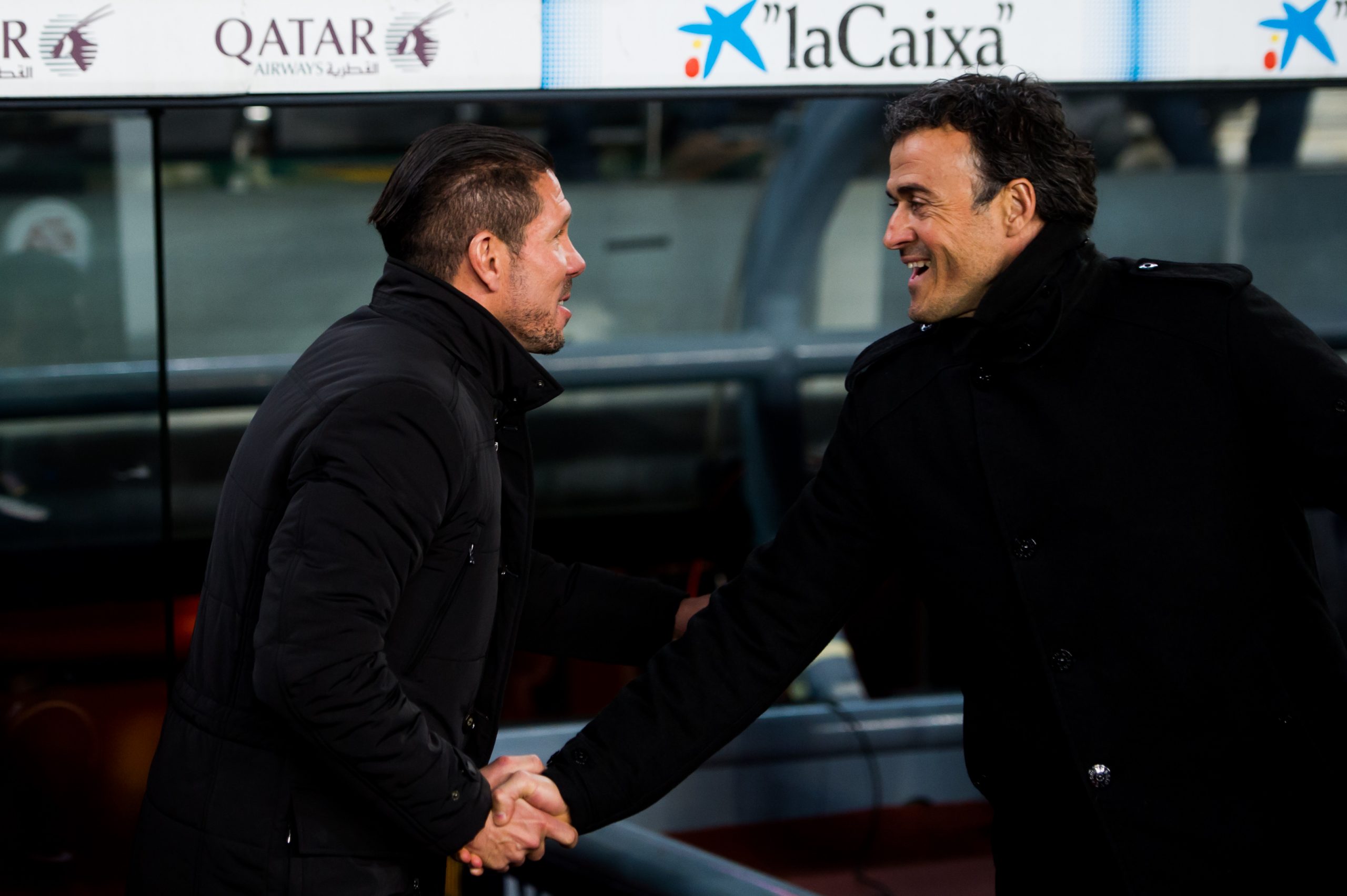 Following Atletico Madrid’s 2-1 loss to FC Porto in the UEFA Champions League on Tuesday night, question marks are being raised over the future of Diego Simeone.

The defeat in Portugal meant that not only Atletico crashed out of the Champions League but also missed out on a Europa League berth as they finished fourth in Group B, behind Porto, Club Brugge and Bayer Leverkusen.

A serious inquest will likely be carried out within the club following the disastrous run in Europe during which they won just one game and lost three (D2).

While it has been claimed that manager Simeone has the backing of the board, it might not be the case, with reports claiming that Los Colchoneros are already sounding out potential replacements for the Argentine.

Indeed, according to Javi de la Pena on El Chiringuito TV, Atletico Madrid have contacted the entourage of former Barcelona boss and current Spain national team manager Luis Enrique, as a possible candidate to take over from Simeone at the Civitas Metropolitano.

The 52-year-old has not managed any club since stepping down from Barcelona in 2017 and has been in charge of the Spanish national team ever since, barring a small period in 2019 when he took a leave of absence for personal reasons.

But Enrique’s contract with La Roja stands to expire at the end of the year, soon after the FIFA World Cup in Qatar. And Atletico Madrid could be ready to move in when that happens as they have reportedly contacted his camp already.

A highly successful manager at the club and international level, Enrique could be a shrewd appointment for the Rojiblancos if indeed they have made up their mind to move on from Simeone.

El Cholo has been in charge of Atletico since 2011 and is closing in on 600 matches managed at the club. A legend at the Civitas Metropolitano, the 52-year-old has led the team to two La Liga title triumphs and two UEFA Europa League trophies.

But given how things have been going this season, it seems like Atletico have reached the end of the cycle under Simeone and a change could be in the offing.