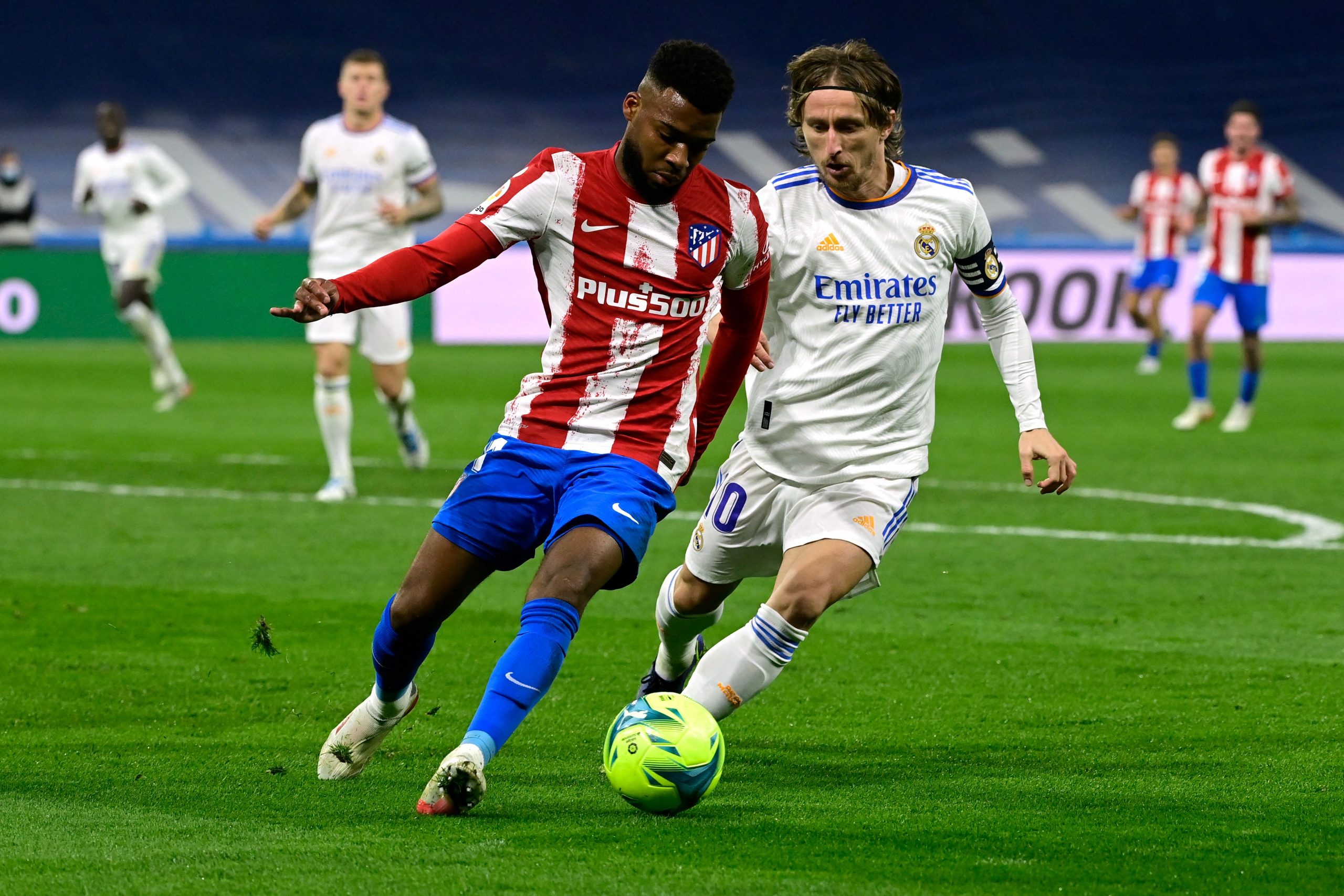 Real Madrid have been close to sealing the La Liga title for months now. With a 17-point lead over the second-placed team, it is only a matter of time before the title is confirmed. There is, however, an interesting twist to the tale.

Suppose Sevilla and Barcelona drop points in their games tonight, a win over Espanyol at the Bernabeu will secure the La Liga title for Real Madrid.

It would also open the doors for a guard of honour from Atletico Madrid, for Carlo Ancelotti’s side face Los Rojiblancos in their next league game. As derby rivals, it would be an incredible moment for Madrid.

Not to mention, it could open the doors to an incredibly contested game, for the gesture is bound to be taken harshly by Diego Simeone and co.

Real Madrid have been unstoppable domestically this season. In 33 games, they have lost only thrice and drawn six.

In their 24 wins, they have scored 69 goals while conceding less than 30 goals. Moreover, they have maintained a clean sheet on 13 occasions.

The league leaders currently sit on 78 points, with second-placed Atletico Madrid on 61.

Arch-rivals Barcelona are third with 60 points, though they have two games in hand over the Madrid based sides. This will surely go down as one of the club’s most dominant league seasons in history.

With the league sealed, all attention now turns to the Champions League. Carlo Ancelotti’s men face Manchester City in the semifinals of the prestigious competition, and the first leg is scheduled at the Santiago Bernabeu for next week.

Given that domestic results no longer play a decisive role, the manager and players can give their all to the UCL. Needless to say, it is a big relief.