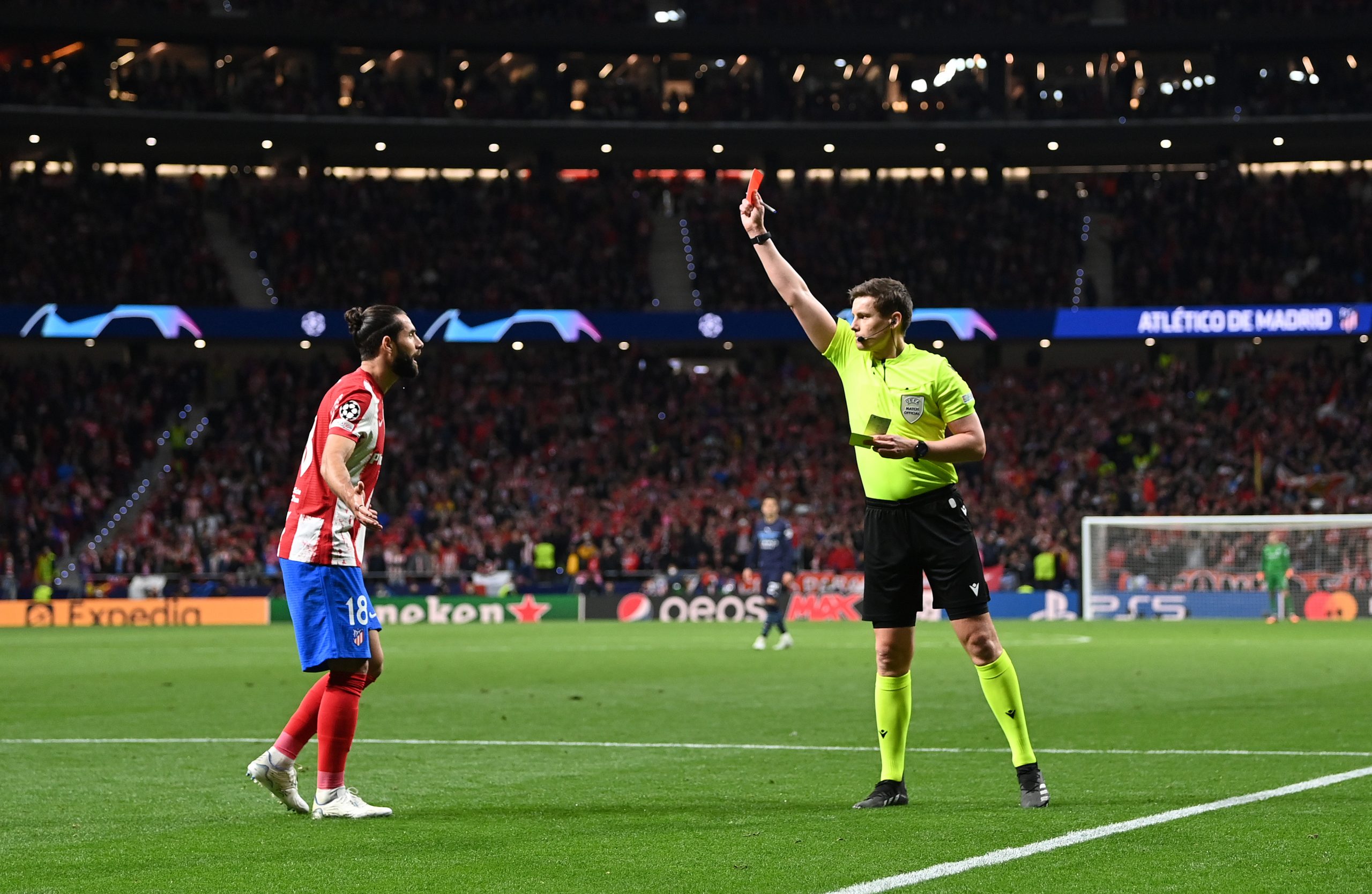 Atletico Madrid kick off their 2022/23 Champions League campaign against FC Porto next week. And they will have to do so without defender Felipe, who will be suspended for the clash after getting sent off against Manchester City in the second leg of last season’s last-16 encounter.

The Brazilian defender was first cautioned in the first half and received a needless second yellow after leaving one on Phil Foden in the dying embers of the contest.

The 33-year-old’s red card during the 2021/22 term will carry forward to this season as Atletico were eliminated at that stage of the competition. It means he will not be available for selection in Atleti’s upcoming battle on Wednesday night.

It is key to remember that so far, Felipe is yet to feature for the side from the Spanish capital.

While not being in the matchday squad for Atletico Madrid’s league opener against Getafe, he has stayed on the bench in following games against Villarreal, Valencia and Real Sociedad.

Other defensive alternatives such as Jose Maria Gimenez, Stefan Savic and Reinildo have started a chunk of the games, with even midfielder Axel Witsel tested in a back three.

As a result, the 33-year-old’s suspension should not impact the side’s chances in their next game to significant effect. However, Diego Simeone would hope that Felipe learns from his reckless ways of the past, as it may cost the side in Europe’s elite competition one day.

With Jan Oblak sustaining a thigh injury in the side’s latest 1-1 draw against Real Sociedad, Diego Simeone’s men might have another notable absentee ahead of their meeting with the Portuguese giants.

Savic has also missed the last two La Liga matches due to injury and will be a doubt, while new signing Sergio Reguilon is also dealing with a fitness concern and could be absent for Atletico Madrid against FC Porto.