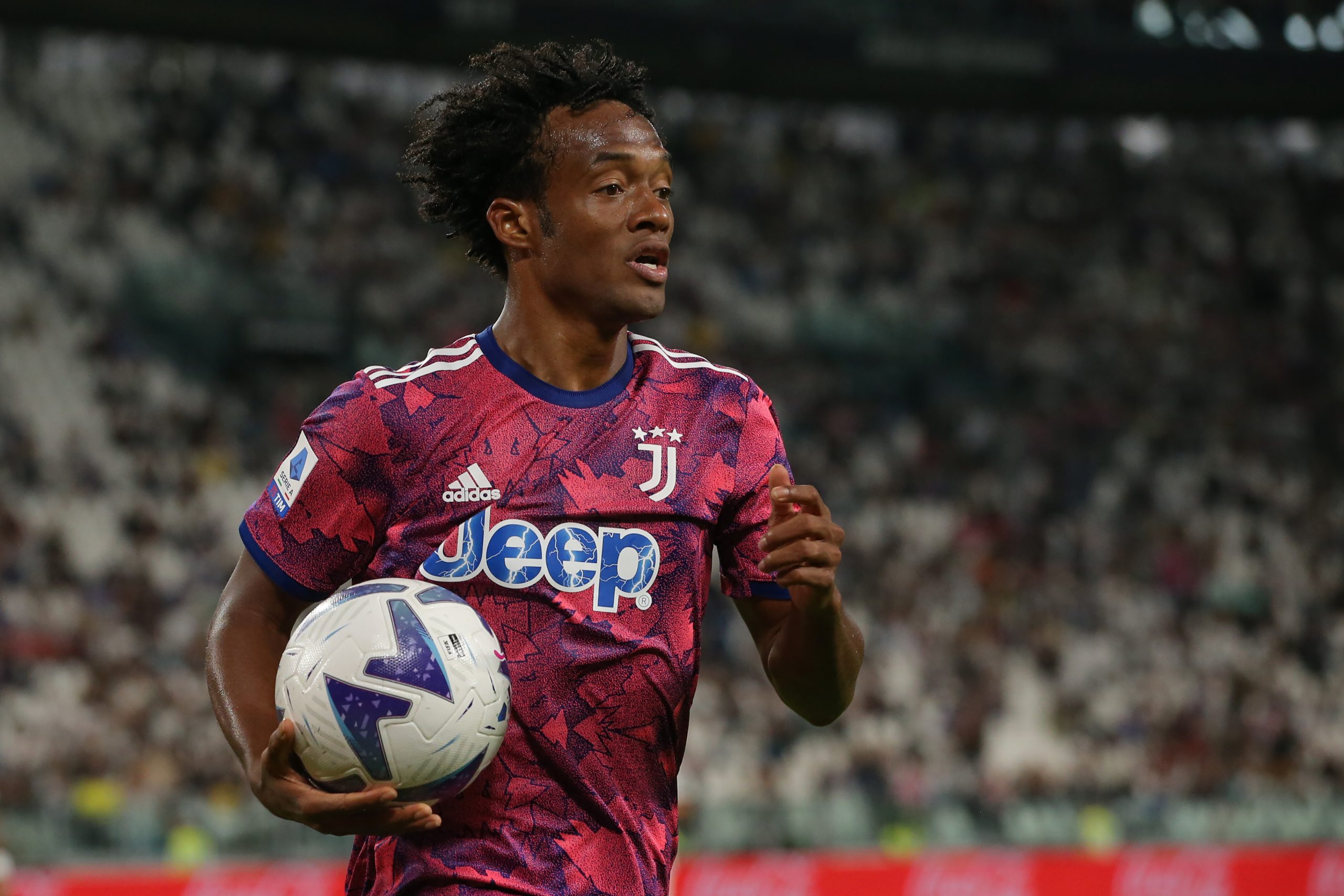 The Catalans invested more than €150 million this summer to buy seven players, while Los Blancos acquired Aurelien Tchouameni and Antonio Rudiger for a combined €100 million.

Diego Simeone’s side, still severely suffering financially, could only bring in Sergio Reguilon on loan, Axel Witsel on a free transfer, Samuel Lino for €6.4 million, and finally Nahuel Molina for €19.8 million.

While Witsel has settled in nicely, Lino has already departed on loan to Valencia. Reguilon, currently injured, is yet to make his debut. However, it’s Molina who has been concerning.

In light of the same, MARCA have reported Atleti’s possible interest in signing Juventus’ Juan Cuadrado. The Colombian is unlikely to extend his contract with Bianconeri and as quoted by the outlet, Diego Simeone likes the idea of signing him.

In fact, this rumour is far from surprising. The player was linked to Atletico in the past, and is tailor-made for Simeone’s system.

Cholo likes to use wide midfielders or wingbacks instead of out-and-out wingers, which fits perfectly in line with Cuadrado. While the veteran started out as a winger, he has been playing as a full-back or wing-back for Juventus over the last few seasons. Quite successfully so, too.

Available on a free transfer, this move makes sense for all parties. Cuadrado gets his final payday at a top European outfit and Atleti get to acquire a quality, albeit old, player on a Bosman move.

Further, it also helps Simeone add more competition to an underperforming position. Marcos Llorente and Molina have been far from convincing so far, and their inconsistency could push Simeone to pursue Cuadrado in the summer.