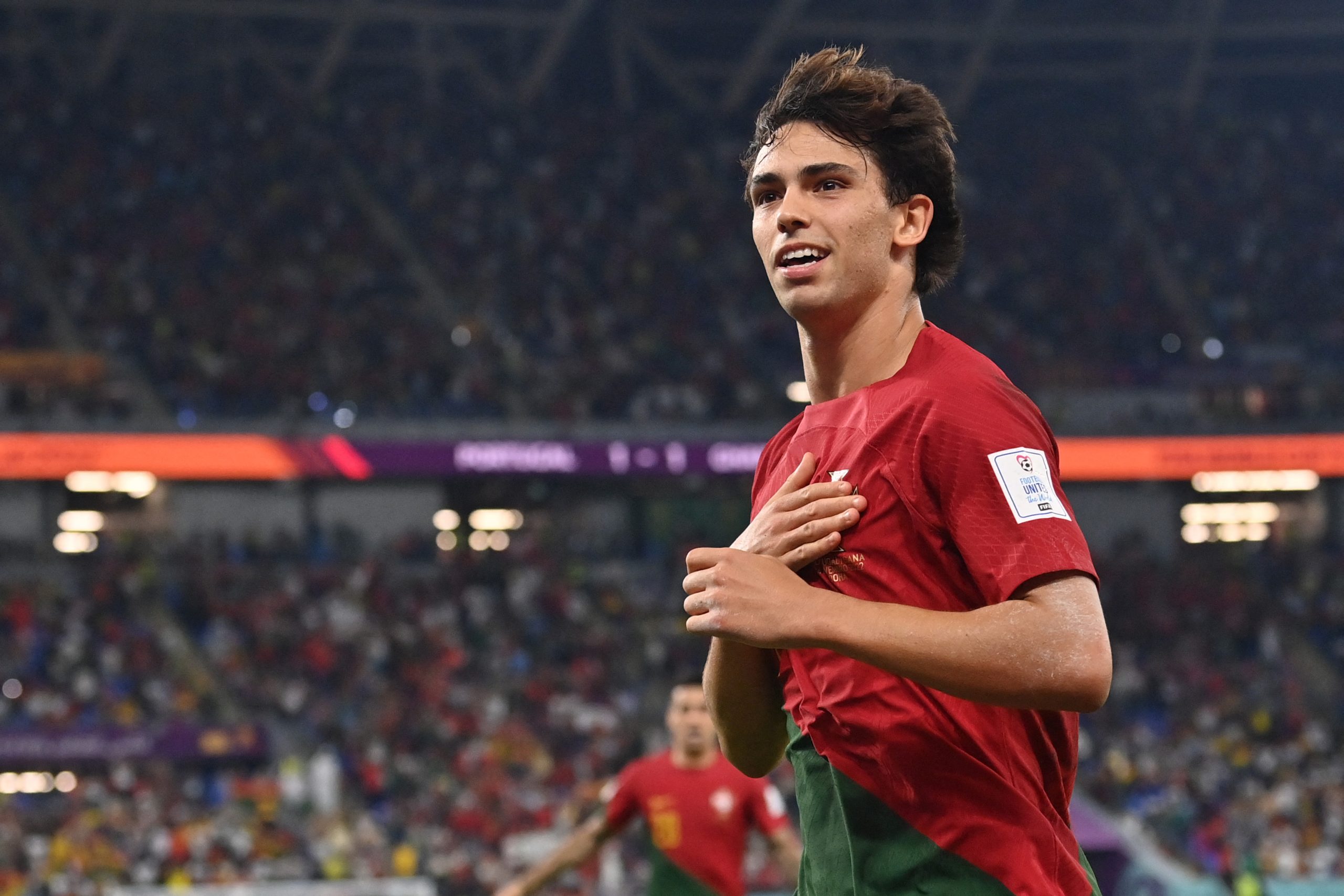 According to the latest reports from David G. Medina of MARCA, Joao Felix has asked Atletico Madrid to sanction an exit in the upcoming January transfer window. The 23-year-old Portuguese international is on the radars of Manchester United, PSG, and Bayern Munich.

Felix has been a Rojiblanco since 2019 when he arrived from SL Benfica in a massive deal worth €120 million. However, he has never been able to realise his full potential at the Civitas Metropolitano, having failed to carve out a niche for himself in Diego Simeone’s system.

Things have gotten worse for the Portuguese international this season, with Simeone opting to use him more as a backup behind the likes of Antoine Griezmann and Alvaro Morata.

So, rumblings about a January exit have been doing the rounds for a while now and as per the report, Felix has now asked the club to sanction an exit in the winter and has informed his agent, Jorge Mendes, to find him a new team.

It is further claimed that Atletico Madrid, who were insistent that Felix remains a key part of their plans, are now working on facilitating an exit for the 23-year-old prodigious forward.

Felix’s strained relationship with manager Simeone is said to be one of the reasons why Atleti have decided to give in and let the player leave as they do not want the situation to get out of hand after January.

Bayern Munich had a €100 million offer knocked back for Felix in the summer and are once again keen while PSG are also alert to the situation as they see the Portuguese as a potential replacement for Lionel Messi, who could leave in June 2023 when his contract expires.

Meanwhile, Manchester United have also held a long-term interest in Felix and could move for him, especially having decided to part ways with Cristiano Ronaldo, which has left a void in the attacking unit.

The report also indicates that Chelsea, with their new owners, have also made their presence felt in the race for Felix’s signing.

The World Cup could prove to be pivotal for Felix to find his next club. Having failed to make a mark at Atletico, the 23-year-old could use the world stage to show suitors that he is capable of performing at the highest levels, thus convincing interested parties to make a move.

Felix started the World Cup campaign positively, scoring for Portugal in their 3-2 win over Ghana – a display that drew praise from Simeone.

Atletico Madrid need to generate in excess of €60 million to balance their books and the 23-year-old’s sale could be key to that. What is clear is that Felix is close to leaving the club, but what remains to be seen is whether the exit materialises in January or the summer.