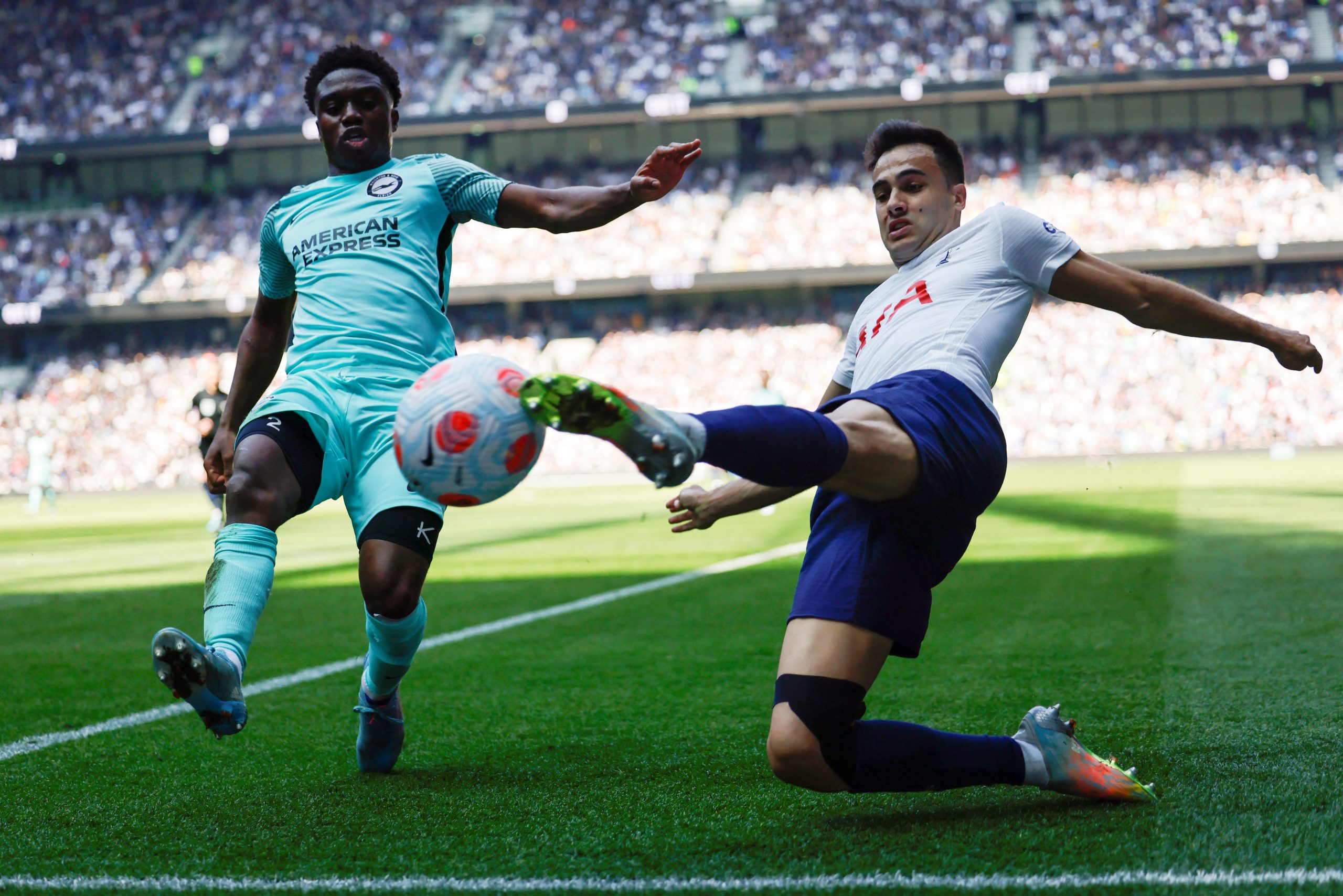 With Renan Lodi nearing a transfer to Premier League side Nottingham Forest, Atletico Madrid have already begun their search for a replacement for the Brazilian left-back.

According to Fabrizio Romano, Atletico Madrid are already in talks with Tottenham Hotspur over the potential signing of Sergio Reguilon.

The former Real Madrid prospect has fallen out of favour at the Tottenham Hotspur Stadium under Antonio Conte and is primed to leave the club before the transfer window closes.

Plenty of clubs have taken an interest in the Spaniard, who is ‘more than appreciated’ at Atletico Madrid. With the situation surrounding Lodi evolving in the last few hours, negotiations for Reguilon could pick up pace.

A product of the Real Madrid youth academy, the 25-year-old made only 22 senior appearances for Atleti’s arch-rivals. Instead, Reguilon’s shot at fame came during the 2019/20 campaign when he was on loan at Sevilla, helping them win the UEFA Europa League.

Soon after that, a move to Tottenham Hotspur materialised, with Real Madrid including a €40 million buyback option which will expire at the end of this transfer window. However, they have not shown any inclination to trigger that clause, leaving the field clear for Atletico.

Lodi has been at the club for three years and his departure will leave a void at the Civitas Metropolitano, even though Reinildo Mandava is available at Diego Simeone’s disposal.

Signing a player like Reguilon, who is young but has a good degree of experience and exposure at the top level can be a good move.

Recent reports had indicated that Atleti had lodged a request to sign him on loan. Romano’s update does not specify whether the Colchoneros are trying to get him on a temporary deal or permanently, but talks are already underway and Reguilon could soon return to the Spanish capital.