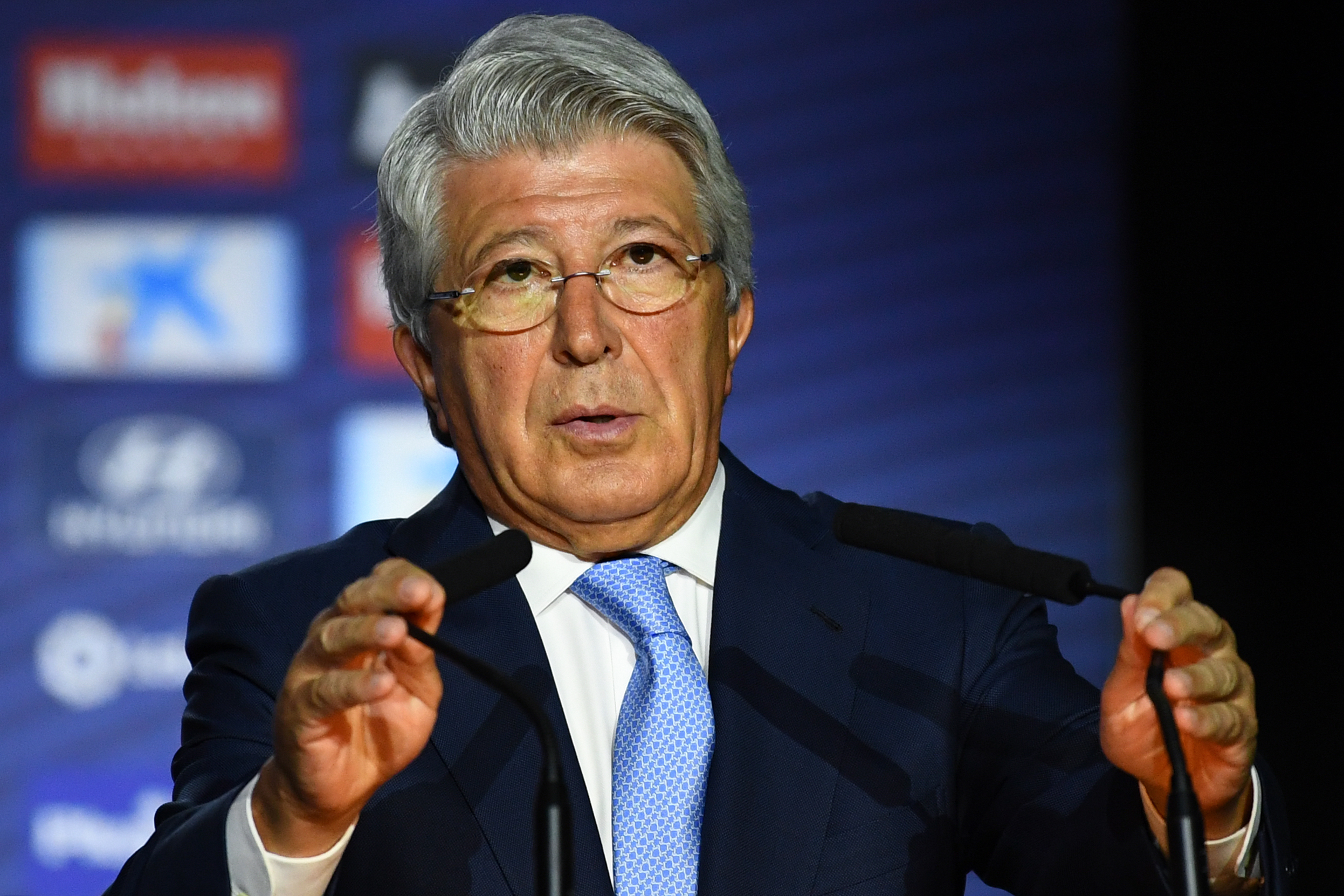 Atletico Madrid president Enrique Cerezo spoke to the media earlier today ahead of the team’s UEFA Champions League encounter against Club Brugge at the Jan Breydel Stadium in Belgium.

The Rojiblancos supremo insisted that it is extremely important that the club win the game tonight, having lost their last Champions League encounter against Bayer Leverkusen prior to the international break.

As quoted by AS, he said: “Unquestionably we have to win, because if we don’t we will be annoyed to go through to the Round of 16. We have hope, the team are happy, and they are fine. They already showed in Seville that they play well, that they want to win.”

Diego Simeone switched the formation of the team to a 4-4-2 in the last game against Sevilla which Atletico won. When quizzed if that setup suited them better, Cerezo replied:

“The team played well and were able to score more goals, they played a great game and that’s what matters and what people like.”

There has been a lot of criticism directed towards Atletico Madrid midfielder Rodrigo De Paul after he missed the Sevilla game due to personal reasons and was spotted in Miami afterwards. He is back now and has been included in the squad for the Club Brugge encounter.

When asked for his thoughts on the matter, Cerezo said: “I say it very clearly, it is an issue between De Paul and us. That’s all.”

On being asked if the Argentine midfielder had received permission from Atletico Madrid for his absence, Cerezo reiterated his earlier reply, saying:

“It is an issue between him and us. What happens outside of here is of no interest to anyone except the club and him. The rest is clear. Let everyone think what they want…”

The Colchoneros president also talked about Alvaro Morata and his turnaround of fortunes as the Spaniard could have left the club in the summer but is now proving to be a key performer.

“In Morata he has always believed and that is why he is with us. What happens is that in the circumstances of the world of football, these things happen many times. You (media) also change jobs,” Cerezo exclaimed.

While there have been reports of negotiations going on between the two clubs, Cerezo said that there had been no change with regard to the Frenchman’s playing time.

“Regarding Griezmann, life goes on the same. Let’s hope he plays after 60′. In the world of football, negotiations are always taking place,” he said.

There have been a lot of questions regarding Atletico Madrid’s recruitment this summer, with fans especially displeased with the lack of investment in the centre-back department. When put that question forward by a journalist, Cerezo said:

“If they don’t understand it, how can I understand it? We have a complete team, maybe what you say is true, but our technicians still think it’s not.”