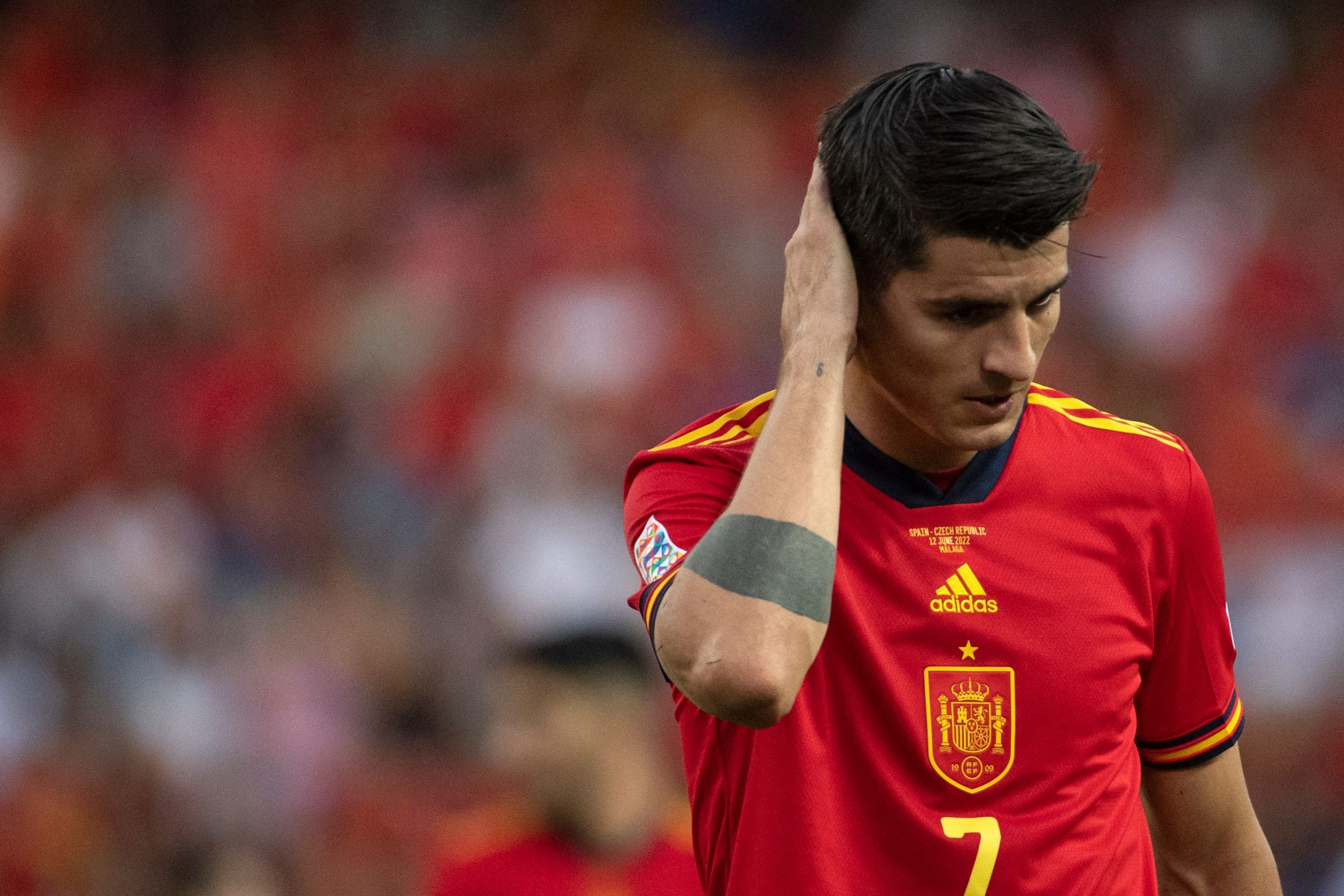 Atletico Madrid have found themselves in a precarious position, as far as their attacking unit is concerned.

With Luis Suarez leaving the club at the end of the 2021/22 campaign, the club have been eyeing a viable goalscorer ahead of the new season.

However, Los Rojiblancos haven’t had much luck in their pursuit of a number nine, which has led to the club scouring for short-term options in the market.

Cristiano Ronaldo was among the players targeted by Atleti ahead of the new season, with the Manchester United superstar currently looking to leave Old Trafford in order to compete for the UEFA Champions League next season.

However, Atletico Madrid are facing financial roadblocks in their pursuit of Ronaldo, with the club currently dealing with a wage deficit. And with not much luck in their pursuit of other number nines, the club have informed Alvaro Morata to remain at Wanda Metropolitano.

This has been reported by Anton Meana (h/t Atletico Universe), who suggests the club have asked the player to stay beyond the summer, in light of their lack of depth in the goalscoring department.

Formerly of Chelsea, Morata is currently returning from his loan spell at Juventus. The Spaniard was widely expected to leave Atleti on a permanent deal, with many clubs across Europe gunning for his services.

However, it appears Morata may continue at Atleti next season, possibly serving as the first-choice goalscorer for Diego Simeone’s men.

Meana further suggests Atletico Madrid will not be able to sign Ronaldo, as the club are not in a position to afford Antoine Griezmann, Ronaldo and Morata.