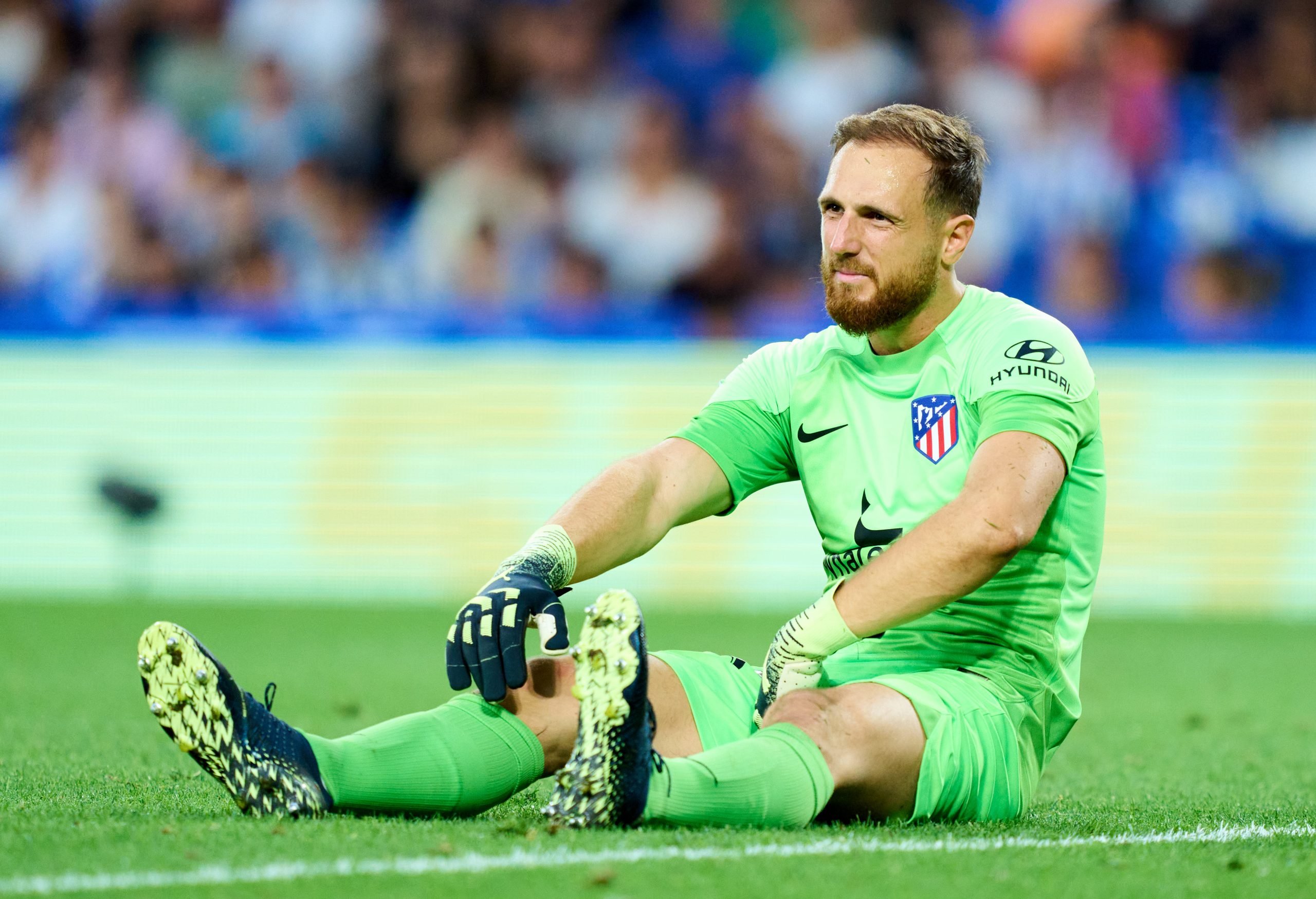 In an attempt to tackle Umar Sadiq, Reinildo accidentally slid into Jan Oblak, with the latter having to be substituted for Ivo Grbic in the 85th minute in Atletico Madrid’s 1-1 draw against Real Sociedad.

With Atleti supporters having their hearts in their mouths about the status of the Slovenian’s fitness, official confirmation by the club has confirmed their worries.

As per the Rojiblancos via Twitter, Oblak was taken off due to a thigh injury.

Jan Oblak was substituted due to a thigh injury.

The fear amongst the fanbase is presumably the extent of their prized goalkeeper’s injury, considering his status as arguably the side’s most key player over the years.

Furthermore, Diego Simeone’s side have started the new season in unconvincing fashion.

With two wins, one defeat and one draw in four matches, the last thing that the side needs currently is to lose their vice-captain and impregnable presence in between the sticks for a lengthy period.

The last time Oblak suffered a major injury was back in the 2016/17 campaign, where a shoulder injury meant he missed a staggering 15 games of football.

Without trying to speak such a travesty into existence, a similar spell out on the sidelines for Jan Oblak could potentially derail Atletico Madrid’s season already, considering the injury looked serious at first glance.