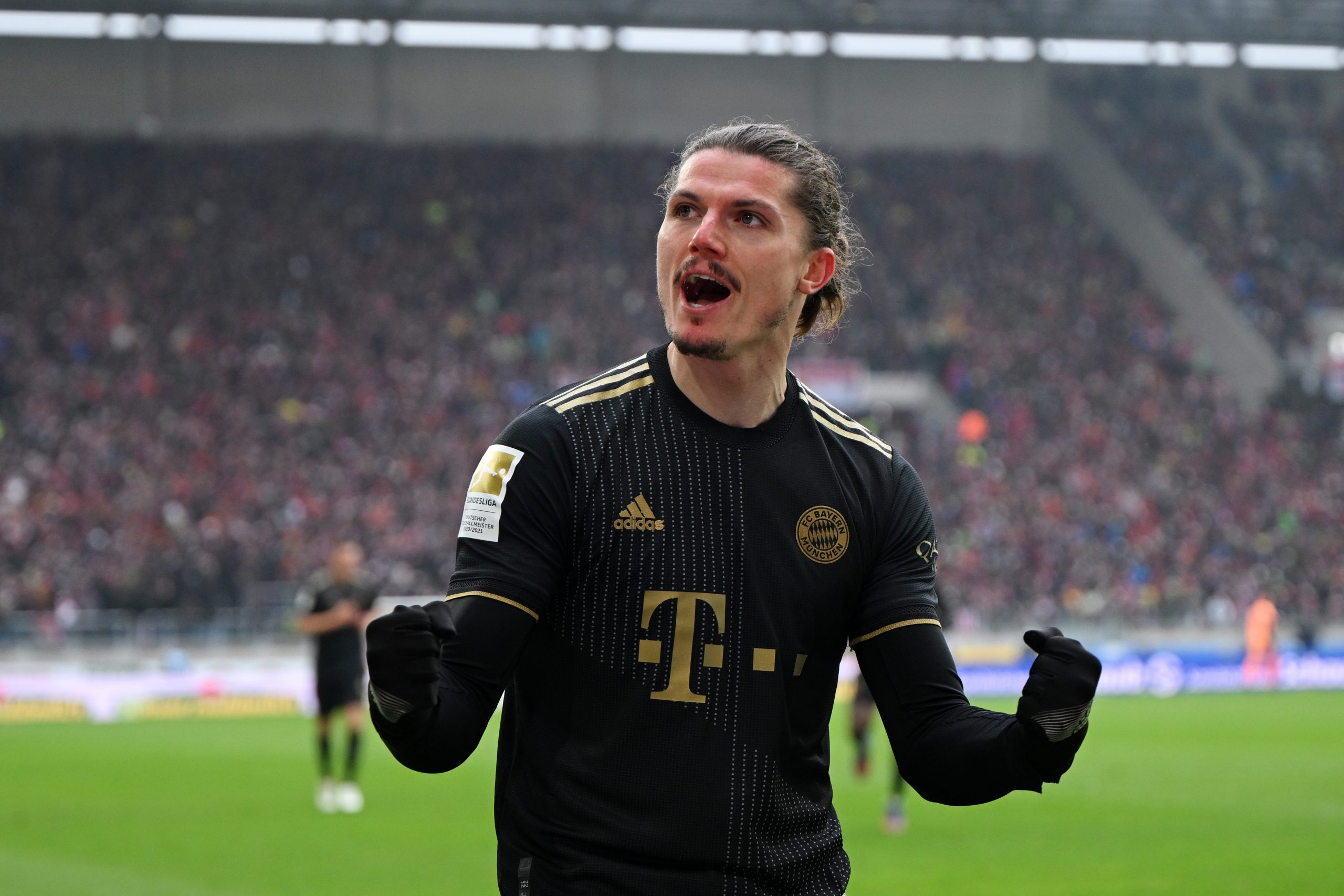 Barcelona and Real Madrid’s transfer plans are no secret heading into the June transfer window. Los Blancos eye Kylian Mbappe, while the Blaugranas seem determined to sign a new striker and reinforce the centre-back and left-back positions.

However, Atletico Madrid’s plans are not clear. Los Rojiblancos have been linked with a plethora of players of different profiles. Yet, no link has been strong enough so as to consider the interest genuine.

According to reports from the reliable Christian Falk (h/t Atleti Francia), the Madrid-based club currently eye Bayern Munich’s Marcel Sabitzer as a possible signing in the summer.

The Austrian international plays as an attacking midfielder. Though he prefers to be deployed on the left side of midfield, Sabitzer is dynamic enough to adapt to a central role as well.

This season, the 28-year-old had started only seven league games for Bayern Munich despite appearing in 24. He has played an average of just 37 minutes per league game.

In his 900 minutes, the Austrian has scored one goal, created four big chances, and missed two. However, what could make him a misfit for Simeone’s system is the fact that Sabitzer’s defensive contribution is very minimal, a crime in Atletico Madrid’s philosophy.

Bayern Munich are said to be demanding €15 million for Sabitzer’s transfer. While the fee is not a problem for Los Rojiblancos, they will have to reinvestigate his profile and ensure that the player will fit into the team.

Moreover, the club will have to finalize some departures in the attacking department before signing the Austrian.