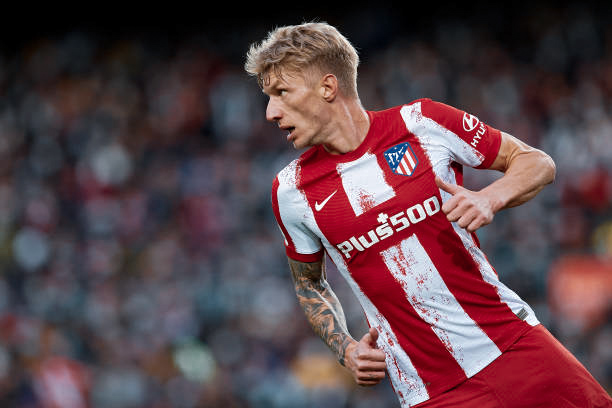 One of the transfers that highlighted the winter transfer window was that of Kieran Trippier to Newcastle United. The former Atletico Madrid player was the only Englishman in La Liga, but a crucial part of Diego Simeone’s setup.

Despite not having the most successful period in Spain, Trippier returned to England a far better player than he was. Needless to say, his departure was compensated by the arrival of Daniel Wass from Valencia at the end of the window.

Wass made his debut under Simeone at Camp Nou, coming on as a half-time substitute. He had a mediocre outing in his 45 minutes on the field, constantly struggling to fit into the new philosophy around him.

In the 90th minute, Wass clattered into Ferran Torres and was taken to the sidelines to be treated. Instead of being taken off, he was asked to play on for the remaining minutes, and Los Rojiblancos could end up paying dearly for Simeone’s decision.

As announced by the club, the Dane suffered an injury to his medial collateral ligament on his right leg. Preliminary examinations reveal a grade two sprain which could keep him out of action for close to two months.

In his absence, the manager will have to count on Sime Vrsaljko to cover at right-back. The Croatian had a disastrous first-half performance against Barcelona, managing only one defensive action in the entire half.

Simeone has come under immense criticism for his decision to persist with an injured Wass on the field and aggravate his injury. The club are now in fifth place and will have to hope for a slip-up from Barcelona or Real Betis to catch up.