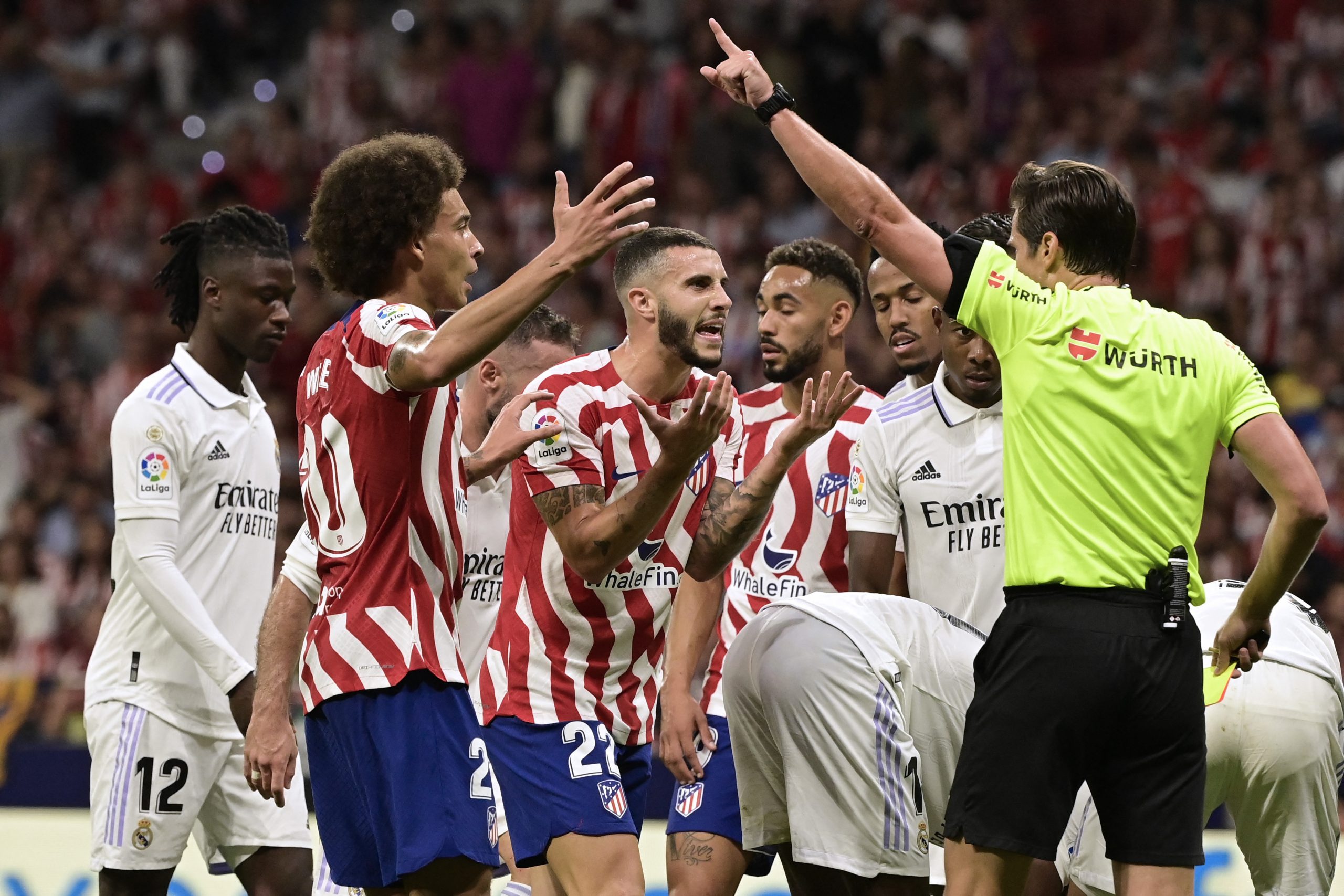 While the Merengues seemed to be cruising towards an easy win, a late goal from substitute Mario Hermoso threw the cat among the pigeons, sparking a possibility of a comeback from the home team.

However, having become the hero for his team, the Spanish defender soon turned villain minutes later as he was shown a yellow card for brawling with Dani Carvajal, before receiving a second booking for a push on Dani Ceballos, leading to his sending off.

However, MARCA is now reporting that Atletico Madrid are planning to appeal against the second yellow card shown by referee Munuera Montero, as they believe it was an unfair decision.

Los Rojiblancos are willing to concede that Hermoso’s first booking was valid after he got into a fight with Carvajal. However, they believe that the second yellow card was unwarranted as the centre-back did not touch Ceballos with enough force to send him to the ground.

The legal team of the Spanish capital club plan to submit the video of the incident as evidence to prove that the alleged push did not deserve a booking.

There is confidence within the club that the decision will be overturned following the appeal, which would ensure that Atletico will be able to call upon Hermoso when they face top-four rivals Sevilla after the international break.

The loss on Sunday was Atletico’s second of the La Liga campaign and leaves them in seventh place on the table, already eight points shy of their neighbours, who sit atop the standings.