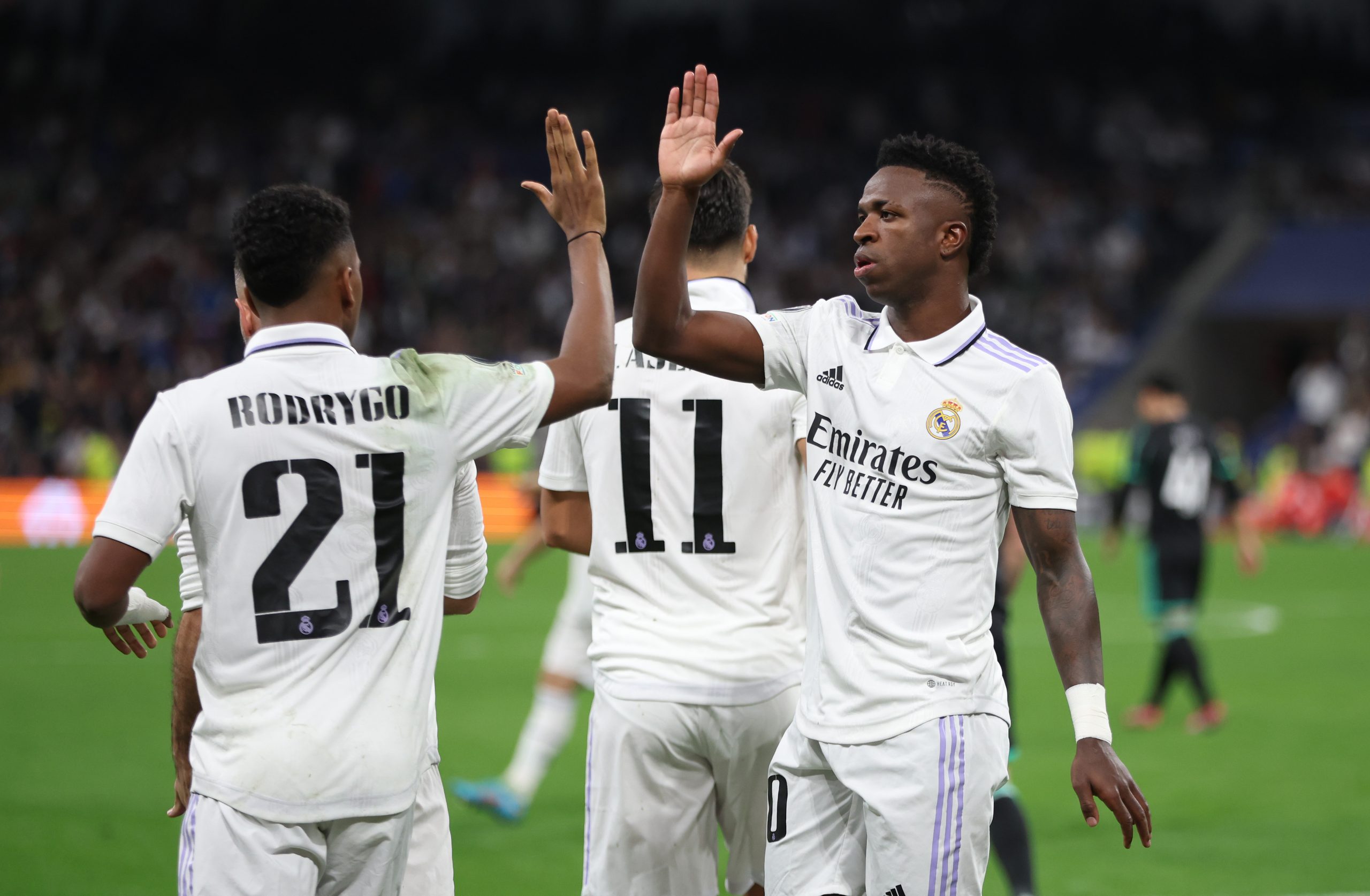 Alves, 39, continues to be a part of the Brazil national team setup and is in the squad for the FIFA World Cup 2022, along with Rodrygo and Vinicius.

Having played some of football’s greatest like Kaka, Neymar, and Lionel Messi, among several others, Alves knows what it takes to reach the pinnacle of greatness. And the 39-year-old said that he sees something very special in both Rodrygo and Vinicius.

During an interview with The Guardian, the former Barcelona defender said about Rodrygo:

“I am a big fan of Rodrygo. I could spend all day talking about him. He’s a phenomenon, a prodigious talent who sees things no one else does, who plays where no one else does with daring, personality.

“It’s a long time since I saw a player like him. When he was at Santos I told friends: he’s going to be a football great, without a doubt.”

Talking about Vinicius, Alves added: “Viní brings the spectacular: a brutal individual talent, speed, power, an incredible willingness to take people on. He maybe has to work on the combinative play, which Rodrygo already has, but he’s, wow, amazing.”

However, Alves did insist that the two are still very young and need to keep working, saying: “There’s still a process to come. We can’t forget with a lot of these players that we’re talking about people who are 20, 21, 22.”

Both Rodrygo and Vinicius have grown into critical components of Carlo Ancelotti’s Real Madrid side. They had a big hand in Los Blancos’ La Liga and UEFA Champions League success last season and have been in good form this term as well.

Vinicius has scored ten goals and set up five more in 21 games for Real Madrid this term whereas Rodrygo has seven goals and five assists from 19 matches.

Given the attacking riches at the disposal of Brazil manager Tite, it will be interesting to see how much the Real Madrid duo feature at the World Cup. But, in Dani Alves’ mind, it is clear that both Rodrygo and Vinicius are on the path to greatness.