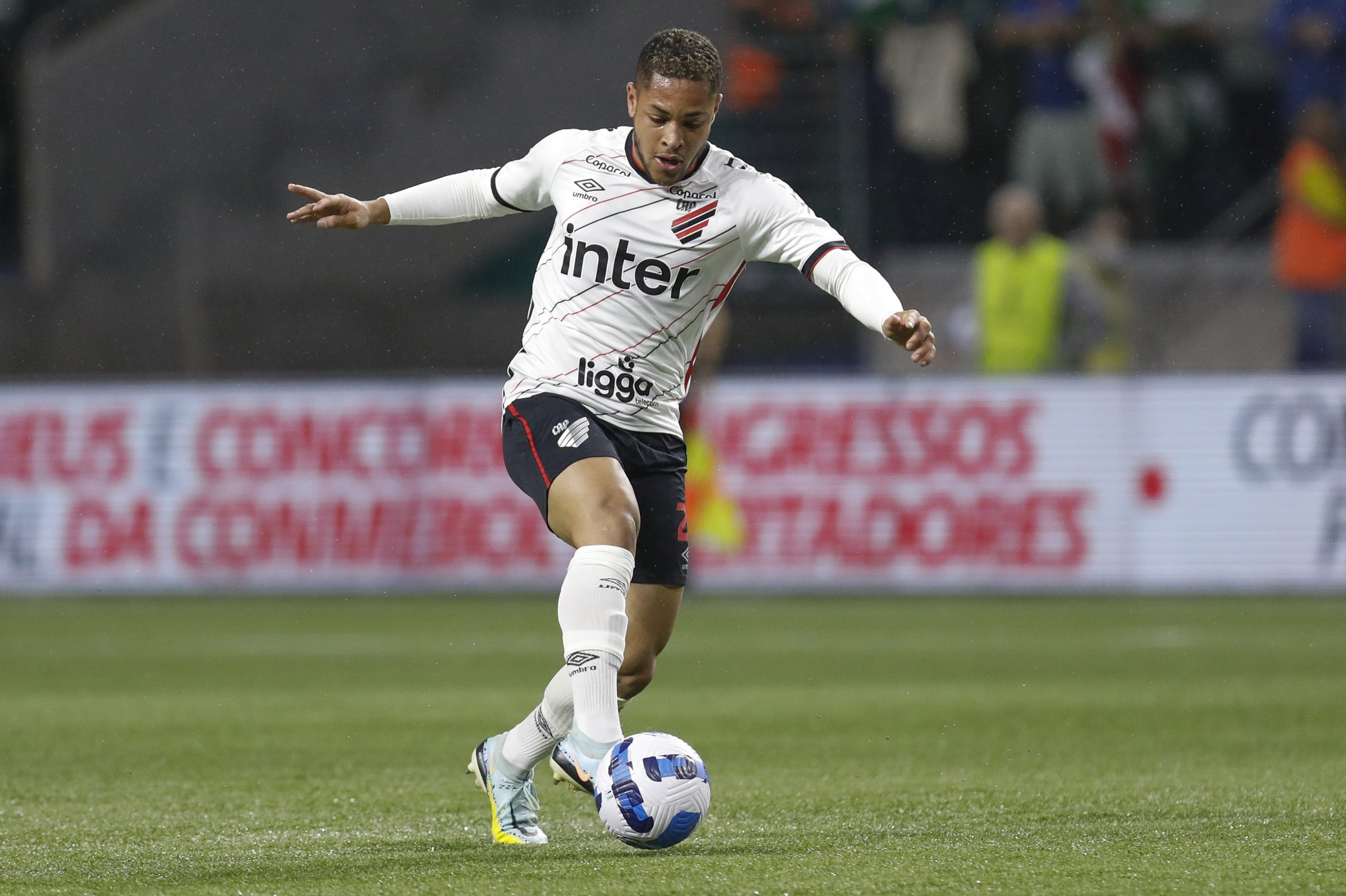 Real Madrid are may have fallen behind in the chase to sign one of Brazil’s top talents in Vitor Roque, with Mundo Deportivo claiming that La Liga rivals Barcelona are aiming to strike an agreement with Athletico Paranaense for his acquisition even before next summer.

Roque, 17, has been a sensation for Athletico, especially in their Copa Libertadores campaign where they are set to take on Flamengo in the final tonight. In the competition, which is the equivalent of the Champions League in South America, he has scored two goals and has provided as many assists.

While Madrid have been keeping a close eye on his progress, it is Barcelona, who have devised an extensive scouting strategy for the 17-year-old. Given that he will only turn 18 in February next year, Barcelona want to sign him next summer by striking an early agreement with his team.

The plan of action is similar to that of Real Madrid when they signed Vinicius Jr. The Merengues struck a deal in May 2017, but it only became effective after his 18th birthday in July 2018.

At Barcelona, they see Roque as someone who is well above his age. He is fast, agile, disciplined and knows how to exploit the pockets of spaces. On top of that, Barcelona’s adviser in Brazil, Deco, has endorsed his name big time.

For now, any team that wants to acquire his services has been told to shell out anywhere between €35-40 million, which is the similar range that was quoted for Vinicius and Rodrygo.

“He is a different player,” explains former Brazil manager Luis Felipe Scolari. “He is 17 years old, but from his physical, technical and mental structure, it seems that he is 22-23. He is a forward that is very difficult for defenders to deal with: he protects the ball well and he is fast,” he added.

Given the work Barcelona have put in, it is seeming evident that Real Madrid could miss out on the youngster this time.