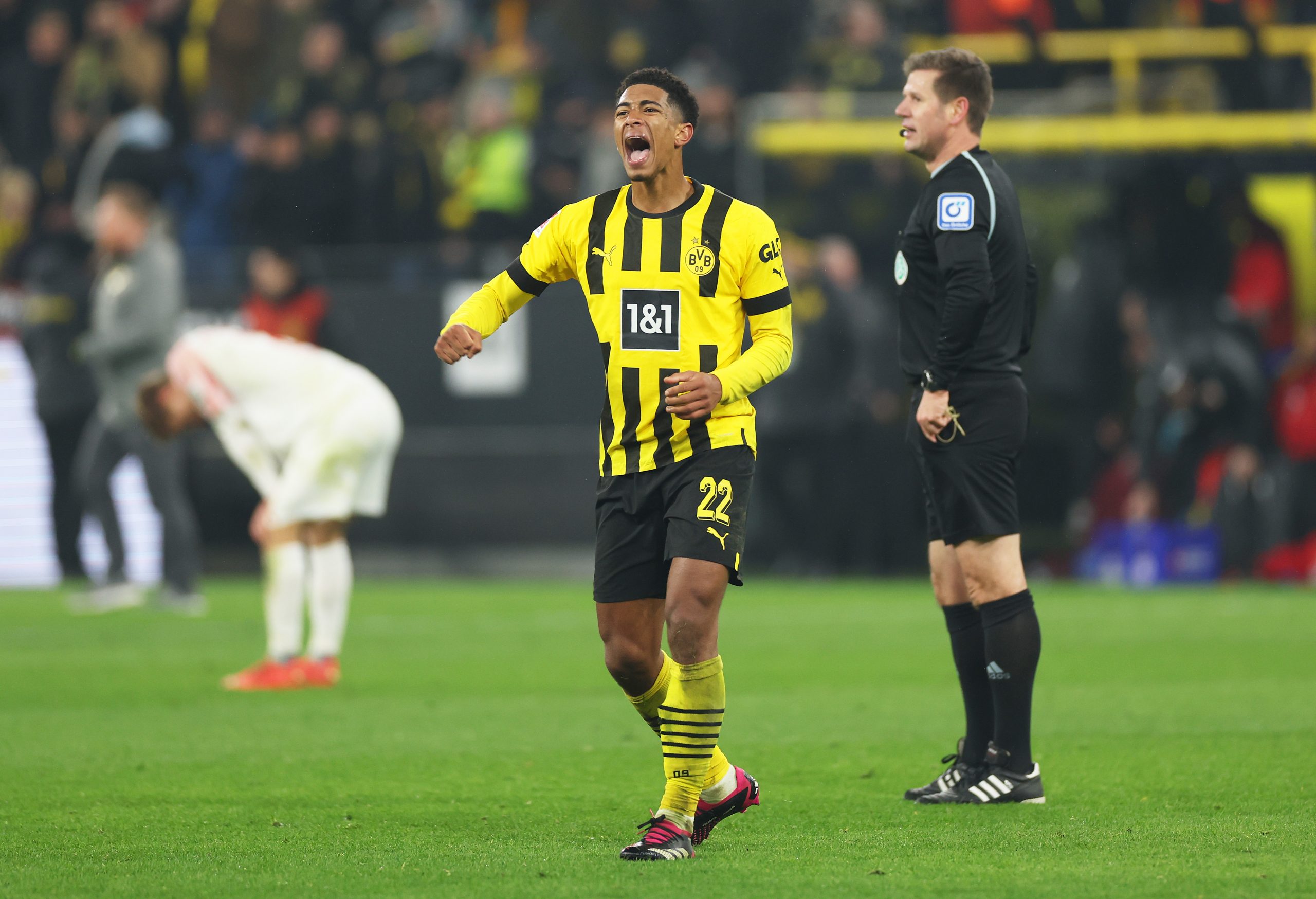 At this point it is well-established that Real Madrid are seriously interested in signing Borussia Dortmund midfielder Jude Bellingham in the summer transfer window.

The 19-year-old midfield sensation has become the club’s primary transfer target ahead of the 2023/24 campaign, as they look to put a succession plan in place for Luka Modric.

Real Madrid are set to face stern competition in their pursuit of Bellingham, though, as the likes of Liverpool and Manchester City also want to sign him. Moreover, Dortmund are also making an attempt to keep him at the club by offering him a bumper new contract.

Amidst this, though, Bellingham might have dropped a hint about what his plans for the future are.

During an interaction with Borussia Dortmund’s official YouTube channel when he was asked to pick his Team of the Year for 2022, the 19-year-old selected as many as four players from Real Madrid.

Starting things off, Bellingham had no doubts about choosing Thibaut Courtois as his goalkeeper, as he said: “I went to the Champions League final and he was unbelievable, he was so good. Saved everything.”

The England international then went on to name Eder Militao as one of his centre-backs, saying: “I will have Militao in my TOTY. He was really good. Won the UCL.”

Veteran midfielder Modric was also an easy pick for Bellingham, but he had a tough time deciding between Federico Valverde and Toni Kroos, although he ultimately opted for the former.

“De Bruyne, Luka Modric are locked in. I would also have Valverde, he’s so good. Him or Kroos… it’s so tough,” Bellingham said.

Bellingham’s contract with Dortmund runs until the summer of 2025 and the German giants could demand a fee as high as €150 million for him in the summer. Whether a move to Real Madrid materialises in the summer will be interesting to see.