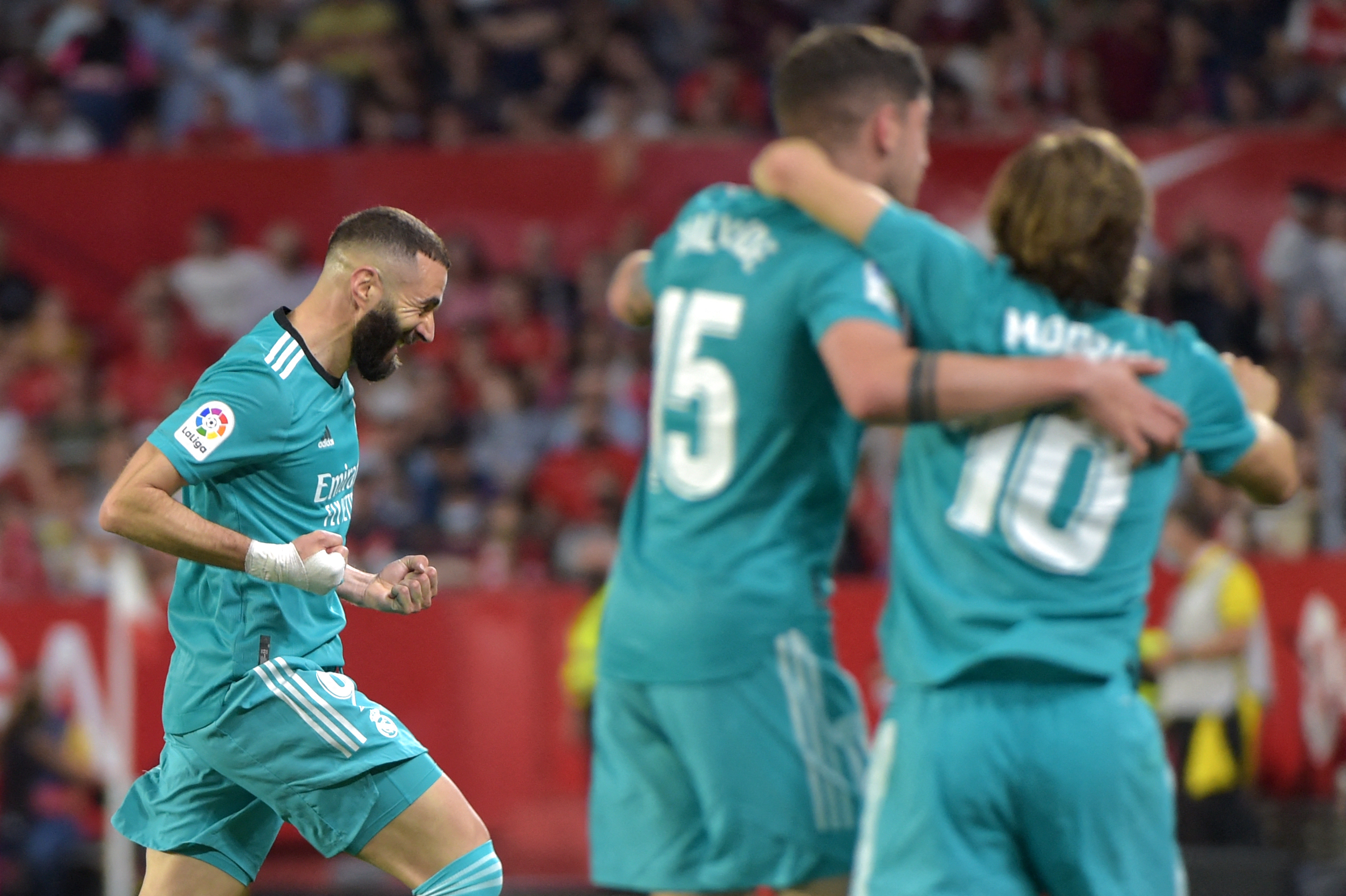 Real Madrid are just seven points away from sealing the La Liga title after Barcelona’s slip up against Cadiz at the weekend. However, there is sufficient time ahead for Ancelotti’s side to deal with the league.

On Wednesday, Los Blancos step onto the pitch with only one goal in mind — the game against Manchester City next week.

The Champions League semi-finals gives Real Madrid the chance to finish with three trophies this season, something the team would not want to compromise on.

Carlo Ancelotti must deal with one clash before the big game, and that will be at El Sadar against Osasuna. Los Blancos have not lost in their last 15 outings against the hosts and will look to improve that record on the night.

Madrid Universal takes a shot at the lineup Madrid could start with tomorrow night.

Heavy rotations are expected for the league clash, but one player who will start regardless is Thibaut Courtois. The Belgian shot-stopper has been amongst the team’s top three performers this season and will hope to stay in fine touch ahead of next week’s clash.

In central defence, David Alaba will be the centre-piece. The Austrian international has been far from perfect in recent games, especially his display against Chelsea in the second leg. He will look to make amends against Osasuna.

Eder Militao is expected to start alongside Alaba. The 24-year-old has had a great season under Ancelotti and recorded two tackles and one clearance against Sevilla. However, given the fact that Real Madrid’s defence have conceded five goals in two games in worrying.

Daniel Carvajal was the man of the match against Sevilla as he assisted two goals for his side in their comeback win. He will start at left-back given that Ferland Mendy and Marcelo will be unavailable. At right-back, one could expect Lucas Vazquez to start.

Changes are expected in midfield. Casemiro suffered a fitness blow during training on Monday and will certainly miss the midweek game. However, he is expected to return for the game against Pep Guardiola’s side. Eduardo Camavinga starts in that role, most probably.

Luka Modric will get a deserved rest, too, as was confirmed by Carlo Ancelotti. Federico Valverde will likely take his place in the lineup. The Uruguayan effectively played as as a right-winger in the last game but will be back to his usual duties tomorrow.

The final place in midfield has Toni Kroos’ name written on it. The German will have to step up against Osasuna and lead from the front, especially considering his mediocre performances in recent games.

Ancelotti already revealed that Karim Benzema will be the striker against Arrasate’s team. The Frenchman once again scored a last-minute winner against Sevilla, much like his winning goal in the previous game against Chelsea.

Vincius Jr will start on the left-wing. The Brazilian has proven himself to be an undisputed starter this season under the Italian manager.

The final player in the lineup will be Rodrygo. The youngster earns his spot purely through merit accumulated in recent games. Against Chelsea, he scored the all-important equaliser, and the first of three goals vs Julien Loptegui’s side on the weekend.

Having a player of Luka Modric’s quality on the bench is the king of luxuries that a manager can have. While Ancelotti will look to minimise the Croatian’s involvement in tomorrow’s game, it goes without saying that the veteran can be valuable off the bench.

Marco Asensio could come on in the second half, especially if Los Blancos find themselves trailing. He has not scored since early March, and will push to prove his worth.

Nacho Fernandez could come on for the final ten minutes to relieve literally any of the back-four of their duties. The same goes for Rafa Marin, who has been called up from Real Madrid Castilla, but not given any minutes yet.

Finally, given the importance of the City game in midweek, it would not be farfetched to see Dani Ceballos to get some minutes in place of Kroos, who needs to be at his best. 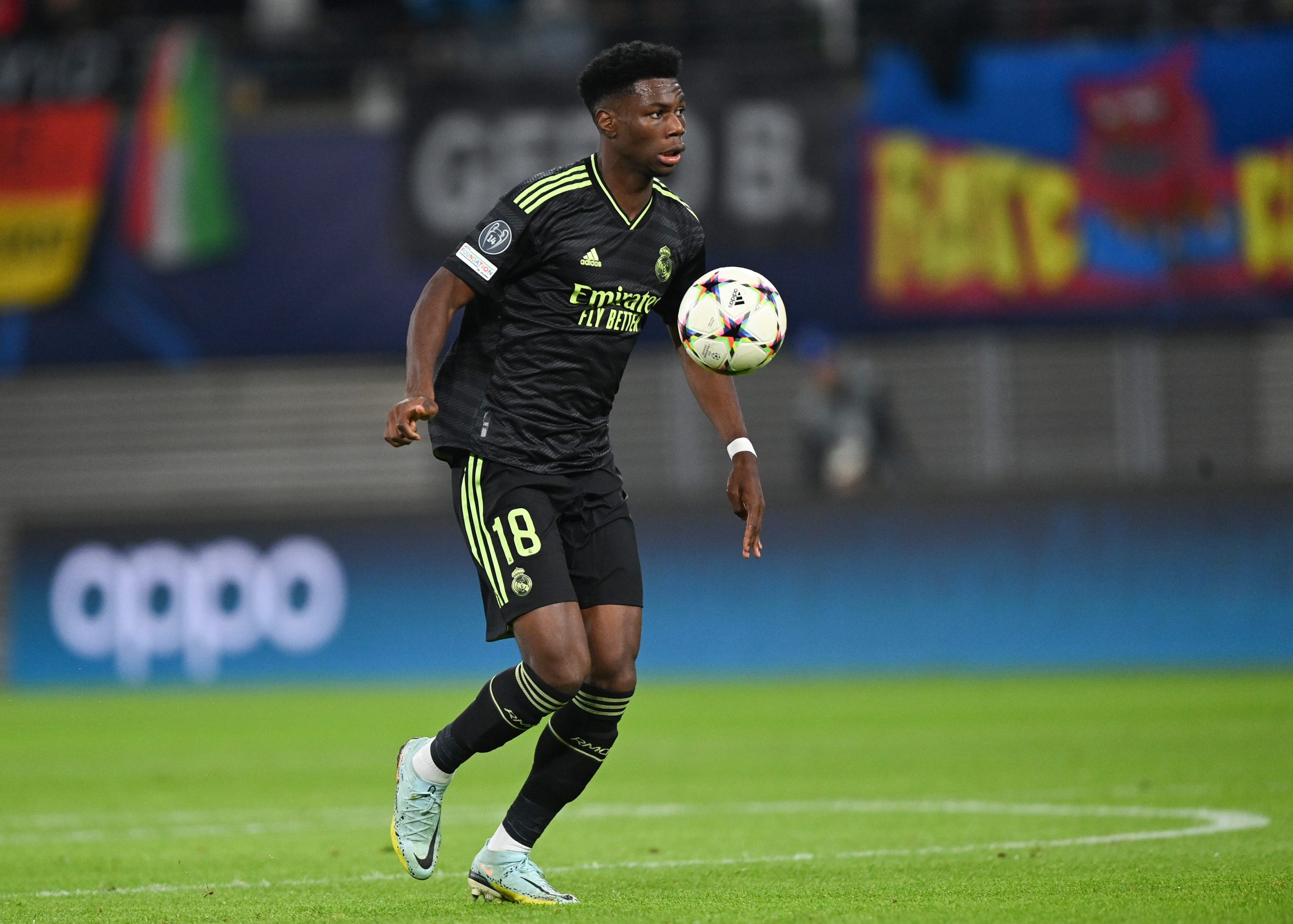