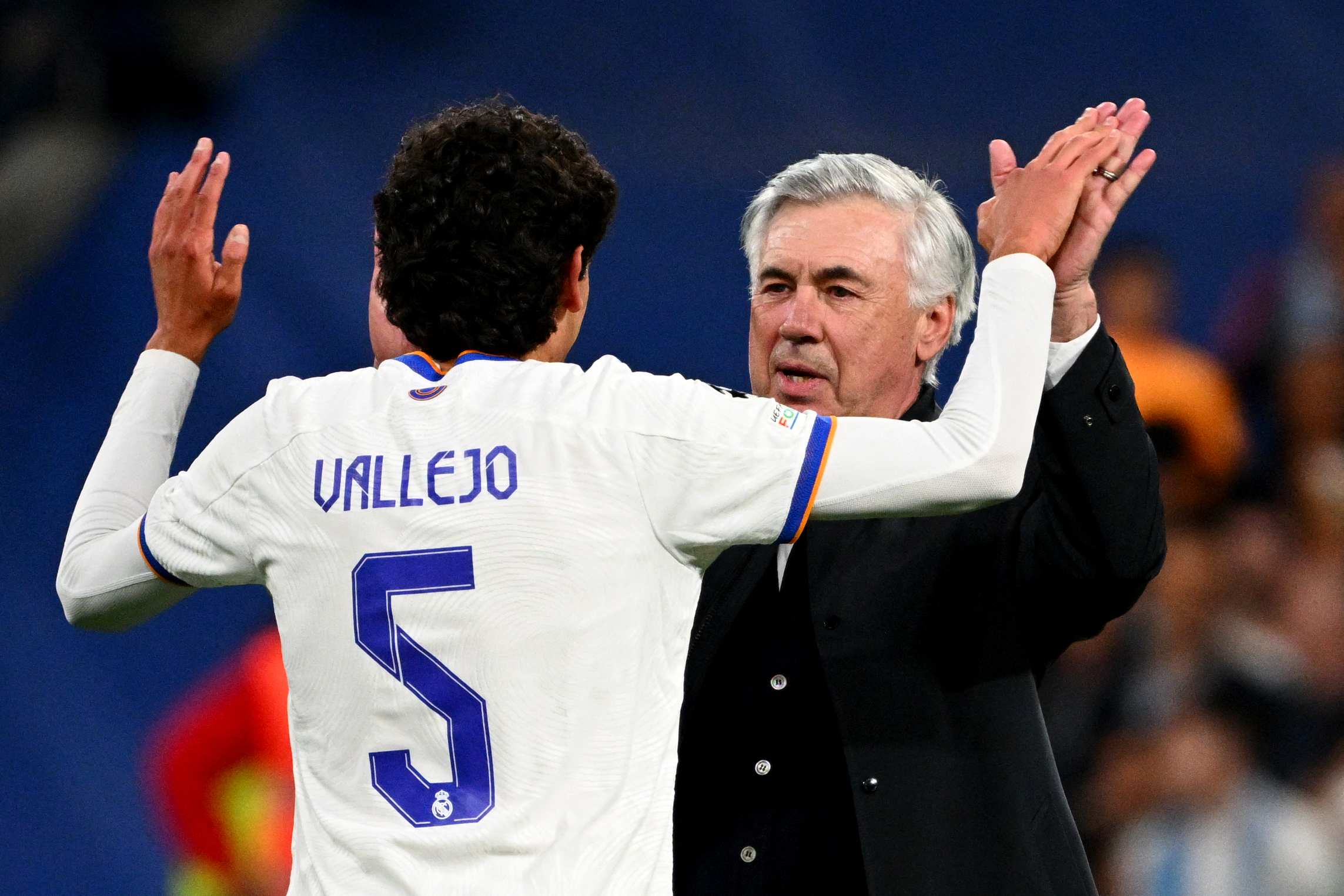 The summer transfer window is quickly approaching its closing days, but Real Madrid are yet to take a firm stance on the situation of several players.

The Spanish club have been on the fence for most of their players, neither pushing for their departure nor committing to their extension. One such player is Jesus Vallejo.

According to reports from Diario AS, Carlo Ancelotti is happy with the player’s recent performances. While the door to his exit remains open, the coach is not opposed to the Spaniard’s continuity either.

The 25-year-old was heavily linked with a departure ahead of the transfer window. However, his strong performances in the preseason have made a lasting impression on the manager, who now sees Vallejo as a valuable option.

In the USA leg of the preseason, the defender played 84 minutes over three games and even recorded one assist in the game against Juventus.

The centre-back will face heavy competition to start if he opts to stay. At the moment, Antonio Rudiger, Eder Militao, Nacho Fernandez, and David Alaba are all ahead of Vallejo in the pecking order.

There are rumours of Ancelotti planning to use the Spaniard at left-back for the upcoming season, and it was confirmed when the manager opted to try it against the Bianconeri.

Given that Ferland Mendy is the only direct option to cover the left-back position, this solution could help Vallejo get more minutes under his belt. Yet, the outcome will depend on where Alaba’s future lies- central defence or left-back.