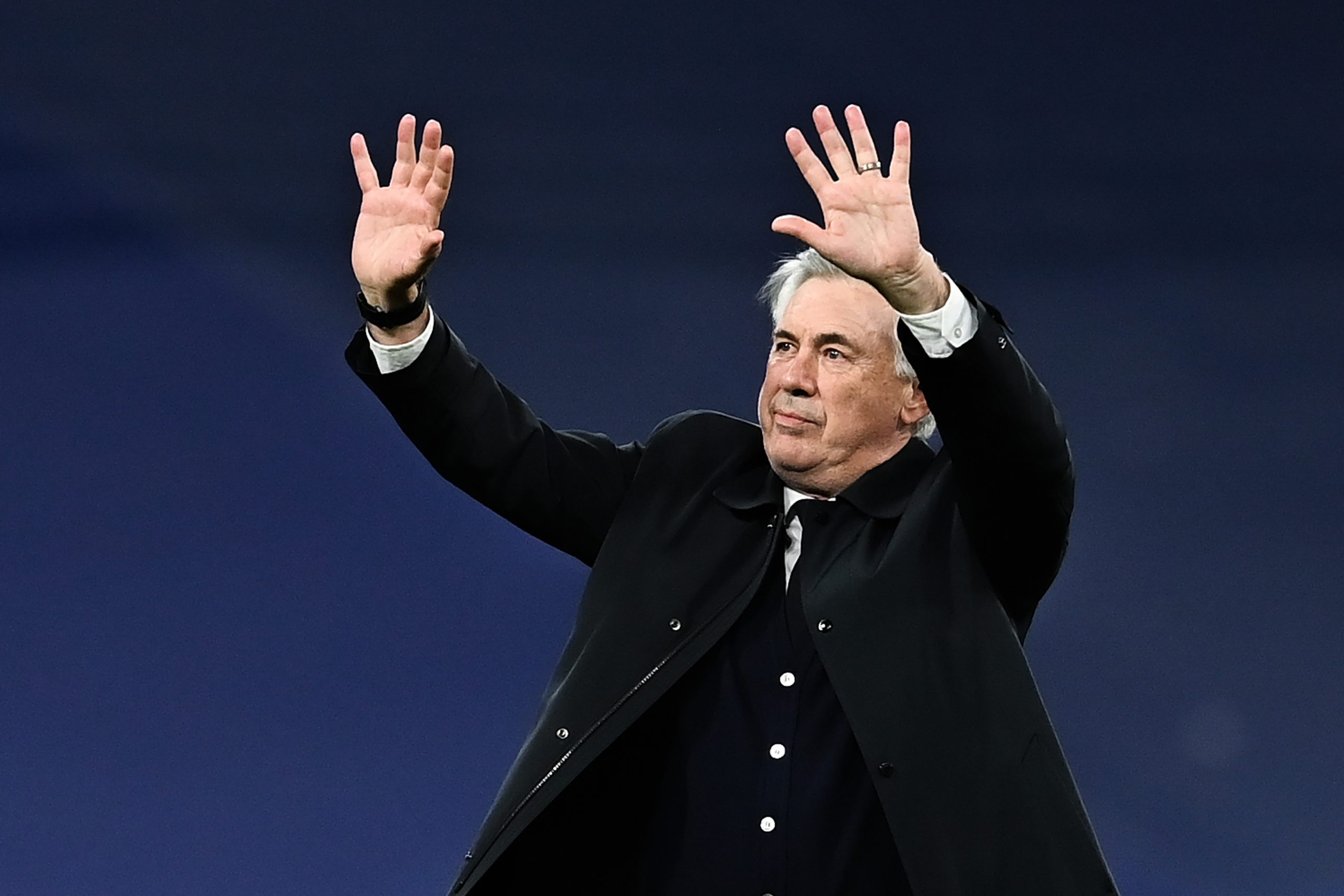 Despite supposedly being a team in ‘transition’, Real Madrid have dominated world football on all fronts this season.

Carlo Ancelotti’s side sealed the league title last week with their win over Espanyol with over four games in hand. Meanwhile, the team pulled over an unimaginable comeback against Manchester City to advance to the finals of the prestigious competition.

With the league done and dusted, the manager prioritises the European competition now.

The final against Liverpool is scheduled for later this month, and hence, it is the ideal time for Ancelotti to bench his starters, despite the next game being the Madrid derby against Atletico Madrid.

According to reports from Diario AS, the coach has decided to field his ‘B team’ against Atletico. The clash would see several key players rested and fringe players given a start.

Lucas Vazquez, Marcelo, and Jesus Vallejo are reportedly set to start in the backline on the night, with Daniel Carvajal, Ferland Mendy, and Eder Militao given a rest.

Meanwhile, it is expected that the veteran trio of Toni Kroos, Luka Modric, and Casemiro start on the bench too. In their place, the likes of Federico Valverde, Dani Ceballos and Eduardo Camavinga could be given a chance.

While the combination in the front three is difficult to predict, Marco Asensio is ready to feature at Wanda Metropolitano. Combeack hero Rodrygo, too, could make the appearance form the get-go.

The Madrid derby has already got into a fair share of controversy after Atletico denied to give their rivals a guard of honour for their 35th league title. While Los Blancos will field a weaker team, it will be interesting to see how the backup players perform under pressure.