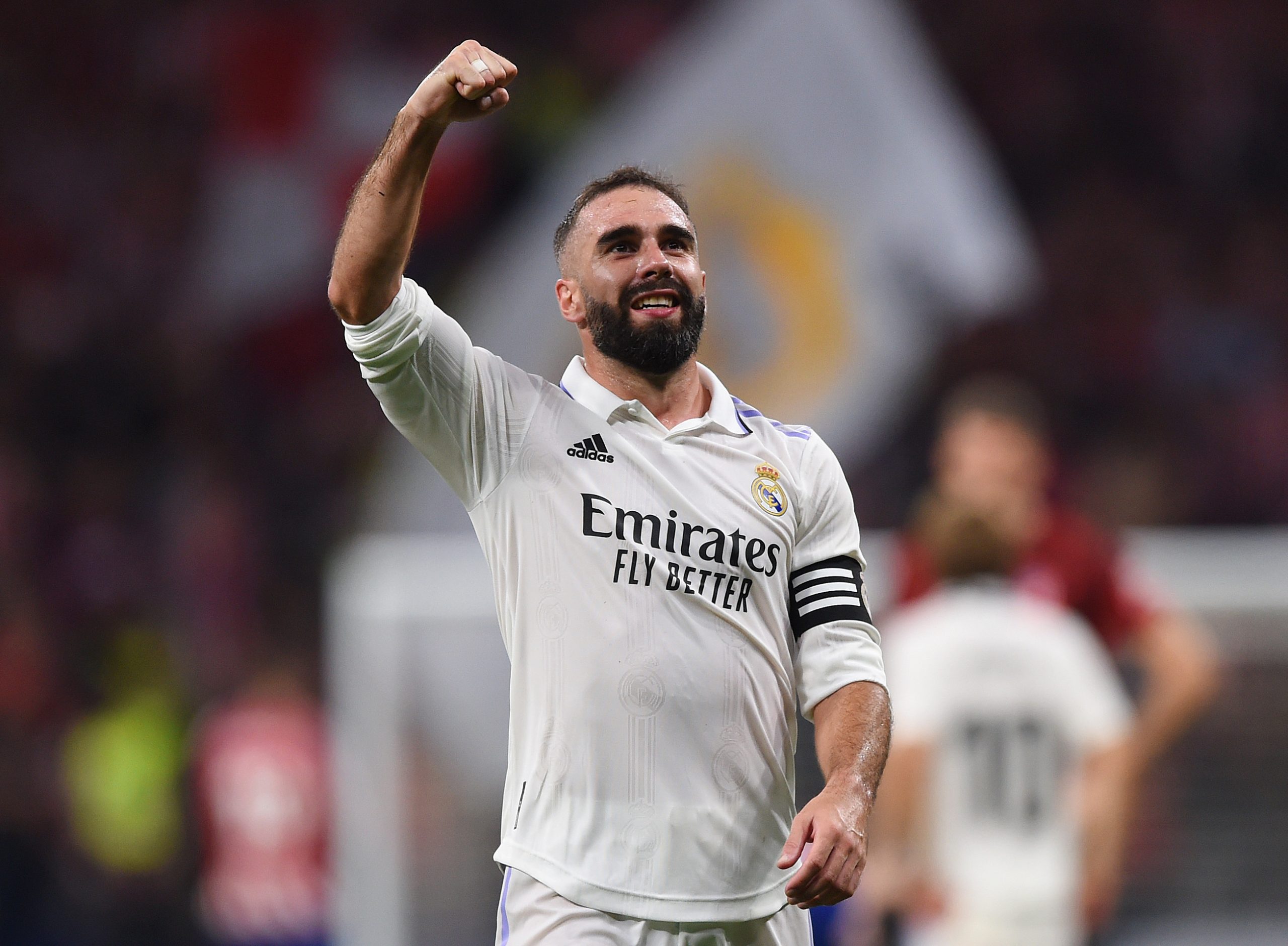 Real Madrid will be aiming to take another step towards qualifying for the next round of the UEFA Champions League when they face Shakhtar Donetsk in Matchday 3 at the Santiago Bernabeu on Wednesday.

Real Madrid are at the top of Group F after cruising to wins against Celtic and RB Leipzig and will be aiming to build on that run with another victory against the Ukrainian giants.

On the eve of the game, veteran defender Dani Carvajal attended the press conference with manager Carlo Ancelotti during which he opened up on the club’s past successes and their chances of doing well this season (h/t MARCA).

On the squad: “We have the best footballers for the next generation, combine that with the veterans and we have the perfect squad.”

On his trophy haul at Real Madrid: “I feel very lucky to have won five Champions League titles with Real Madrid.”

On the situation in Ukraine: “Ukraine’s situation is a tragedy. Shakhtar can’t play at home, and they’ve lost many important foreign players – they’re doing incredible in the competition so far and I hope they’ll bring happiness to their fans.”

On Real Madrid’s success in the UCL: “We’ve been the best team in the Champions League in the last few years.

On Xavi’s comments about UCL not always being fair: “I think that when you’ve won the Champions League five times in the last nine years, luck is out of the question.”

On Real Madrid’s chances this season: “I think we are among the four or five teams that can win the UCL.”

On his physical condition: “I’m really good, I’m playing a lot of minutes.”

On the team mentality: “The values of this club teach you to always fight until the end.”

On the importance of the Shakhtar clash: “It would be a very important step to consolidate the first place. Sunday’s game is forgotten”

On the role of full-backs: “Full-backs are expected to go forward, but you have to make sure your main job which is to defend – that’s a priority.”

On Karim Benzema’s missed penalty vs Osasuna: “I don’t think Karim will have much influence on scoring or missing a penalty, he would be angry on Sunday, but that’s it, he’s the best in his position. Hopefully, he can score two or three goals tomorrow.”

On the criticism towards Benzema: “We all know how football works, it’s very demanding, a couple of bad games and you’re crucified. Karim can turn the situation around tomorrow.”

On the fear of missing the World Cup: “Today I don’t think many players are thinking about the World Cup. It’s a compressed calendar and we all want to be at the top. We’ll see what happens ten days before the World Cup.”