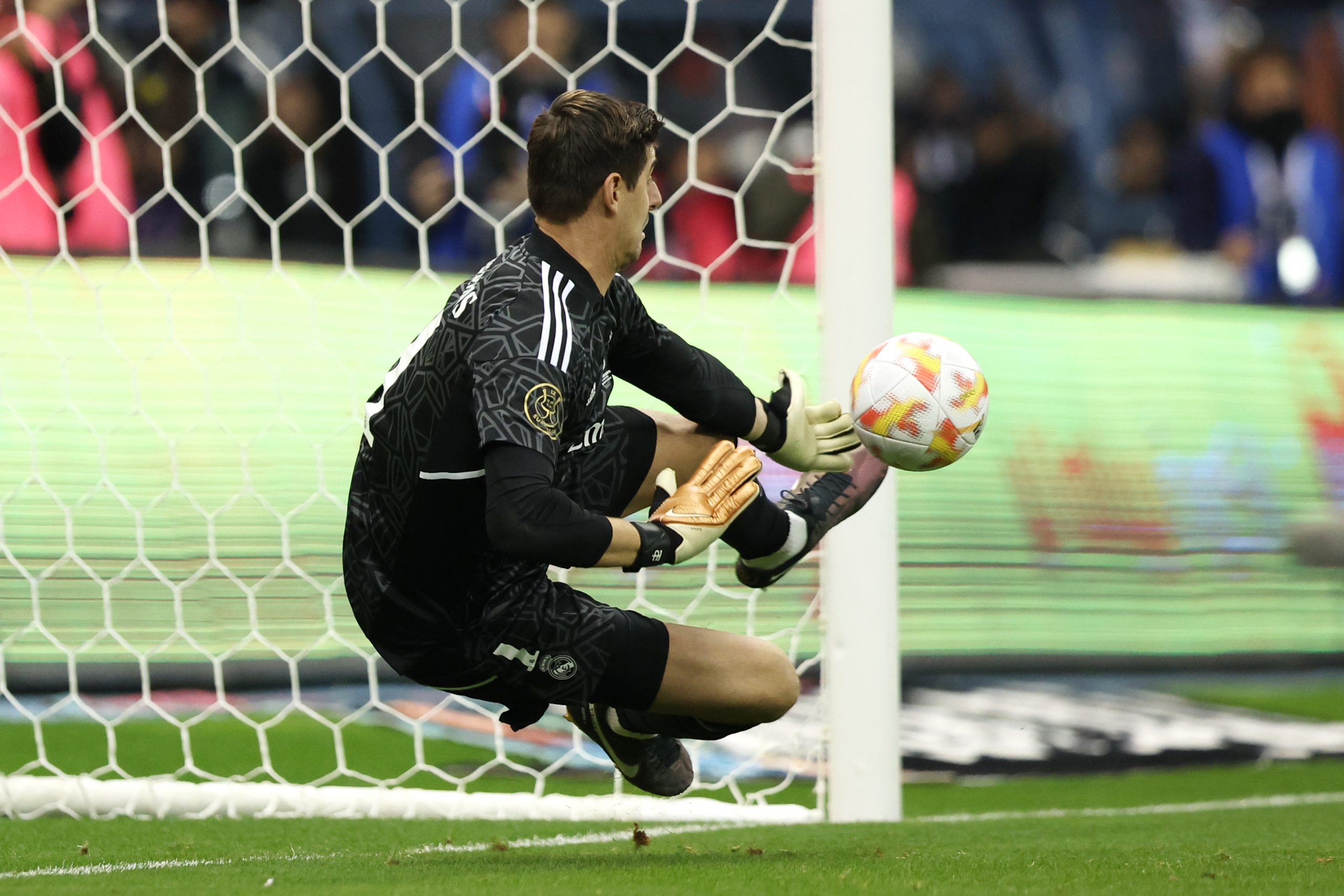 Thibaut Courtois was rightly named the Man of the Match following Real Madrid’s win over Valencia in the Spanish Super Cup semi-finals. The 30-year-old made two vital saves from inside the box to deny Los Che a win during the game before making a crucial stop in the penalty shootout.

With the win, Carlo Ancelotti’s side move into the final of the Supercopa de Espana which will be played later this week. The goal in mind, undoubtedly, will be to defend their title and hoist their second trophy of the season.

The man-of-the-match spoke to the media after his team’s win at King Abdullah Sports City and discussed a plethora of topics including his performance, the upcoming final and his recovery. Here are the snippets of his interaction with the press.

The Merengues took the lead in the 39th minute through Karim Benzema but were poor in front of goal apart from the penalty-winning chance. The goalkeeper commented on his team’s lack of sharpness in the final third and Valencia’s strong attacking threat.

“We were good with the penalties but we weren’t so good in front of the goal. They had some chances towards the end, but I managed to make the saves. We have to keep improving and we have a few days to train hard,” he said.

Having secured their place in the next round, Los Blancos will face either Barcelona or Real Betis in the final at the weekend. When asked about his preference of opponent, Courtois bluntly said that it did not matter, saying:

“We don’t care. They’re both very good sides and they’re playing well. Both of them will make it difficult for us and it’s going to be a great final. Let’s see who wins out of the two and then we’ll see the gaffer’s tactics that will help us perform at our best.”

The Belgian International missed five games through sciatica last year and spent close to three weeks on the sidelines. He said that he had recovered significantly, but still felt discomfort on occasion.

“There’ve been games in which I haven’t felt that comfortable. But these aren’t excuses, when you play, you play. Maybe in some decisive stops, I wasn’t there, but I still felt very good,“ he said.

Real Madrid have been sloppy in the back this season, leading to an increasing sense of dependency on Courtois to pull them out of danger. The shot-stopper was asked about the team’s dependence on him to which he said:

“That doesn’t worry me. Perhaps we have to find a way of scoring more goals and, in my case, of not conceding goals like the one against Villarreal the other day. We have to start the second half better, but it also depends on the coaches’ tactics.

“We have to see where we can improve with the coaching staff, but there’s nothing to be concerned about.”

Guarding the post during penalties is amongst the most difficult skill sets for any goalkeeper to achieve mastery in. Courtois said that he never trained specifically for spot-kicks, yet was not deprived of practice.

“While it’s true that we don’t train for penalty shoot-outs, obviously if a teammate wants to take a penalty in training, then go ahead.”

The UEFA Champions League winner closed his interview by revealing the secret behind his success in penalty shootouts and the hours of behind-the-scenes work it took to achieve it.

“I watch videos of the penalties that have been taken, for example, Cavani, who in his last few games has placed them more to the right and that’s why I went that way,” Courtois stated.

“Gayà missed against Sevilla on the left side and before that he went down the middle, so that’s why I went that way. My teammates have also shot very well and that’s to their credit.”