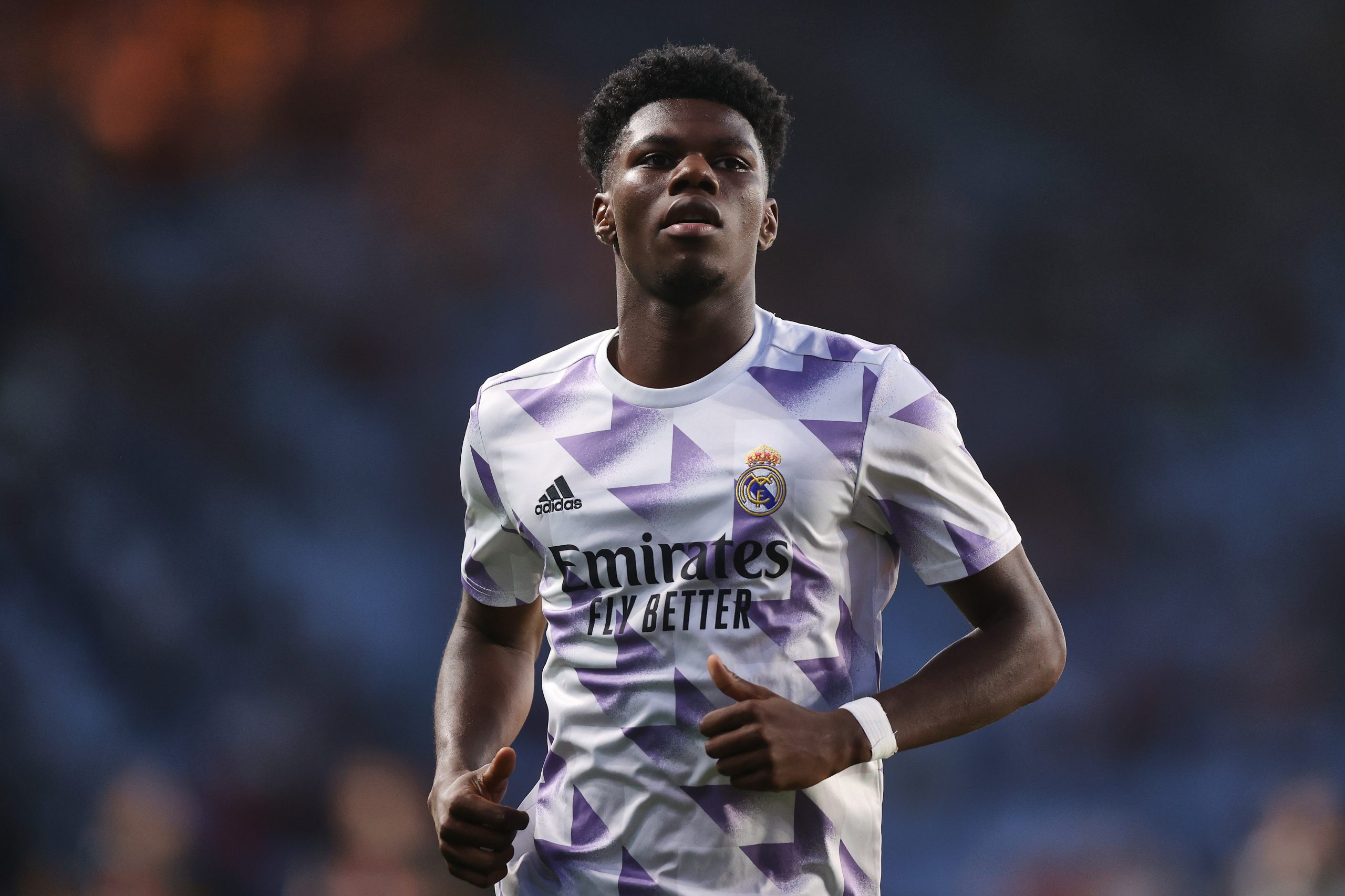 While there were question marks over why Real Madrid had paid a lofty fee of €100 million to sign Aurelien Tchouameni, hindsight has put all such doubts to bed.

The French international’s performances have impressed to such a degree that a number of observers have mentioned that club legend Casemiro’s absence has not been felt one bit so far.

Many have even claimed that the 22-year old is superior in possession to the now-Manchester United defensive midfielder, which allows Los Blancos to control games in better fashion after his arrival.

One of his biggest admirers seems to be none other than France boss Didier Deschamps, who was full of praise for the former AS Monaco starlet.

“Aurelien has everything, even if he’s still young. Beyond everything, he’s capable of doing on the pitch, in his head he is made for that too”, he said, as quoted by journalist Frederick Calenge (h/t Madrid Zone).

It is certainly impressive to see how Tchouameni has not missed a beat since joining arguably the biggest club in the world.

Additionally, the generational talent is yet to seem unfazed, despite replacing a player of Casemiro’s ilk, who formed one of the greatest midfield trios in the history of the game alongside Toni Kroos and Luka Modric.

The ex-Bordeaux academy graduate’s importance to the European champions is already evident, as he has been excluded out of the starting lineup out of one match out of a total eight for his club this season.

The frightening prospect that remains is to ponder about how much the gifted midfielder can improve over time, seeing he may be the most in-form number six in Europe currently.

With Didier Deschamps being a fan of Aurelien Tchouameni’s ability and mentality, it seems as if the only way is up for the prodigy.