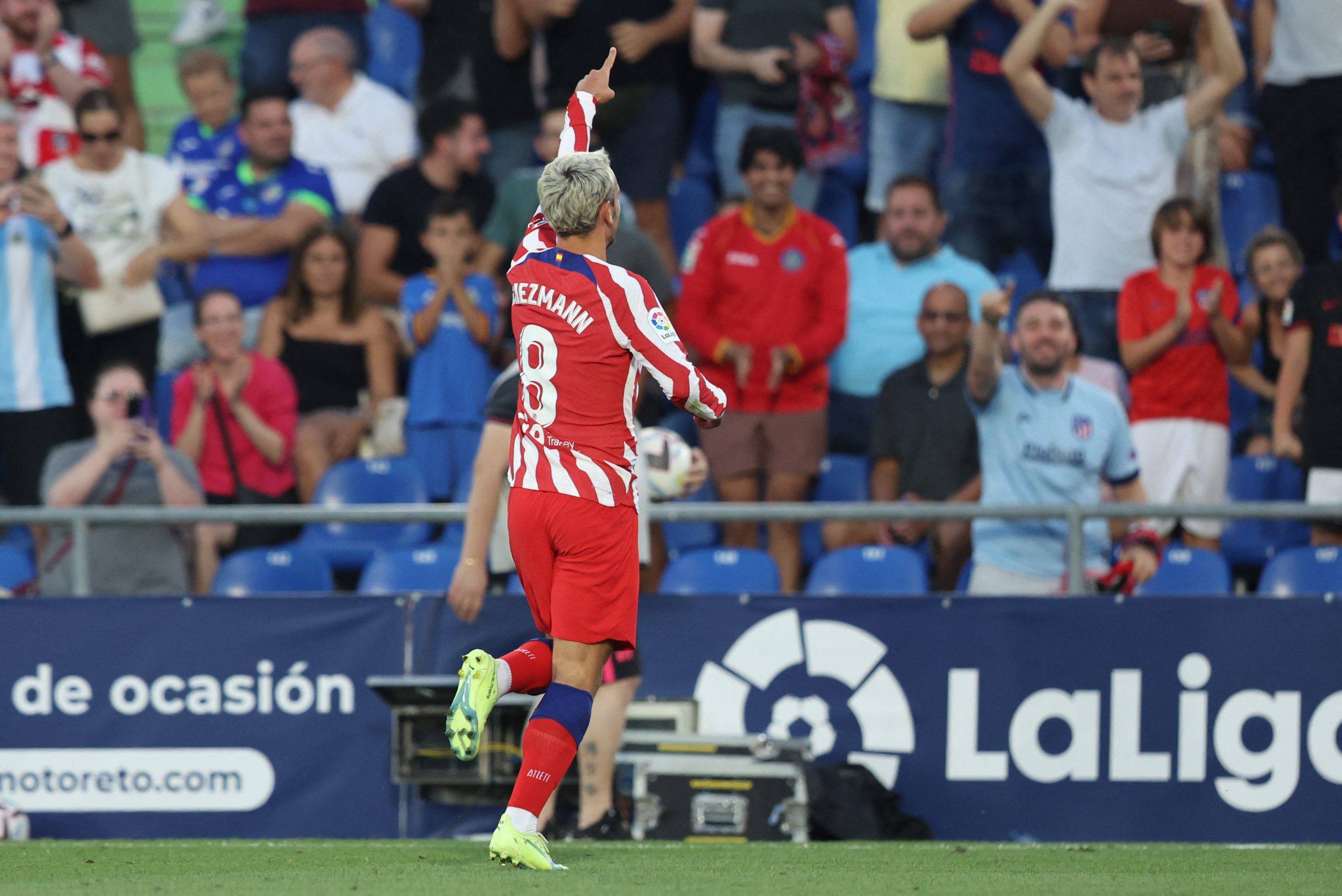 When Antoine Griezmann slammed the ball past David Soria at the Coliseum Alfonso Perez, it was clear that the goal was very special for him. After all, it was the Frenchman’s first league goal since November 2021 when Atletico Madrid beat Cadiz.

It just took him 13 minutes on the field to combine with Joao Felix and seal the game for his team on the night. Griezmann had got his campaign off to a flyer, but ironically, reports immediately began flowing in that the club were looking to part ways with their French star.

Ahead of his team’s clash against Villarreal, Diego Simeone addressed the press where he spoke about Griezmann’s situation. As quoted by Antonio Ruiz, he said,

“I hope he continues with us, I appreciate him and I love him. I hope he can continue in the same line he had in the pre-season and this Getafe match.”

The manager then proceeded to talk about what made the former Barcelona player special and outlined his role in the team.

“He is adaptable to other positions and allows us to be more offensive from midfield forward. He has a vision of the game and work.”

Griezmann is now in the second year of his loan at Atletico Madrid and the club will have to shell out €40 million if he participates in at least 50% of the games across his spell.

Last season, he played 33 out of 40 games, thus registering an appearance in over 80% of the matches.

Los Rojiblancos do not intend to pay such a large sum for a player who has struggled to contribute. In fact, they are reportedly trying to offload the striker, following which Simeone was asked to comment on the Frenchman.

While the clause does not kick in until the end of the season, Simeone will be forced to bench Griezmann for most of the games henceforth to keep his appearances under 50%.