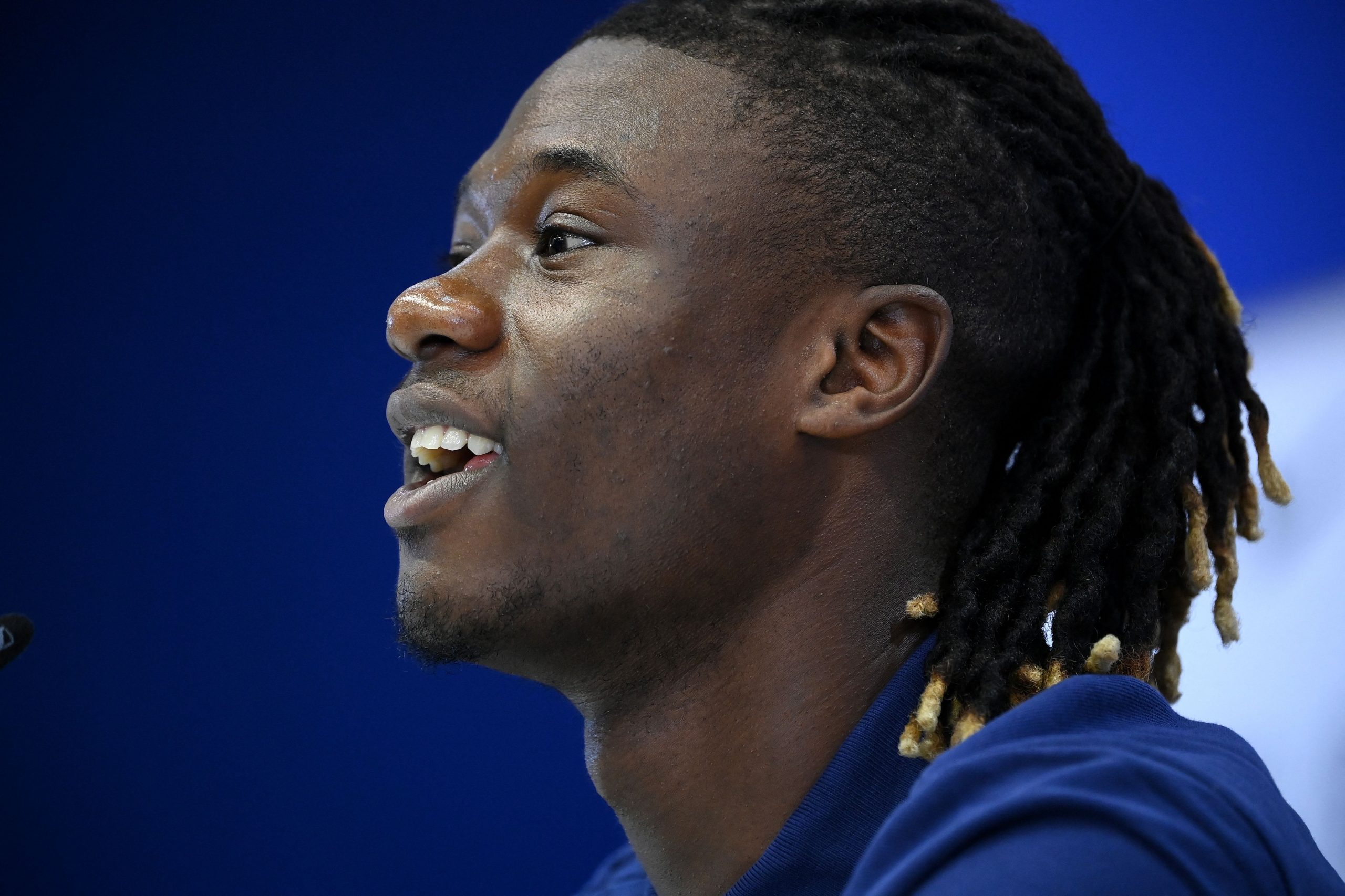 Eduardo Camavinga is one of many young midfielders in the France team tasked with the responsibility of replacing the injured duo of N’Golo Kante and Paul Pogba in this ongoing World Cup.

Speaking in an interview with Le Parisien Camavinga has talked about his position in the French team, praising coach Didier Deschamps in the process. He has also hailed Real Madrid coach Carlo Ancelotti, along with the experienced Luka Modric.

Modric, in particular, appears to have helped Camavinga a lot during his time at Real Madrid so far. “You learn a lot from great players like Modrić. He tells me to play with simplicity, to control myself and, when I have the opportunity, to go forward with the ball. He helps me to stay calm,” he said.

The former Rennes went on to describe more intimate interactions with the Croatian, adding, “On my birthday, Modrić tried to congratulate me in French. It wasn’t right, but I liked the intention (laughs). Modrić told me that he could be my father because he is 17 years older.”

Camavinga is not the only Real Madrid star who has praised Modric recently, with Brazilian sensation Rodrygo also heaping praise on the ageing midfielder on a column for the Players’ Tribune.

Apart from his comments on Modric, Camavinga praised national team coach Didier Deschamps, adding, “Didier Deschamps.. what comes to mind is world champion. He won as a player and as a coach. We play in the same position, so his advice carries a lot of weight.”

He also said it is a privilege to be coached by both Deschamps and Ancelotti. “Deschamps often corrects my body positioning. I have a weakness in my game where I often position my body with my back to the game. It’s a dream to be coached by him and also by Ancelotti.”

The Frenchman further revealed that former Real Madrid coach Zinedine Zidane was another inspiration for him. “I learned roulettes from watching Zidane. I wasn’t even born when he won the World Cup. My father had tapes of the 98′ World Cup,” he said.

Camavinga talked about Real Madrid superstar Karim Benzema, revealing that the two of them have an excellent relationship. “Benzema is a role model. Ballon d’Or winner and Real Madrid captain. He’s someone very important in my life and he made me very comfortable in Madrid. We have a great relationship,” he remarked.

Finally, the former Rennes starlet talked about his early youth, stressing the importance football played in helping him gain French citizenship. “My father fought a lot to get us French citizenship. The fact that it was me, thanks to football, who was able to speed things up and help them get rid of this burden is a wonderful thing for me. My father even cried.”

Camavinga’s comments come just a day before France take on Denmark in the second group game of the World Cup. A win for Les Bleus could go a long way in helping them seal a spot for the qualifying rounds.

Official: Hazard, Courtois crash out of World Cup, Modric’s Croatia through to the knockouts 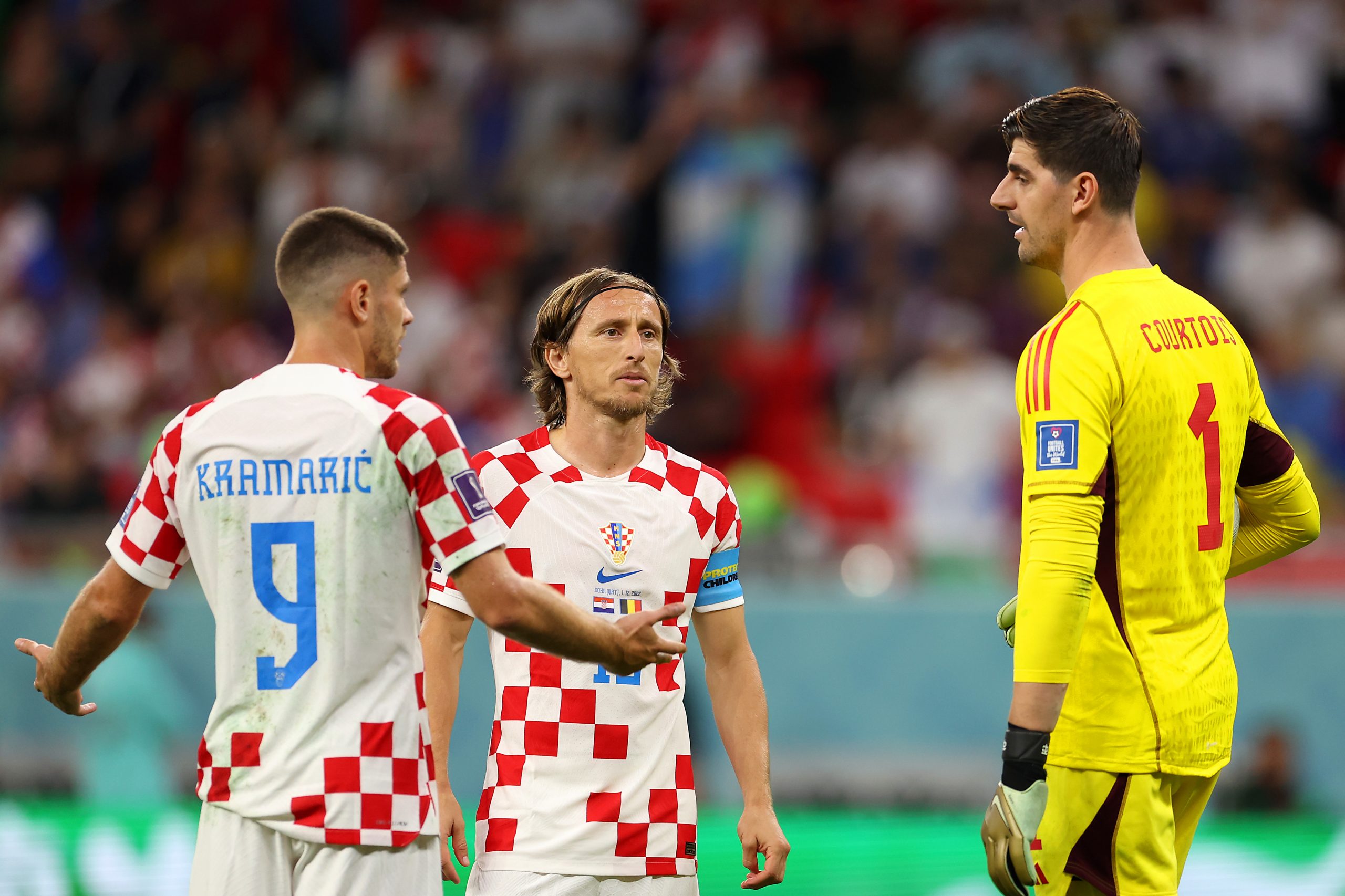 After a tightly-contested affair that ended in a goalless draw against Croatia, Eden Hazard’s Belgium are out of the FIFA World Cup 2022. Luka Modric’s side, however, have made it through to the Round of 16, finishing second in Group F.

Eventually, Hazard, Courtois & co. are out, while Modric will lead Croatia into the Round of 16, where they could likely face Spain.