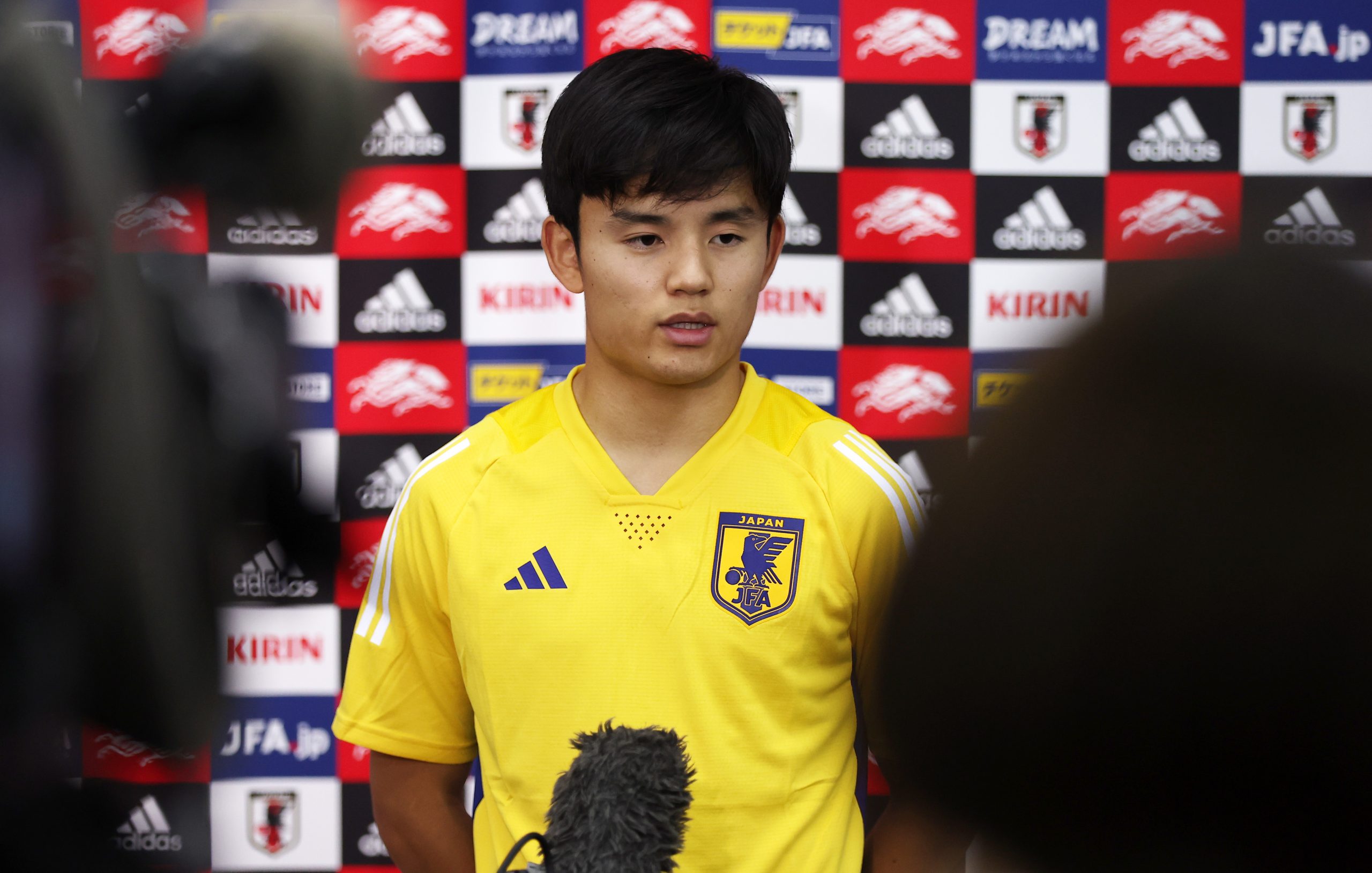 Speaking in an interview with MARCA, Real Sociedad and Japan forward Takefusa Kubo has claimed that he is not thinking about returning to his former club Real Madrid at this point.

The 21-year-old, who had previously spent time at Barcelona’s La Masia academy, signed for Real Madrid in 2019, arriving from Tokyo FC.

However, Kubo was shipped off on loan year after year, as he had stints with RCD Mallorca (twice), Villarreal and Getafe before joining Real Sociedad permanently in the summer earlier this year.

But, Los Blancos inserted a future buyback clause for the Japanese international in their agreement with La Real. And recent reports indicate that the Spanish and European champions will be closely following Kubo at the ongoing FIFA World Cup 2022.

While Real Madrid may be monitoring the 21-year-old, the winger himself is not thinking about returning to the Santiago Bernabeu at this point.

Furthermore, Kubo claimed that he is very grateful to Real Sociedad for taking a chance with him as that made it possible for him to be at the World Cup.

“Right now I’m a Real Sociedad player and I don’t think about anything else. The coach looks after me very well, and so do my teammates,” Kubo said.

“If it wasn’t for Real [Sociedad], I would have lost my ticket for the World Cup. Now I’m lucky to be called up among the 26 and I thank the Real family. I don’t think about anything else,” he added.

Since joining Sociedad from Real Madrid, Kubo has been a regular for Imanol Alguacil’s side, managing to score two goals and assist four more from 17 matches in all competitions.

Representing Japan at the World Cup, Kubo will come face to face with some of his former Barcelona and Real Madrid teammates as the Asian nation has been drawn in the same group as Spain.

When he asked if he had many friends in the Spanish national team, Kubo replied: “Yes, I do, but I haven’t spoken to anyone so far.”

And when probed to name his favourite players from La Roja, the Japanese opted for Barcelona duo Ansu Fati and Eric Garcia, saying: “I would choose Eric or Ansu because they are my friends.”

Kubo will begin his World Cup campaign today when Japan face Germany. And Real Madrid will likely be keeping a close watch on how the 21-year-old fares.