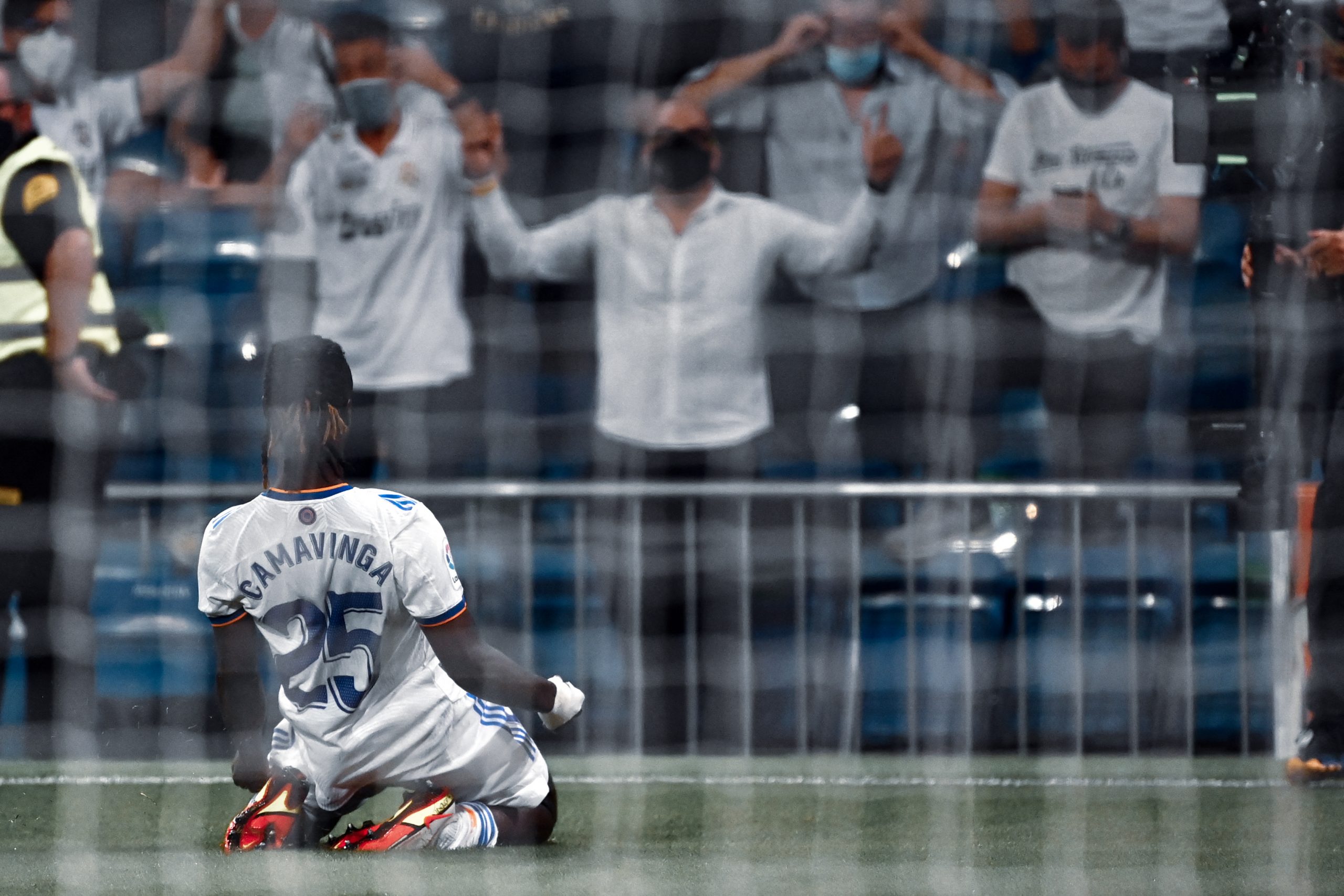 Of the multiple departments in Real Madrid next season, the midfield will probably see the most fierce competition. Carlo Ancelotti will have an interesting mix of experience and youth at his disposal and it remains to be seen whom he uses as his go-to combination.

Luka Modric, Toni Kroosm and Casemiro are the team’s evergreen trio and will likely continue to feature in all major games. However, Federico Valverde, Eduardo Camavinga and Aurelien Tchouameni are all real contenders to push for a starting spot too.

According to reports from MARCA, Camavinga is pushing to become a starter in the team for the coming season. After a season with several impactful appearances off the bench, the youngster feels he can provide more to the team.

Last season, Camavinga was called upon in 26 of Real Madrid’s 32 league games. In that duration, he scored two goals, provided an assist and averaged over nine defensive actions per game.

In addition, he was key to Madrid’s UCL run, coming off the bench to change games completely in each round. He was, arguably, the protagonist of all their iconic comebacks.

The youngster will look to replace either Modric or Kroos in the coming season, but it will likely be the former who is sacrificed by the manager. At 36 years of age, the Croatian requires careful management and will no longer start on a weekly basis.

While the player is motivated to have a bigger role in the team, it remains to be seen if Ancelotti echoes the idea.

The manager had Valverde as his first choice backup last season, opting for the Uruguayan’s services on 31 occasions in the league. Needless to say, Camavinga will have to work hard to climb up the pecking order.