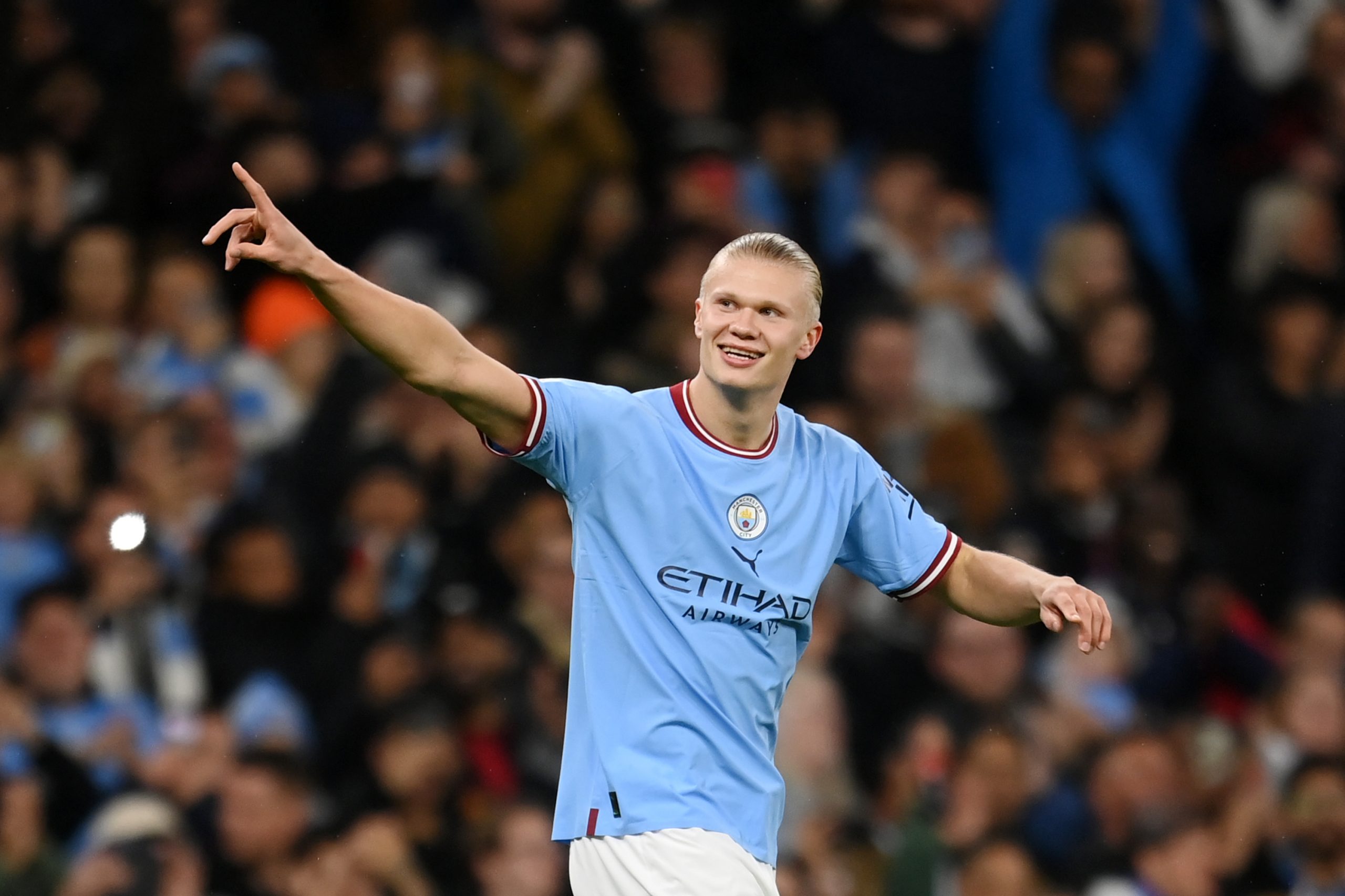 Manchester City manager Pep Guardiola has refuted the claims that star striker Erling Haaland has a release clause in his current contract, saying that the player is ‘incredibly happy’ at the Etihad at this moment.

Despite signing for Manchester City in the summer of 2022, Haaland’s future has been thrown in the air so much so that the Norweigian is already said to be a target for Barcelona and Real Madrid in 2024.

Reports in Spain have been doing rounds that the former Borussia Dortmund striker has a release clause in his City contract that would allow him to sign for Real Madrid in 2024 for a fixed fee; said to be around €200 million in 2024 or €175 million in 2025.

However, speaking after his team’s 5-0 thrashing of FC Copenhagen in the UEFA Champions League, which took them closer to knockouts qualification, Guardiola confirmed that the rumours are false.

“It’s not true,” he was quoted as saying by The Guardian. “He has no release clause for Real Madrid or any other team. It’s not true, what can I say? I have the feeling he is incredibly happy here and we will try to make him happy.

“You cannot worry about the rumours, we have to worry about what we can control,” he added.

Haaland has been an absolute phenom for Manchester City this season, chalking up 19 goals and three assists in all competitions.

It must be noted that the striker’s ongoing contract with City runs until 2027 but Spanish media has speculated that he would, in fact, make a transition before it runs out.

Josep Pedrerol had mentioned that it was Haaland who insisted on putting an exit clause in the first place two years from his date of joining while putting Real Madrid on the top of his agenda.

“Haaland puts in a clause that allows him to leave after two years but with priority for Real Madrid. Madrid puts up whatever money it takes and takes Haaland without talking to City,” he had said.

But for now, City are working towards an extension already as they want him to continue at the Etihad for a longer time.