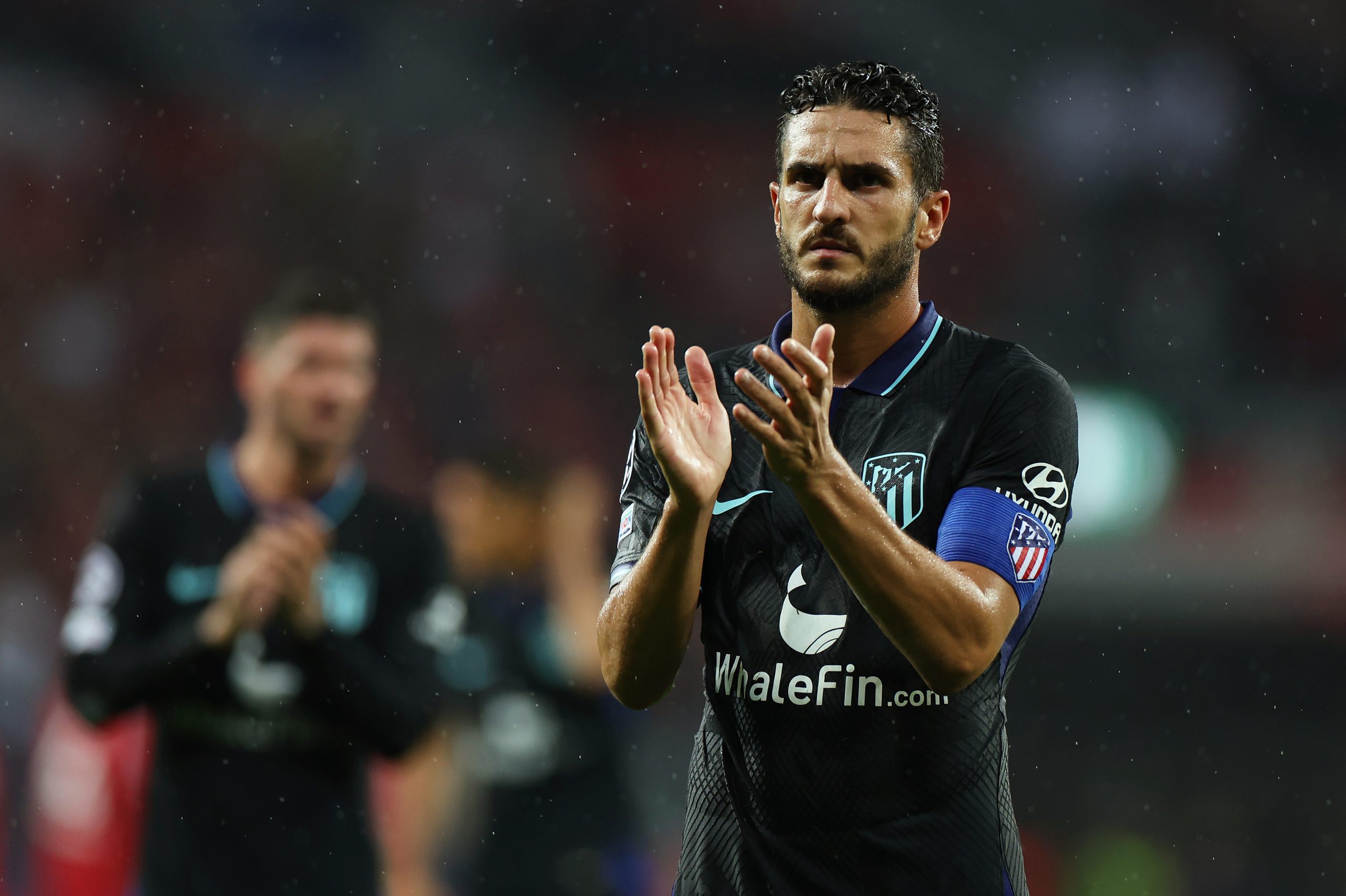 When Atletico Madrid faced Sevilla in La Liga this past weekend, captain Koke reached a huge personal milestone. Starting the game, the Spanish midfielder became the player with the most number of appearances in the history of the club, going past Adelardo Rodriguez.

The 30-year-old has been at the club throughout his career and has been a mainstay in the side for a decade or so. In the process, he has stepped out on the pitch for Atletico Madrid 555 times, most by any player.

And earlier today, the club held a homage ceremony in honour of their captain’s record, where he was felicitated with a plaque to commemorate his achievement. At the same time, the previous record holder, Adelardo Rodriguez was also honoured by the Rojiblancos.

Speaking at the event, Koke said: “I feel very nervous. It’s a very special day for me, it was last Saturday. Today I have here someone who has been a part of me since I started my career until today. They have all contributed their grain of sand to be the person I am.

Looking back at his career, Koke said that he felt proud of everything he had achieved at Atletico Madrid, saying: “Reviewing my career I feel proud. There are many mixed feelings, but in the end, it’s about feeling what you do. I told my colleagues the other day: it’s important to feel identified with what you do and with what you feel.”

He further mentioned that he wanted to continue for much longer. After Koke spoke, tributes followed for the skipper as fellow captains Jan Oblak, Jose Maria Gimenez and Stefan Savic took to the stage to congratulate him.

“Koke, first congratulations, what you have achieved is wonderful and any child in the academy dreams of it, just as you dreamed of it at the time,” Gimenez said.

“Thank you for the colleague you are, for the person you are, and because from the place you had, you guided us with a word, but above all with an example. May you continue writing this beautiful story, which as You said, I’m not done yet.”

Manager Diego Simeone also lauded his ward, saying: “I was lucky as a coach when I arrived to find a young boy with many intentions, a lot of enthusiasm, who was growing and learning from all the teammates he had and who marked the path that he is marking today.”

“We already talked about it in the locker room when we congratulated him: a person with commitment, with responsibility, always leaving aside the place that he has in each game looking for the best for the team. That is the way to go.”

“What you are achieving is thanks to your effort and sacrifice. Every day you earn your job, you are the player who runs the most and who makes his teammates grow the most. Thank you and keep enjoying yourself,” former captain Gabi said.

“Never change and being the way you are is what has brought you here. Don’t get tired and keep inspiring everyone who come from behind. We need to dream and we know that if you dream big… you can achieve anything.”

Winding up the ceremony, president Enrique Cerezo said: “You only made me have a bad week in these 24 years that we have spent together. When you went from cadet to youth and Real Madrid came for you.

“It is true that I gave my best, but otherwise I would have felt your complicity and If you hadn’t wanted to continue at this club… well, we wouldn’t be living all this. Thank you for your behaviour and your performance.”