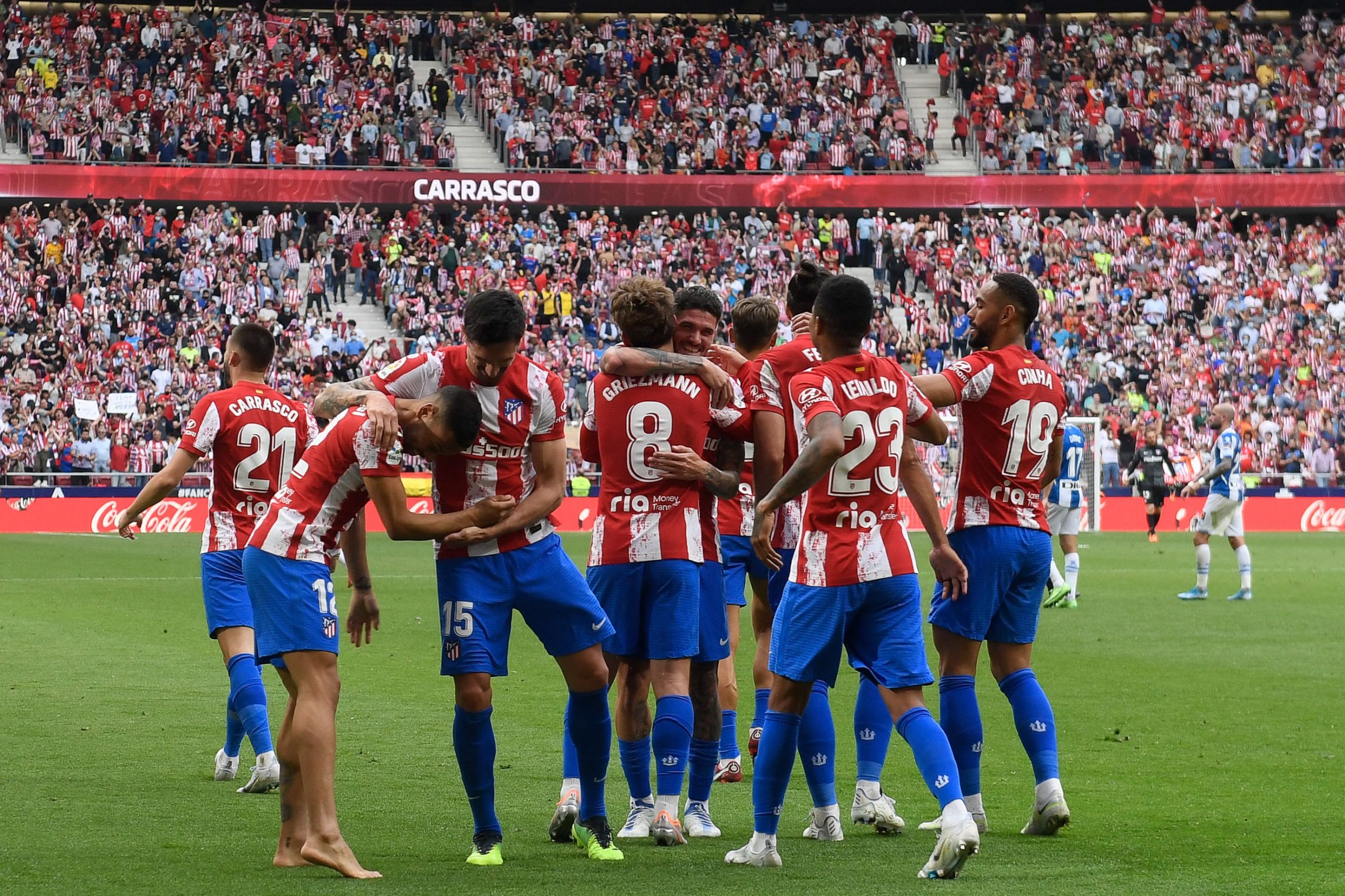 Atletico Madrid hosts Real Madrid in the Wanda Metropolitano in a clash that could determine their season. Los Blancos are fresh from winning La Liga and confirming a spot in the Champions League final, where they will play Liverpool.

The risk factor in the game comes in the fact that Atleti are three points ahead of Real Betis, with games against Sevilla and Real Sociedad yet to play. This means that the risk of playing in the Europa League next campaign is very much real.

Los Rojiblancos’ objective, however, is to secure a top-four finish, with second seemingly too far away now.

Dropping points could be disastrous to their hopes of a Champions League spot, and they should take full advantage of the additional rest they had from not playing in midweek.

Ahead of the mouth-watering clash in the Spanish capital, Madrid Universal takes a shot at predicting Diego Simeone’s starting lineup.

Atleti have several players missing for this tie, starting with Mario Hermoso who was suspended after picking up his fifth yellow card against Athletic Club. Joao Felix and Thomas Lemar are out for the season, while Reinildo Mandava has picked up a knock.

We expect Sime Vrsaljko to start as a centre-back on the right side in a back-three, given the skills and pace of Vinicius Junior down that flank. Stefan Savic will offer support to Jose Gimenez on the left of the back three at the heart of the defence.

The trio will be guarding Jan Oblak in goal, having let him down immensely in the previous match. The Slovenian conceded an own goal and a penalty due to his defence’s careless blunders, and he will be hoping that the same does not repeat itself.

Marcos Llorente should ideally start in the right wingback role due to his proficiency at creating danger from that area. This will also be especially useful against the pace and drive of Vinicius or Rodrygo, so he should expect to help Vrsaljko in defence as well.

In the opposite flank, Renan Lodi should start for Los Rojiblancos. He should provide an offensive edge and some slight defensive buffer against one of Marco Asensio or Rodrygo Goes.

In the centre of the park, Geffrey Kondogbia, Rodrigo de Paul and Koke are expected to start for Atleti. They have vast experience playing together at the highest level, and this experience will be especially crucial against Madrid’s midfield.

The final third starts itself, given there are only two spaces left. Angel Correa has played well for not more than an hour and, as such, should be expected to play up until the 60th minute.

In his quest for a fourth league goal, Antoine Griezmann should partner with him in the attack. He has a history against Real Madrid, and his work rate will be crucial against the likes of Eduardo Camavinga and Federico Valverde.

As can be seen below, the setup will be a 3-5-2, one which Atleti are more than cognisant of at the moment. Diego Simeone will hope to nullify the wide attacks from Real Madrid through the pair of wingbacks while also exploiting their defence with their striking duo.

Given the reports in the news of late, this could be one of Luis Suarez’s last chances to make an impact in a great fixture. The Uruguayan can be expected to come in for Correa in the second period.

If Atleti needs more of a midfield presence, Llorente can be moved centrally and Vrsaljko out wide. The replacement in the defence will hence be Felipe.

Depending on how Lodi performs, Simeone can always place a bet on Yannick Carrasco to make an impact as a substitute in the second half. His dribbling will cause trouble, especially against one of Dani Carvajal and Lucas Vazquez.

Finally, Matheus Cunha can be relied on to come on for Griezmann in the second half. The Brazilian has had a decent spell of form this season, scoring five and assisting four in 25 games, out of which only five have been starts.

Hector Herrera could be brought on to add more defensive depth to the midfield, especially if Atleti are defending a lead.