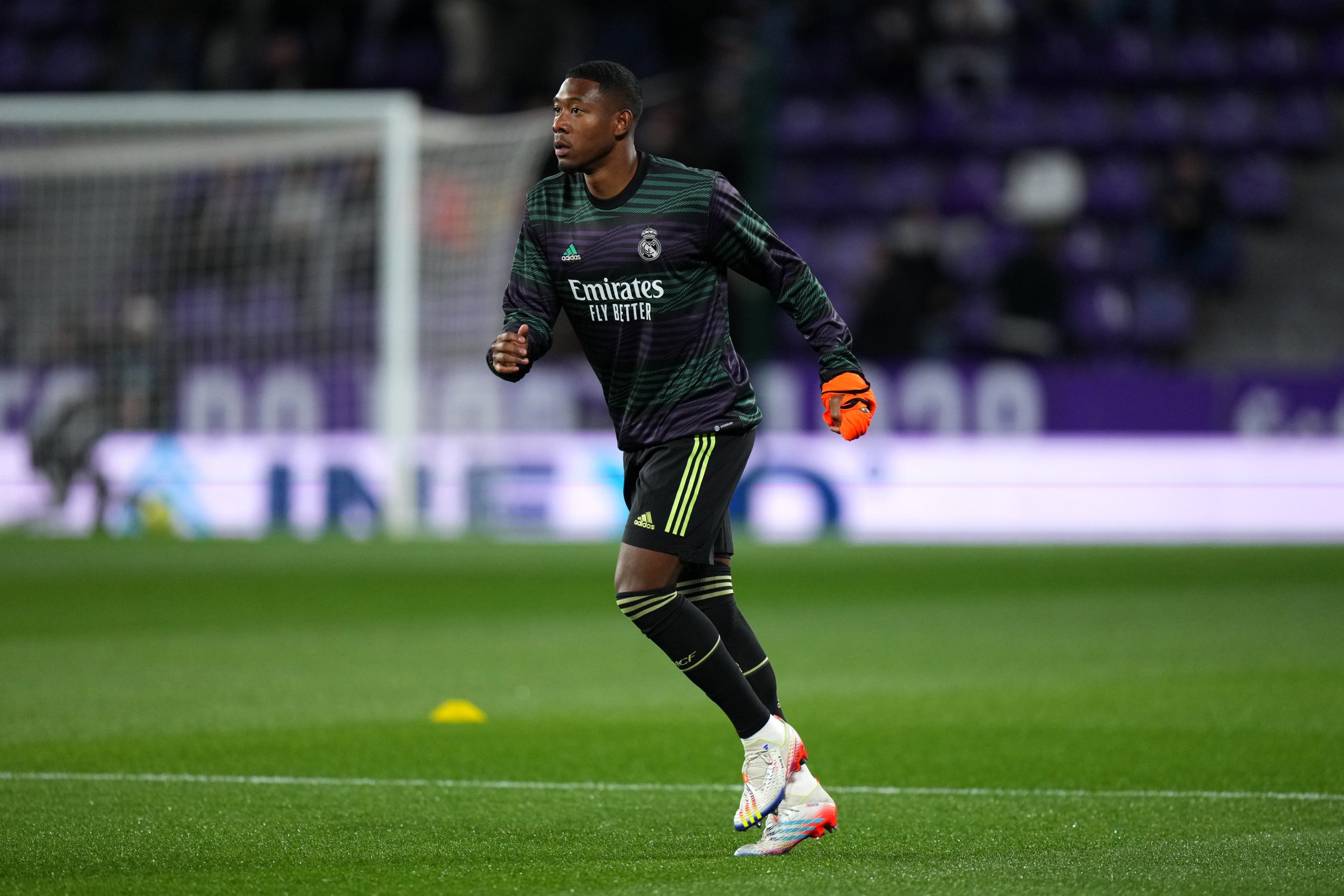 Real Madrid will square off against neighbours Atletico Madrid in the quarter-finals of the Copa del Rey on Thursday night. And in the lead-up to the game, Carlo Ancelotti’s men may have received a fitness boost.

Indeed, according to MARCA, the Merengues could recover injured defender David Alaba in time for the Madrid derby in the cup competition.

The Austrian defender has been out of action since he picked up a muscle injury during the La Liga game against Villarreal earlier this month.

As a result, Alaba missed Real Madrid’s trip to Saudi Arabia for the Spanish Super Cup, while he was also unavailable for the Copa del Rey encounter against Villarreal and the La Liga clash versus Athletic Club this past weekend.

However, manager Ancelotti had expressed some optimism that he could have the defender back this week.

And it seems like that might be the case, with Alaba said to be in contention to be available for the match against Atletico Madrid on Thursday.

However, the same cannot be said of Aurelien Tchouameni, who has begun individual work after picking up a similar injury to that of Alaba earlier this month.

Meanwhile, Dani Carvajal’s involvement is also a major doubt while fellow right-back Lucas Vazquez is ruled out for at least one more month.

Alaba’s potential could come as a boost for Ancelotti & co. and if fully fit, the Austrian could pair up with Eder Militao at the heart of the Real Madrid defence against Diego Simeone’s men in the quarter-finals of the Copa del Rey.

The former Bayern Munich defender has not been at his best this season, but given that Antonio Rudiger has also been highly inconsistent, it will be interesting to see who Ancelotti decides to back for the derby against the Colchoneros.